Trump declares war on US as protests spread across the world

US PRESIDENT Donald Trump has declared war on his own citizens, threatening to send the country’s military onto the streets as the uprising spreads to more than 75 towns and cities.

In a phone conference today, a belligerent Mr Trump berated state governors for failing to deal with escalating tensions triggered by the killing of unarmed black man George Floyd in Minneapolis at the hands of the police last week.

“Most of you are weak. It’s like a war. And we will end it fast. Be tough. You have to dominate” and “if you don’t dominate you’re wasting your time,” he said.

It was the first time he had been seen in days, as conflict rages across the US with mass protests and pitched battles with police and the national guard.

In Monday’s Rose Garden speech Mr Trump pitched himself as the president of law and order — as the sound of rubber bullets and tear gas was heard being used to disperse peaceful protesters congregated close to the White House.

His speech indicated an escalation of force, despite warnings — even from his own party — that his approach would deepen divisions in an increasingly fractured society.

“In the United States, protests triggered by the killing of George Floyd are highlighting not only police violence against people of colour but also inequalities in health, education, employment and endemic racial discrimination,” she said in a statement.

Yet Mr Trump is militarising the response, branding the protesters “a total disgrace” and threatening to designate Antifa a terrorist organisation.

“I’m dispatching thousands and thousands of heavily armed soldiers, military personnel and law-enforcement officers to stop the rioting, looting, vandalism, assaults and the wanton destruction of property,” he said.

Such a move would require the president to invoke the Insurrection Act, a move last used in 1992 when the streets of Los Angeles erupted in rioting after the acquittal of five white police officers for assaulting black man Rodney King.

Mr Trump’s threats came after members of the national guard shot dead another unarmed black man in Louisville early on Monday. Chef David McAtee was killed as security forces claimed to have “returned fire” as they dispersed crowds outside a restaurant.

Louisville Metro police chief Steve Conrad was fired after the incident when it emerged that the officers who fired shots had either switched off or failed to turn on body cameras.

Despite the chaos, Mr Trump insisted that he would swiftly take control of the US streets, staking his political future on the issue of law and order as critics rounded on him both domestically and on the world stage.

The music industry showed solidarity with the protests as record labels, radio stations and others held an eight-minute pause yesterday marking the length of time that Minnesota police officer Derek Chauvin knelt on Mr Floyd’s neck as his life ebbed away. Black Out Tuesday was joined by actors and other celebrities, who expressed anger over the killing and demands for justice.

Hip-hop artist LL Cool J took to social media to post a rap with the lyrics: “For 400 years you had your knees on our necks, a garden of evil with no seeds of respect.

“In America’s mirror all she sees is regret, instead of letting blood live they begging for blood let.”

Mr Trump’s probable Democratic Party challenger for the US presidency in November’s election Joe Biden said: “Hate just hides. It doesn’t go away, and when you have somebody in power who breathes oxygen into the hate under the rocks, it comes out from under the rocks.”

But the former vice-president, who has been dogged by accusations of racism throughout his political career, was slammed for remarks suggesting that police should shoot protesters “in the leg instead of the heart” to reduce the killing of civilians.

Protests took place in cities across the world in solidarity with those on the streets of the US. In Sydney, Australia, thousands joined a demonstration, with large numbers of indigenous people taking part. 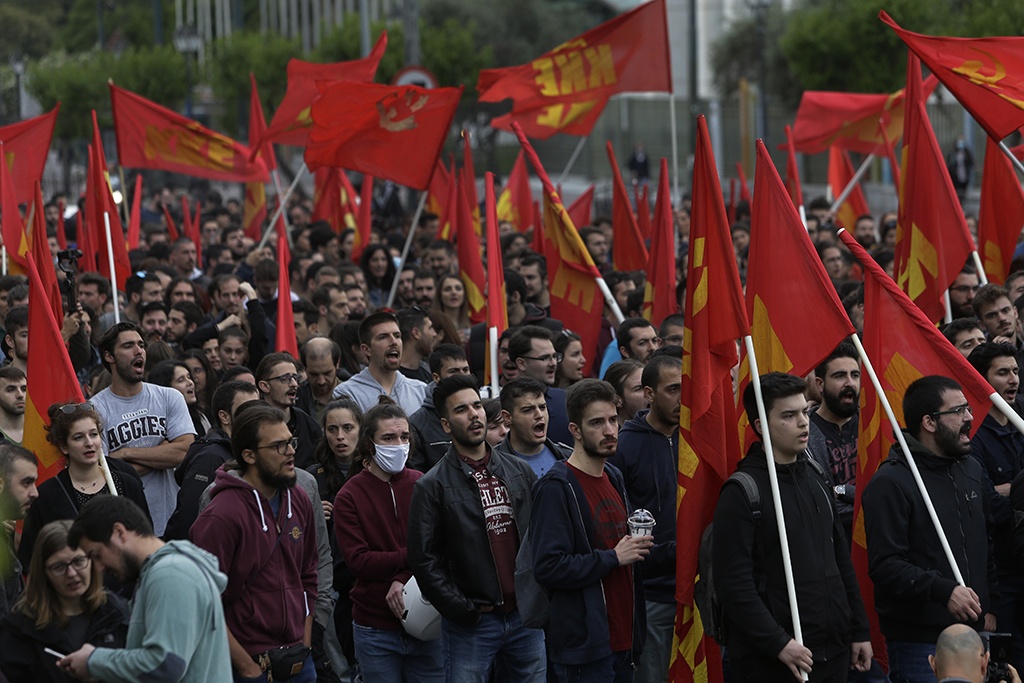 “I can’t breathe” were also the final words of David Dungay, a 26-year-old Aboriginal man who died in a Sydney prison in 2015 while being restrained by five guards.

Protester Amanda Hill said: “What’s happening in America shines a light on the situation here. It doesn’t matter if it’s about the treatment of black men and women from here or from another country: enough is enough.”

Some 432 indigenous Australians have died in police detention since a 1991 inquiry into Aboriginal deaths in custody.

President of Ghana Nana Afuko-Addo said :“It cannot be right that, in the 21st century, the United States, this great bastion of democracy, continues to grapple with the problem of systemic racism.”

“I can only express my hope that the peaceful protests do not continue to lead to violence — but even more express the hope that these protests have an effect in the United States,” he said.

EU foreign policy chief Josep Borrell said that the 27-member state bloc was appalled at the killing of Mr Floyd.

The Floyd family is due to attend a memorial service for their loved one tomorrow with a eulogy to be delivered by civil rights campaigner the Rev Al Sharpton.

In Britain Stand Up to Racism is calling for people to “take the knee on your doorstep” in solidarity with US protesters at 6pm. It is organising a number of socially distanced local protests.