BRITISH soldiers could be prosecuted for murder for killing civilians with drones, a group of MPs warned today.

The all-party parliamentary group on drones said the government lacks a “clear policy and sound legal basis” for the use of unmanned weapons.

Britain’s involvement in the US-led bombing campaign directed at Isis in Syria and Iraq since 2014 had “raised some serious questions about the legality, efficacy and strategic coherence” of its drone programme, the MPs said.

They urged the government to review its procedures for using drones and all the “multinational systems that back them up,” otherwise it would be “dangerously exposed to legal challenges” over the use of drones or its “effective complicity in their use by others.”

The inquiry called on the government to immediately publish its “targeted killing” policy and establish an independent scrutiny mechanism that is answerable to Parliament whenever someone is killed by a drone — as such assassinations currently take place without any transparency or accountability.

Parliamentary concerns about the issue were raised in August 2015 when two British citizens accused of fighting for Isis, Junaid Hussain and Reyaad Khan, were killed by British drone strikes in Syria.

British forces were then involved in the US-led campaign against Isis in Iraq, but not in Syria because British military action there had not then been authorised by Parliament.

The government has since refused to publish the legal advice for the assassination of the two men, despite a legal challenge from Rights Watch UK.

Last year, the government was criticised by Parliament’s intelligence and security committee, which said the government’s refusal to provide documents necessary for it to investigate the killings was “profoundly disappointing.” 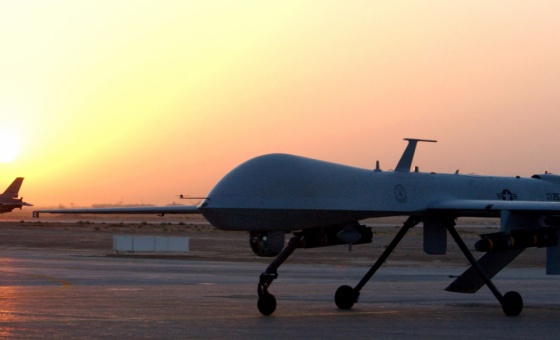