THE fate of an NGO ship adrift at sea with 150 rescued refugees on board remains uncertain after three nights in the Mediterranean with no place to go.

The Alan Kurdi, a ship operated by German charity Sea Eye, saved the refugees — including children and a pregnant woman — from near certain death on Monday in two operations after being alerted to wooden boats off the coast of war-torn Libya by the activist network Alarm Phone.

During the first rescue, gunships from the EU-trained Libyan coastal security forces — a separate entity to the coastguard but with overlapping responsibilities — endangered the refugees and the Alan Kurdi’s crew by firing their weapons and circling around them at high speeds. 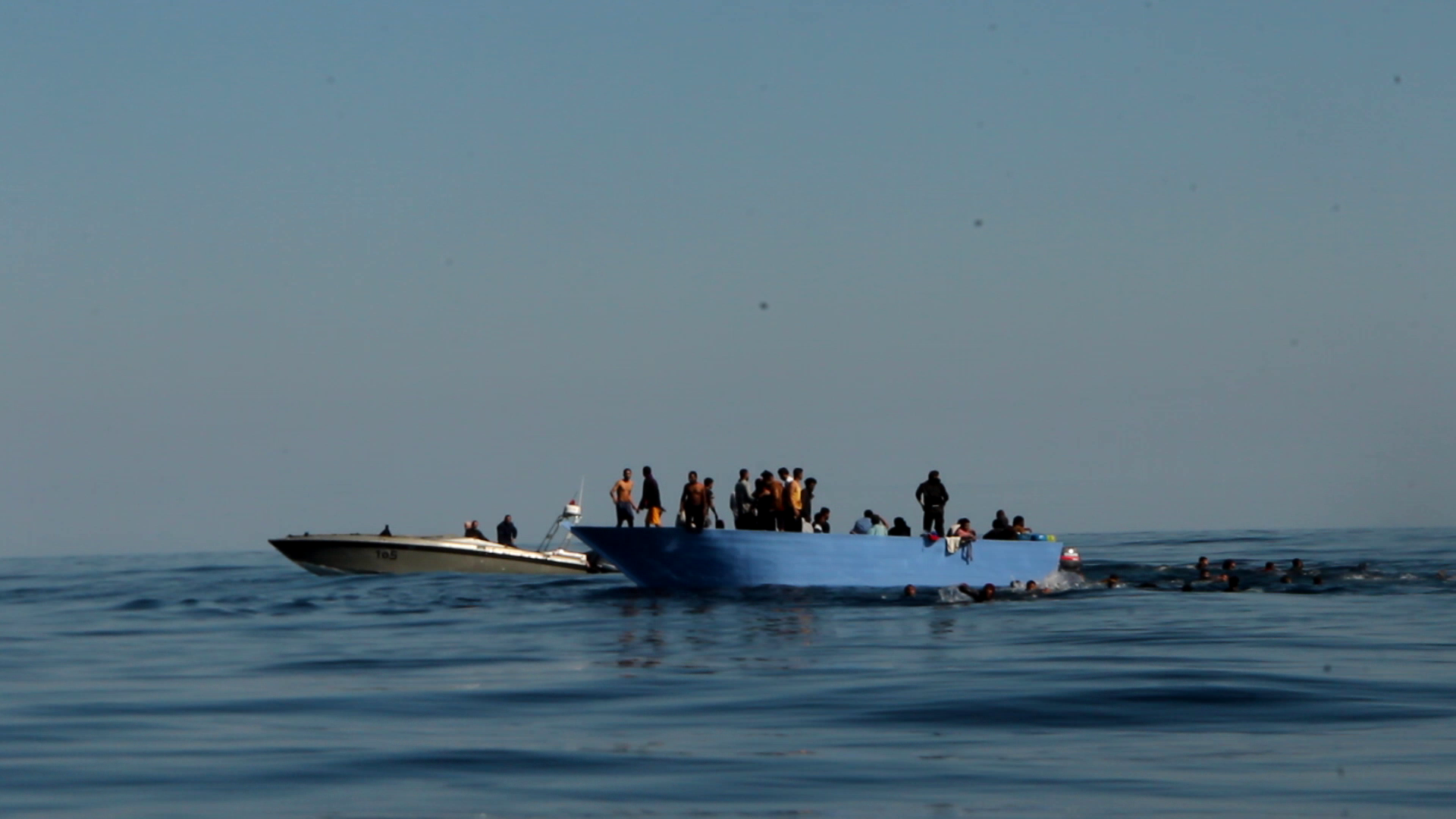 After the second rescue late on Monday night, the Alan Kurdi called on its flag state, Germany, to host the refugees and for Italy and Malta to provide it with a port of safety.

The charity says that the Italian and Maltese authorities made it clear to the German Foreign Affairs Ministry that they would not allow the Alan Kurdi to enter its ports — even if the distribution of the rescued persons had already been arranged — due to the global public-health emergency.

On Tuesday the Italian government went one step further declaring all of its seaports “unsafe” for the “entire duration of the health emergency due to the outbreak of coronavirus” ... “for the landing of people rescued from boats flying a foreign flag.”

Mr Isler told the Star: “While Italy would consent to the deportation of rescued people to Libya — which is, after all, what the Libyan coastguards are explicitly instructed to do by EU-member states — Rome declares its own ports as unsafe, because the safety of the rescued couldn't be guaranteed.

“They could possibly contract Corona in Italy. However, they are exposed to this threat in Libya, too. And there looms torture, human trafficking and abuse.”

The civil fleet — some of whose volunteers are working with the Italian healthcare services in the fight against Covid-19 — condemned the move on Wednesday, accusing Italy of once again deliberately targeting NGO-led refugee rescues as former far-right interior minister Matteo Salvini did last summer.

“At a time when Italy is asking and obtaining solidarity from its international partners and the NGOs themselves to deal with the Covid-19 emergency, the government should show the same solidarity towards vulnerable people who risk their lives at sea because they have no alternative,” rescue charities Sea Watch, Open Arms, Mediterranea: Saving Lives and Doctors Without Borders (MSF) said in a joint statement this week.

“None of the organisations that signed this communique are currently at sea with their ships, since they are reorganising their structures and operations in order to adapt to the health measures of prevention and response to Covid-19.

“We are deeply aware of the emergency situation we are all experiencing, so much so that ... we have all put our resources and personnel at the disposal of the Italian health system committed against Covid-19, to which we are offering support in this tragic emergency.

“At a time like this, the suffering of citizens affected by a health emergency cannot become a reason to deny support — which is also a legal obligation — to those who do not lose their breath on an intensive-care bed but by drowning.

“All lives must be saved, all vulnerable people must be protected, both on land and at sea. It is possible and necessary to do so.” 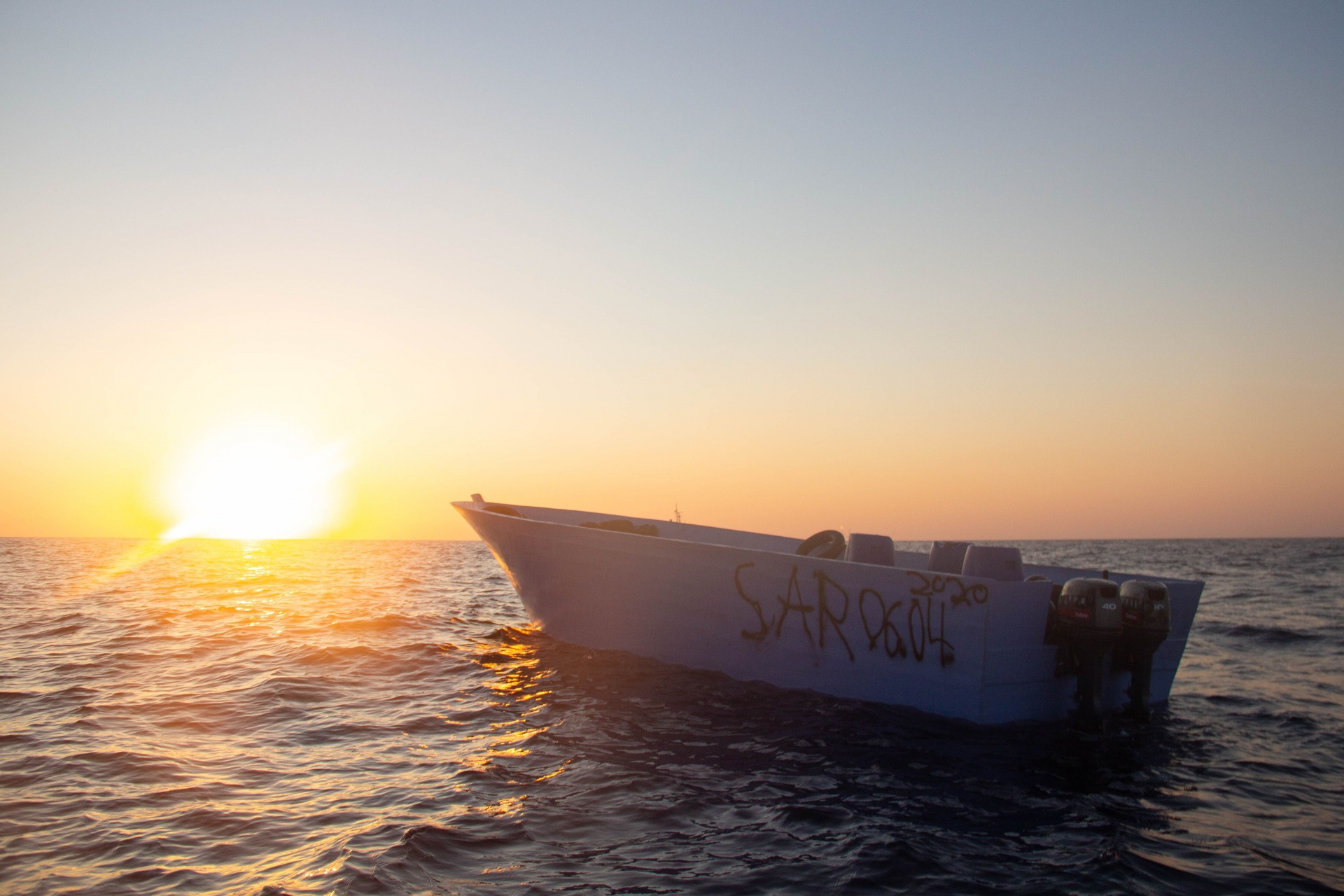 A wooden boat adrift in the Mediterranean (Pic: Cédric Fettouche)

Despite the global pandemic refugees have not stopped fleeing Libya, where the civil war rages on.

Just this week Alarm Phone has been in touch with five refugee boats fleeing the north African country.

Two of those were rescued by the Alan Kurdi on Monday. A third, which left Libya on the same day, eventually made it to the Italian island of Lampedusa on Wednesday, days after running out of food, water and fuel for the engine.

According to Alarm Phone’s data, the boat sailed through waters within Malta’s search-and-rescue (SAR) zone, but the Maltese coastguard did not respond to the activists’ repeated calls.

Around 150 people are still adrift in the Mediterranean in two boats, Alarm Phone says.

“Both boats are still missing at sea,” Alarm Phone tweeted on Wednesday.

“European coastguards reject [their] responsibility and say that the Libyan authorities are the ‘competent’ authorities.

“The Libyans tell us: ‘We cannot go out at sea as we don’t have protective masks.’ Covid19 is used by all sides to let people drown.”

Alarm Phone says it lost contact with one of the boats on Tuesday and the other provided co-ordinates within Malta’s SAR zone the last time they heard from it this morning.

Deanna, a spokeswoman for Alarm Phone who prefers to withhold her last name, told the Star that people escaping the country are well aware of dangers of crossing the Mediterranean but that “they say that Libya is worse than Coronavirus.”

“The behaviour of European authorities is criminal,” Deanna said.

“They are using Covid-19 as an excuse to withdraw their presence from the Mediterranean, and letting people die at sea.

“Some boats have been at sea for over 48 hours without any assistance. While some of them made it to Lampedusa autonomously, two boats seem to be still at sea, one of them in Maltese Search and Rescue zone.

“Maltese authorities are not responding to the distress calls, and Italian authorities are just waiting for boats to reach their SAR zone before providing any assistance, if at all.

“The coronavirus cannot be used as an excuse to put in danger the lives of people who are escaping torture and rape in Libya, and who had no choice but to cross the Mediterranean to reach a place of safety.”