Cibelik was arrested by German police on his way home from a doctor's appointment. Many Grup Yorum members have had bounty placed on their heads by the Turkish state.
×

CAMPAIGNERS have demanded the immediate release of exiled musician Ihsan Cibelik who was jailed in Germany earlier this week.

He was detained as he returned home from a doctor’s appointment Tuesday evening and was handcuffed for four hours as police ransacked his home.

Mr Cibelik, who is a member of Grup Yorum, a revolutionary music band from Turkey, was taken to court and jailed the next day in the city of Karlsruhe.

“Ihsan Cibelik is a very well-known musician, he is an anti-fascist, an anti-imperialist, a revolutionary musician who has spent many years in jail in Turkey and now is in jail in Germany,” a statement said.

Many Grup Yorum members have been forced into exile and have a bounty placed on their heads by the Turkish state. 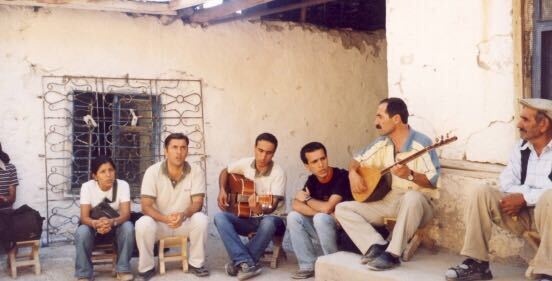 In 2020, bass player Ibrahim Gokcek died just days after ending a hunger strike in protest against political repression and for the right to play music.

The government accuses Grup Yorum of links to the outlawed Revolutionary People’s Liberation Party/Front (DHKP/C) which is deemed a terrorist organisation by Turkey, the US and the European Union.