A child cries as migrants arrive at the village of Skala Sikaminias, on the Greek island of Lesbos, after crossing on a dinghy the Aegean sea from Turkey today
×

TWO refugees have been killed and hundreds of others have been abused and neglected while trying to cross from Turkey to Greece in the past 72 hours.

Mohammad al-Arab, a 22-year-old Syrian man, was shot in the neck this morning while trying to cross the Greek border near Ipsala and a young boy drowned off the coast of Lesbos when the boat he and 46 others were on capsized today.

Thousands of people have attempted to cross into Europe since the Turkish government told refugees in the country last Friday that it could no longer host them and that its borders to Europe were open, following increasing disagreements with the EU.

But the refugees have been met with brutal treatment from the Greek authorities, which have ramped up the number of guards at its closed border, and far-right groups on the Aegean islands, which have clashed with the police and injured aid workers and journalists.

Greece’s right-wing Prime Minister Kyriakos Mitsotakis said on Sunday that his country would stop accepting asylum applications for a month and warned all refugees at the border to turn back. 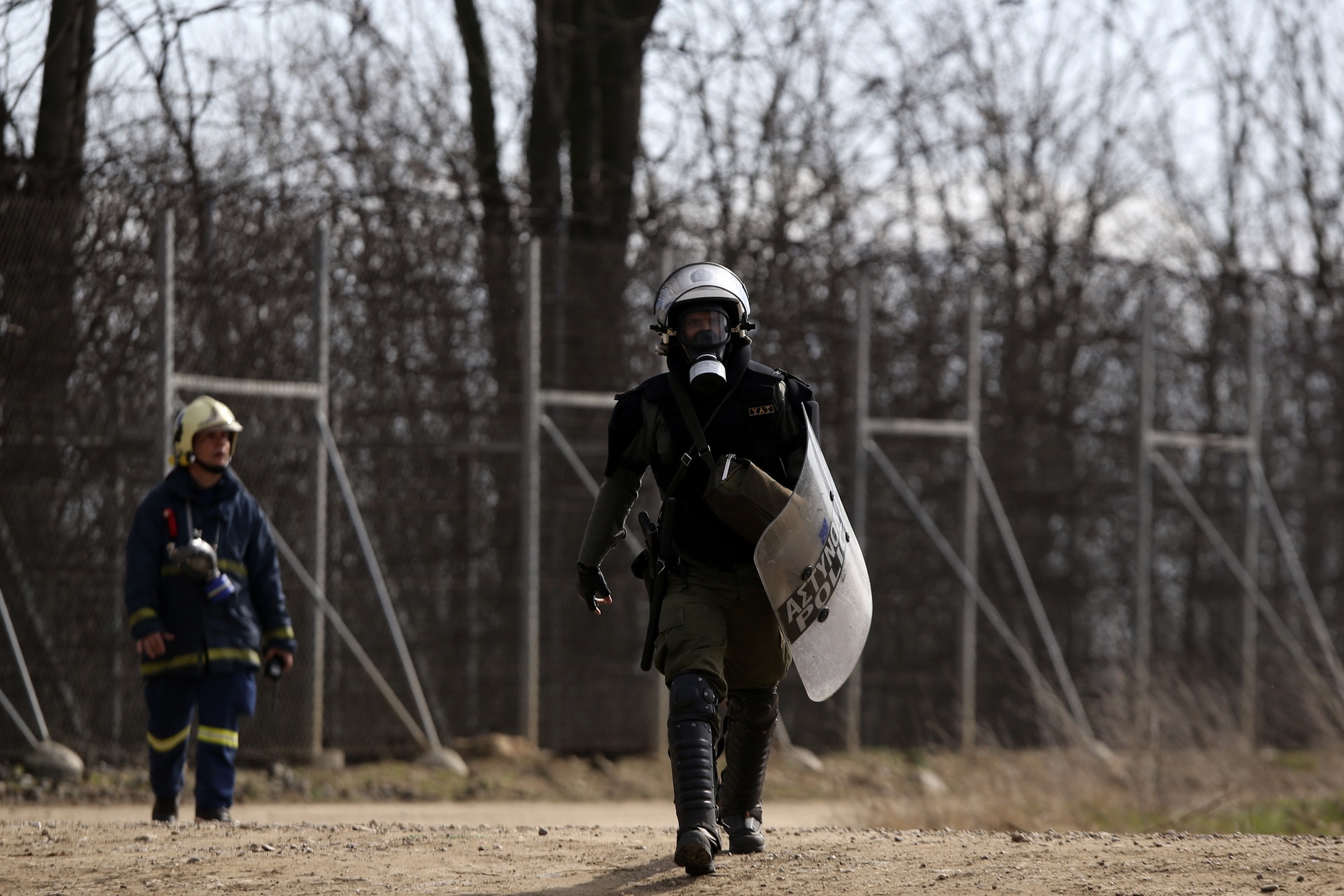 The UN’s refugee agency (UNHCR), however, reminded Mr Mitsotakis that “neither international nor EU refugee law allow for the suspension of the right to seek asylum.”

Alarm Phone, an activist network which provides support for refugees attempting to reach Europe, has received distress calls from more than 220 people on six boats in the Aegean Sea since Sunday morning.

“A boat with 49 people (including 18 children) has been attacked twice by a speedboat with black-masked men near Mitilini,” Alarm Phone tweeted on Sunday morning.

“Their engine was destroyed in the first attack and they now row with their bare hands.”

Footage sent to a Sky News reporter today reportedly from the Turkish authorities showed an armed man on board a Greek coastguard ship firing his gun into the water beside a refugee dinghy.

An Alarm Phone spokeswoman told the Star that the network has witnessed the many atrocities taking place in Greece and across the Greek-Turkish border with horror.

“We condemn the policies of both sides — as well as Europe’s stance.”

“Once again, we see that EU member states including the UK are willing to deter people from seeking safety at all costs rather than providing the most basic assistance to men, women and children in need.

"In recent days, this has culminated in the death of a child, the tear gassing of people at land borders and reports of coastguards violently interfering instead of helping boats in distress.

"With 40,000 people trapped on the islands, the situation has reached breaking point for asylum seekers and local communities alike who have both been abandoned by European leaders for the sake of the EU-Turkey deal.

"Increased tensions have led to riots, roadblocks and attacks on those trying to provide assistance. People in need are deprived of critical assistance as MSF teams and others have had to limit the volume of activity due to safety concerns. The Greek government and the European Union must take immediate action to de-escalate the situation.

"The emergency measures announced by the Greek government will have devastating consequences as they remove the right to claim protection and aim to push people back to Turkey. This will only lead to more chaos, deaths at sea, escalating violence and an even worse humanitarian disaster.

"EU member states including the UK must address the real emergency: evacuate people from the islands to EU countries, deliver an asylum system that works, and stop trapping people in horrid conditions.”