PRIMARILY based on the shocking history of racist and corrupt policing in the US, this book offers a convincing argument that the traditional roles played by police forces have been largely counter-productive. 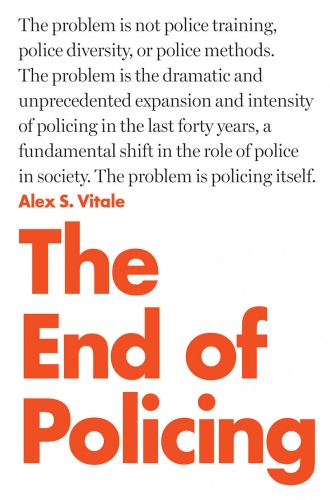 While many may have been conditioned into believing that policing is an essential element in maintaining the basic structural integrity of society, the criminal justice system has continually challenged this by excusing, or ignoring, the crimes which have produced real social and moral problems.

At the same time, aggressive policing, criminal prosecution and prison sentences seem to have been predominantly reserved for the poor and marginalised.

Law and order has consistently been used as a blunt tool for managing deeply entrenched inequality and maintaining the status quo. Any police reforms that fail to directly address this situation are doomed to reproduce it.

Vitale’s solutions to these issues are not reformist. He recognises that no amount of increased training, accountability or professionalism can effectively improve policing when its problems are fundamentally caused by the institutional pressures and traditional demands imposed upon it.

When crime levels rise and calls are made for more policing, resources would surely be more productively invested in improving communities through better housing, schools, health care, jobs, facilities for young people, parks and libraries.

The police should not be pitted against the people they serve. Effective policing should act as a fully accountable, democratically controlled, valued part of society that works as the guardian of real public safety and security. Under their present structures, the police are clearly not best positioned to be the lead agency in dealing with homelessness, mental health issues, undocumented immigrants, sex work or drug use.

Instead of making social and economic situations worse and then using the criminal justice system to manage the consequences, Vitale is clear that policing can only ever be truly effective when politicians actually improve the conditions that usually drive crime.

Once society has been radically redesigned to meet everyone’s needs, rather than wallowing in the pursuit of wealth at the expense of all else, maybe even the ills of traditional policing will cease to be a problem.