Book Review Wish you weren't here: postcards from the edge of Hull

We Know What We Are
by Russ Litten
(Obliterati Press, £8.99)

MOST of the stories in Russ Litten’s new collection were written last year when Hull was City of Culture, not that its cast of marginals and black-economy misfits would have noticed the celebrations or cared that much. 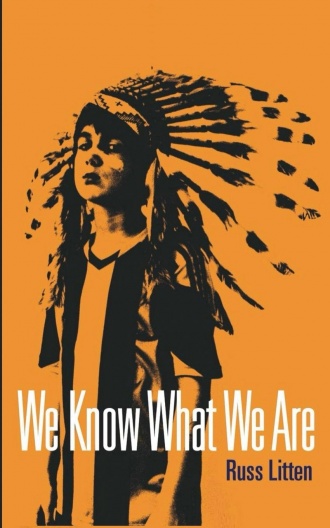 A standout at last year’s North Atlantic Flux festival with his music partner Steve Cobby, Litten shared the frustrations of Hull’s local artists at having their home city handed back to them by guns for hire from outside. Occasionally it bubbles up. “I wonder if the council would pay for me to be in that exhibition?” muses the deluded bedroom dauber of The Artist. “Or they might have dealers up from London ... a cheque for one million pounds? Don’t mind if I do, very kind of you, sir!”

Spiky, resentful and unapologetic, his characters find redemption in random acts of selflessness, such as the misanthropic delivery man of Last of the Redskins. He advises his young assistant to get out while he still can, saying: “I remember walking out to the wagon one day and thinking fuck me, I’m fifty fucking nine. How the fuck did that happen?”

Litten writes with genuine affection and compassion for his motley collection of perennial underachievers. His hangdog sense of humour is wrapped around the gleeful armchair malice of Go to a Grown-Up and the feckless pathos of Christmas Is Magic, in which a jobless stoner hatches an ill-advised plan to finance his family’s festive season on the back of a drug deal.

The writer has talked about his desire to transpose Raymond Carver’s finely drawn narratives of US working classes to East Yorkshire. But where Carver is invariably cool and detached, Litten cannot help but be warm and visceral, attuned as he is to his characters’ brittle circumstances in the manner of David Storey or Barry Hines.

We Know What We Are lays bare the rawness of lives in society’s penumbra and Litten somehow infuses the relentless daily grind with purpose and dignity. He offers hope where lesser writers would have chosen despair.