A supporter of presidential candidate for the Workers Party Fernando Haddad holds a banner that reads in Portuguese "Free Lula" as Haddad campaigns through downtown Rio de Janeiro, Brazil, on Monday
× 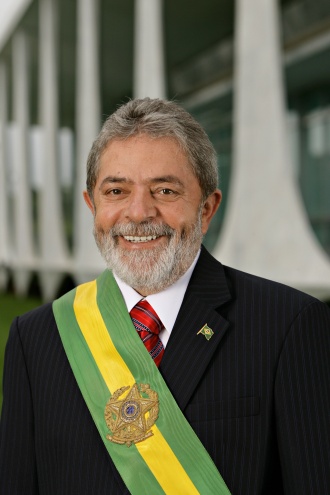 In a statement on LabourList this morning, Young Labour’s national committee said that it had voted to honour the former president, condemning the “smear campaign” directed against him by the “elites” of Brazil.

The hugely popular Lula, Brazil’s president from 2003 until 2011, has been imprisoned since April on charges that his supporters say are trumped up and politically motivated.

Judges ruled that, as a prisoner, he was not allowed to stand in This Sunday’s presidential election, which is being closely contested between Lula’s stand-in Fernando Haddad and the far-right populist Jair Bolsonaro.

Young Labour, which represents more than 110,000 Labour Party members under the age of 27, pledged solidarity with Mr Haddad and the Workers Party (PT), expressing their hope that he will win.

“Lula has been imprisoned because he symbolises dignity and progress to the workers, peasants and dispossessed of Brazil,” Young Labour said.

“This is why we are making him the honorary president of Young Labour.

“Lula is a towering figure of the working-class movement and an attack on him is an attack on every socialist and democrat across the planet. He must be released.”