After the police and the army were forced to surrender under a hail of bullets in Culiacan, MILES ELLINGHAM asks if the state will ever regain control

The average citizen of Sinaloa would hardly ever encounter the state, but for the occasional militarised police convoy
×

IN late October 2019, the Sinaloan town of Culiacan endured the dismissal of its chief warden, Eduardo Mendoza, after the escape and subsequent violent rampage of 55 prisoners. Aided and abetted by heavily armed convoys of paramilitary “Narcos” (drug cartel members) barrelling down central avenues sporting military-grade hardware, main roads were blockaded by burning trucks, creating a virtual quarantine from the authority of the Mexican army.

The humiliating defeat was all due to the state-sanctioned capture of a single man — Ovidio Guzman Lopez, one of notorious crime boss Joaquin “El Chapo” Guzman’s eleven children.

Cartel violence has long found a home in Sinaloa; Narco culture is as much a part of the arid northern landscape as the Cosa Nostra is within the minds of most Sicilians. It is the home of the near-mythical Sinaloa Cartel, formerly headed by Guzman, who is currently incarcerated in the US after escaping from Mexican prison multiple times, using makeshift tunnels allegedly manufactured by out-of-work silver miners, and proceeding to give a surreal interview to Sean Penn.

With “El Chapo” now in prison in the US, the head of the Sinaloa rattlesnake has been severed, but the body remains. A volatile power vacuum for control of prime narcotics real estate has opened up, a vacuum that has been filled by a cast of ruthless characters including Guzman’s sons — “Los Chapitos” — jostling for position with long-serving former lieutenants.

In 2017, one of the more widely covered casualties of this power vacuum was the execution of renowned journalist Javier Valdez, a Narco middle-man for many international media outlets, who was shot over 10 times whist walking home from his office outside El Riodoce’s local park, in retaliation for an article identifying the wrong person as the true leader of the cartel.

Things reached fever pitch when Mexican President Amlo’s administration, along with the Mexican army and the newly established Guardia Nacional, detained one of the most prominent Chapitos, the middle child Lopez, and the cartel, allegedly coordinated by one of his older brothers, took over the city in response.

Iphone footage and voice recordings paint a terrifying picture of a city under siege: police tied up and executed by the side of the road, residents cowering behind flaming cars as automatic gunfire rages from all sides and military helicopters raining bullets down on residential houses. Fourteen people have already been reported dead with 20 more injured; at one point the cartel burnt down a house whose inhabitants they were holding ransom.

As tends to be the case in the region, the cartels prevailed; the wave of violence was too much for the administration to handle without unprecedented levels of bloodshed, and Lopez was released from custody into the care of his Narco comrades, a move — even sealed with handshakes between the criminals and the police — the president was duly criticised for.

Amlo defended the decision to release Lopez as not capitulating to the cartel’s demands, but rather calling it “very difficult” but “very humane,” going on to say “we couldn’t risk people’s lives for the arrest of an alleged criminal. We will never choose war, confrontation or the use of force, what we care about are people’s lives.” 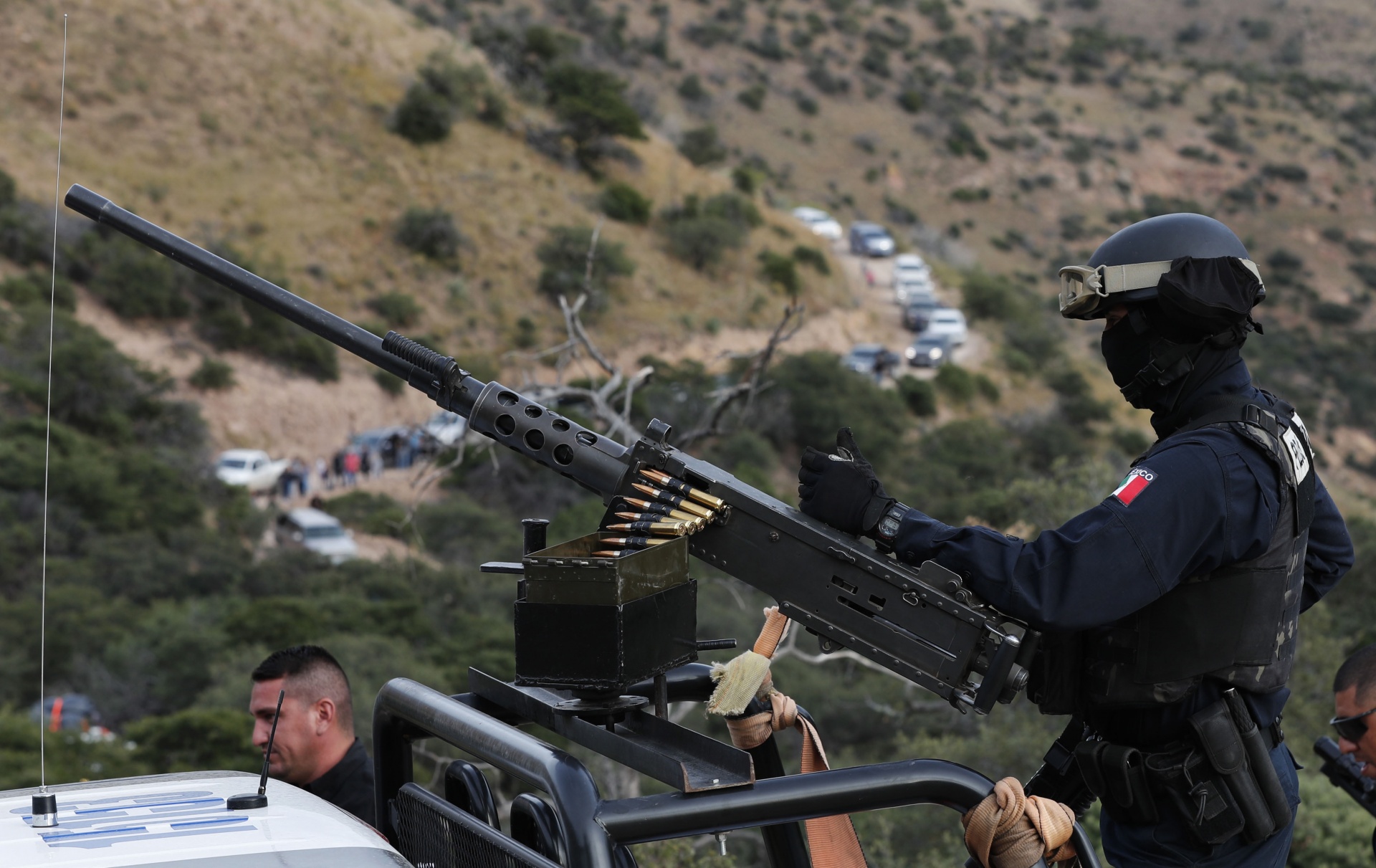 In order avoid a massacre — something the Sinaloa Cartel are more than capable of delivering — Lopez’s release may have been a careful strategic move by the government in the short term, but it poses important questions for Amlo’s administration.

Firstly, what can be done to liberate a city under siege when insurgent gangs are so thoroughly militarised? Witnesses told the New York Times, “the firefight was so intense that police officers begged for water and said they had run out of ammunition.”

Perhaps a clampdown on the firearms flooding in from the US and German weapons manufacturers — which account for a massive proportion of the Narco armoury? As Trump bellows about about clamping down on the supposed flow of Mexico’s criminals into the US, Mexico could rightly demand their neighbour clamp down on the flow of US guns to its criminals.

Secondly, the new 60,000-member-strong Guardia Nacional, formed in 2019, will have to prove its worth in mediating struggles such as Culiacan’s — even the government itself admitted that the operation to extract Lopez was both “poorly planned” and “hastily executed.” This supra-state, centralised police force may well take a long time to oil its joints sufficiently.

After being quoted as saying “we will continue to address the causes of violence” Amlo went on to encourage “peace and tranquillity” saying, “brotherhood [and] love of thy neighbour” is the “philosophy, the doctrine of this government,” not “discord, hate [and] violence.” This is all very well, but Sinaloa is Narco country, any Mexican will tell you the same. A documentary-maker friend of mine once told me that the state possesses two forms of public highway: the rocky, pothole-ridden government ones, and the smooth, well maintained Narco constructions.

Narco culture is so embedded in the region of Sinaloa that traffickers such as El Chapo have reached a kind of apotheosis, transcending to the status of folk heroes, with ballads written in their name — Robin Hood’s bow swapped for a selection of gold-leaf encrusted guns.

Historically, your average citizen of Sinaloa would hardly ever encounter the state, but for the occasional militarised police convoy, leaving it up to the cartels to foot medical bills, build roads, schools and churches.

In order to quell Narco violence in the area, Amlo is going to have to fight for the hearts and minds of its youth in a way no previous administration has — that means social care, that means investment in their future.

Miles Ellingham is a London-based writer and poet currently living in Mexico.