THIS has been a great year for stories that take liberties with genre and blur the boundaries between fantasy and reality.

Liminal by Bee Lewis (Salt) is an assured debut novel that explores the ways in which myth, dream and landscape affect our behaviour and perception. It’s also a gripping thriller concerning a damaged marriage, a pregnant amputee and the ambiguous motives of a menacing visitor. 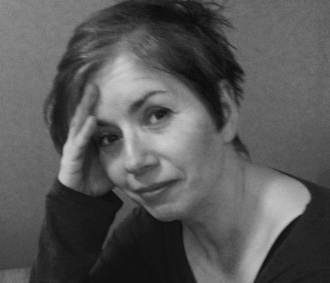 In it, Esther and Dan are trying to build a new life in the Scottish Highlands in the wake of tragedy and betrayal when the mysterious Mike walks into their lives.

As Esther tries to make sense of Dan and Mike’s increasingly erratic behaviour, she is troubled by dreams of being pursued though a gloomy forest by a shadowy hunter.

Sean O’Brien’s second collection celebrates the resilience of the gothic short story and breathes new life into it. Quartier Perdu (Comma Press) consists of 18 weird tales that highlight the author’s flair for pastiche, atmosphere and imagery and they explore a range of complex themes — art, grief, duplicity, memory, identity, attachment and ethics — through spine-tingling horror, black comedy and surrealism.

There are several standout stories: the dreamlike Verney’s Pit has a supernatural edge which conveys a powerful sense of self-inflicted disappointment, while the chilling and witty A Green Shade features an embittered but charming professor who uses his scholarship to settle scores with a greedy and philistine head of department.

The Sea God is one of the most artfully ambiguous and disturbing stories I have read in years.

In many of her stories, Day lulls readers into a false sense of familiarity with people, places and events before hitting a literary switch that snatches all certainties away and she has a knack for claustrophobic settings, with some apparently realistic, others overtly fabulous.

One Thousand Paper Cranes tackles the notion of self and the challenges it faces from developing technologies and designer drugs, while Idle Hands takes us through three generations of women haunted by a strange and sinister male figure who inhabits several universes.

A Pinhole of Light explores the potency of history and the ambiguous benefits of art through the competing projects of a bereaved photographer and his daughter, who is painting a mural of their town.

Day’s prose is spare but vivid and, like Sean O’Brien, she has an impressive facility with a range of forms and voices.