Palestinian President Mahmoud Abbas holds up a document as he speaks during a Security Council meeting at United Nations headquarters, on Tuesday
×

THE Board of Deputies of British Jews (BoD) was accused today of defending the occupation of Palestine after it condemned the UN for listing companies linked to illegal Israeli settlements.

The UN database names 112 firms which are violating international law by doing business with settlements in the occupied West Bank.

These include international companies such as Motorola Solutions, AirBnB and Tripadvisor.

The BoD swiftly condemned the list, accusing the UN of “bias” against Israel by ignoring other “territorial disputes.”

“The UN’s ‘blacklist’ of companies doing business in Israel and the Palestinian Territories is the latest example of clear and unacceptable prejudice by the UN,” BoD president Marie van der Zyl said in a statement today.

“Once again the UN has chosen to take this measure only against Israel, the world’s only Jewish state.”

“We urge the government to call out this measure for the sham that it is.”

But left-wing Jewish groups hit back, accusing the BoD of defending Israel’s 50-year occupation of Palestine.

Naamod, an anti-occupation group of young British Jews, posted on its social media: “The main representative organisation of British Jewry has released a statement defending businesses which directly profit from Israeli settlements in East Jerusalem and the West Bank.

“This is literally our community supporting the occupation and it’s time to take a stand.”

Jewish Voice for Labour (JVL) also criticised the BoD, arguing that it “will do anything it possibly can to divert attention from the reality of the occupation.”

“It fails to look at the case in hand by saying that there are other disputes elsewhere,” JVL member Richard Kuper said.

“There are indeed. But the implication is that the BoD will not tolerate a murmur of criticism of Israel’s occupation until and unless every other territorial dispute is resolved first.”

Last month, the board made a list of 10 demands to “tackle anti-semitism” in Labour, which was subsequently signed by all five leadership candidates.

Left-wing Jewish and pro-Palestinian groups voiced concerns that the demands could silence criticism of Israel within the party.

In 2018, hundreds signed liberal Jewish group Yachad’s open letter condemning the board for blaming Hamas alone for the slaughter of Palestinian protesters at the Gaza fence by Israeli soldiers. 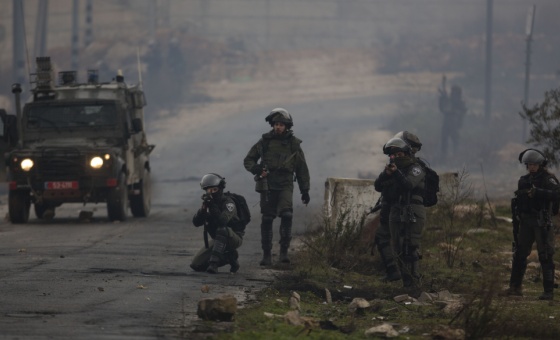