A group of people are brought in to Dover, Kent, by Border Force officers, following a small boat incident in the Channel
×

“SERIOUS failings” in a search and rescue operation may have contributed to the deaths of 27 people in the Channel last month, an expert report filed as part of a legal challenge has claimed.

The families of two men lost at sea on November 24 have launched a legal challenge in Britain calling for a public inquiry to establish what happened on the night of the tragedy.

French refugee rights group Utopia56 also lodged a manslaughter lawsuit today with the Paris prosecutor, accusing rescue operations in France and Britain of not doing enough to prevent the deaths.

The group said that accounts from two survivors of the tragedy and relatives of the victims suggest that distress calls were made to the French and British authorities before the bodies were found by a fishing boat.

They claim that the British said the boat was in French waters, and that the French claimed the reverse.

In its complaint, Utopia56 claimed that this is a “regular” occurrence, and that it has evidence of a similar situation taking place four days prior to the tragedy.

On November 20, the group received a call from refugees in distress in the Channel. A man on the boat told a volunteer with Utopia56 that he had called both the French and British, but that each referred him to the other.

Voice messages sent to Utopia56 from the boat, heard by the Morning Star, said: “No-one wants to answer us.”

These were later followed by a message saying: “We are really scared that no-one is coming.”

The refugees were later rescued by the French coastguard and taken back to Calais.

The Utopia56 complaint has been filed against the maritime prefect of the Channel and North Sea, the Regional Operational Centre for Surveillance and Rescue of Gris-Nez in the Pas-de-Calais, and the British coast guard. It accuses them of manslaughter and of failing to assist people in distress.

The charity said it hoped the charges would trigger investigations that would “shed all light on the circumstances of this shipwreck,” adding that the families and victims deserve “transparency and truth.”

It expressed frustration over the lack of an investigation into the incident by the British authorities and that the French probe into the disaster “[seemed] to focus primarily on the role of smugglers.”

In a statement, the Maritime and Coastguard Agency said it was not appropriate to comment on the specifics of the legal action.

“On November 24, Her Majesty’s Coastguard received over 90 alerts from the English Channel area including 999 emergency calls,” it said.

“Every call was answered, assessed and acted upon, including the deployment of search and rescue resources where appropriate. We always have and always will respond to anyone in distress, as we did that day.”

The case was announced as Duncan Lewis Solicitors said it had sent pre-action correspondence to the British government on behalf of two families of those confirmed or believed to have died in the disaster. 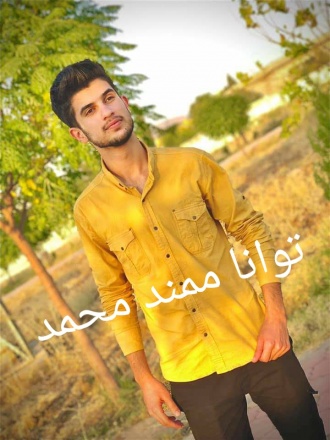 Twana Mamand Mohammad, 18, is believed to have died in the tragedy on November 24

They include Zana Mamand Mohammad, whose brother Twana is believed to have died that night. His body has not been found.

Speaking to the Star today, Zana said he hoped that the legal action would provide some answers, and that he felt the British and French governments, as well as smugglers, were responsible for what happened.

“Britain and France should apologise to the families of those who died and went missing in the Channel because they didn’t save them,” he added.

Zana said his family have still not received information from the French authorities about his missing brother almost a month on from the disaster, and have not been able to travel to the country to make their own inquiries due to visa restrictions.

“Both of the countries, they are not sending the message for the families in Kurdistan, they didn't say anything," he told the Star.

“Our passport is not like the European passport, it’s not easy to get a visa. We hope we could travel to Europe and find our brother and the cause of this, but we cannot travel.

He added: “We know those people are illegal persons but they should go to help them, rescue them and deport them. It’s better than dying in the sea.”

Lawyers commissioned a maritime expert’s report as part of the legal challenge.

“Independent expert evidence obtained on behalf of our client indicates that there may have been serious failings, which could have contributed to the significant loss of life,” solicitor Maria Thomas, representing the families, said.

“We have submitted pre-action correspondence to the British government today, requesting that a public inquiry is established to determine whether the acts or omissions of the British agencies involved in co-ordinating and executing the search and rescue mission on [November 24] resulted in [breaches of the European Convention of Human Rights].”

Last week the Paris prosecutor’s office announced that it had identified all but one of the 27 bodies recovered after a dinghy, believed to be carrying 33 people, sank in the Channel on November 24.