This paper will not be televised

BBC News is seen by some viewers to represent a “white, middle class and London-centric point of view,” a scathing report by Britain’s broadcast regulator Ofcom has warned.

The criticism comes amid a refusal by BBC bosses to televise the Morning Star as part of its daily newspaper review, in a sign of the broadcaster’s bias against working-class and pro-Corbyn voices.

Sharon White, the head of Ofcom, has told the BBC director general Tony Hall that his news channels need to “better represent the whole of the UK” as viewers “questioned the relevance of BBC News to their lives” over its “middle class” focus.

She also slammed “a lack of transparency in the way the BBC releases and explains its decisions on compliance with the Broadcasting Code,” and warned “there were also concerns over aspects of the approach the BBC takes to due impartiality in its news and current affairs coverage.”

Her criticism was contained in Ofcom’s annual report of the BBC published today. 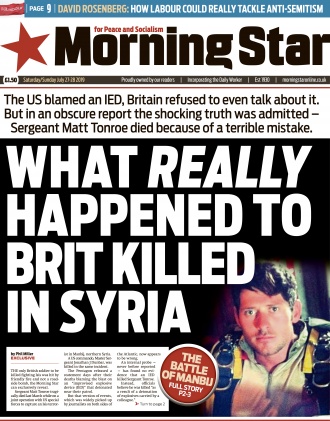 It adds to concern about BBC bias, after the Morning Star sent a 10-page complaint to the broadcaster in March demanding that our front pages be including in its daily round-up of national newspapers.

BBC bosses rejected our complaint, claiming that the Morning Star’s “smaller readership” compared to other national papers meant it was not worthy of inclusion.

The controversial decision has ensured that the only Corbyn-supporting national daily paper is systematically censored from public service TV coverage, despite being read by the Leader of the Opposition.

Every other national daily paper is routinely included in the BBC’s coverage — many of them owned by corporate media giants who are subsidised by the BBC to the tune of nearly £3 million.

The BBC has handed out at least £1.4m to Reach plc, the London Stock Exchange-listed company based in Canary Wharf that owns the Daily Mirror, Express and Star and which the Morning Star pays to print our own paper.

Under the BBC’s “local democracy reporting service,” around 60 journalists at regional titles owned by Reach are subsidised £22,000 each by the broadcaster.

By contrast, the Morning Star can only afford six staff reporters on its payroll.

Other corporate media giants in receipt of BBC handouts include JPI Media, which owns The i newspaper.

And when Morning Star sub-editor Tom King filed a Freedom of Information request asking “what level of circulation is the minimum threshold” for a national paper to be televised by the BBC, the broadcaster refused to answer saying disclosure would jeopardise its “editorial independence.”

The blanket censorship has meant that even when the Morning Star exclusively revealed an SAS soldier had been killed by friendly fire in Syria, the BBC failed to include it on its nightly newspaper review. 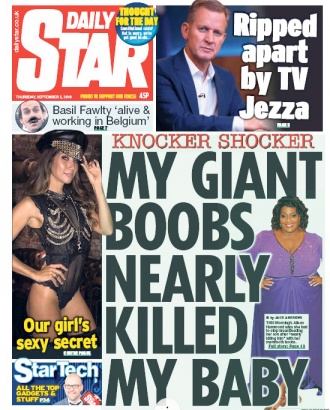 However, the broadcaster has seen fit to routinely include the Daily Star’s front pages, with sensational tabloid splashes such as “Knocker Shocker: My Giant Boobs Nearly Killed My Baby.”

The BBC has a long history of censoring left-wing voices, and for decades allowed MI5 to vet job applicants to weed out any socialist journalists.

In 2011, 89 MPs from Labour, the SNP, Plaid, Lib Dem and the Greens signed an early day motion in Parliament calling on the broadcaster to cover Morning Star front pages, to no avail.

Ofcom has given the BBC until March 2020 to produce an improvement plan or the regulator will “step in and place additional conditions” on the broadcaster.

The BBC responded to Ofcom’s report by saying it will “do all we can” to serve audiences across Britain.

Wayne Pivac’s rebuilding pays off with dominant win against England