Campsfield House Immigration Removal Centre after it was gutted by fire in 2013 Photo: Bill MacKeith
×

THE official investigation into anti-semitism in the Labour Party is in the spotlight again today as the Morning Star can reveal that a senior member of the Equality and Human Rights Commission (EHRC) has directly profited from Theresa May’s “hostile environment.”

EHRC board member Suzanne Baxter was finance director of outsourcing giant Mitie when it won Home Office contracts to run three immigration detention centres that have become notorious for suicide attempts, deaths and a major fire.

And although Ms Baxter left in 2017, the Financial Reporting Council confirmed today it is still investigating company accounts filed while she was working at the top of the firm — in which she still holds shares.

Reacting to our investigation, Labour MP Lloyd Russell-Moyle told the Star: “It is concerning to hear that someone who has been involved in a company that is accused of treating immigrants poorly and breaching their human rights — and is under a financial investigation — continues to serve on the board of a human rights regulator.

“It important that any member of the EHRC board, or indeed anyone in public life, ensures that there are no conflicts of interest.

“If there are then they are supposed to recuse themselves.”

The EHRC launched an investigation into allegations of anti-semitism in the Labour Party in May, but this week the Star has exposed a series of conflicts of interest at the heart of the organisation which raise concerns about its impartiality.

In the latest part of this unfolding story, we can now reveal how Ms Baxter has profited from PM Ms May’s hostile environment policy:

** While she held a top-level job at Mitie in 2011, the company won a £27 million Home Office contract to run the Campsfield House detention centre in Oxfordshire

** Within a week of taking charge, dozens of detainees from Iraq and Afghanistan went on hunger strike in protest at plans to deport them

** Months later, a detainee took his own life at the centre – Ms Baxter earned £812,000 from Mitie that year

** Darfuri refugees went on hunger strike in protest at being detained in Campsfield in 2012 — while she got £820,000

** An Afghan detainee attempted self-immolation the following year, sparking a fire that engulfed the rest of Campsfield

** There were no sprinklers installed, despite repeated advice from the fire brigade – Mitie paid Ms Baxter £860,678 that year, nearly half of it as a bonus

** Mitie won a mega Home Office contract in 2014, worth £250 million, to hold over 900 people at the Colnbrook and Harmondsworth detention centres near Heathrow

** Secret filming at Harmondsworth in 2015 revealed staff admitting conditions inside were “shit” and the new management had “fucked this place up” but her remuneration package climbed to £903,670

** Next, Mitie’s homecare division was hit by complaints of staff being paid below the minimum wage, eventually resulting in payouts worth tens of thousands of pounds

** Then in 2016 two men died at Colnbrook, including Moroccan Jewish man Amir Siman-Tov, whose family said “if those with responsibility for his care had not failed him, he would be alive today”

** Soon after, the Financial Reporting Council began to probe her accounts.

In 2018 she was appointed to the EHRC’s board of commissioners for her “wealth of experience both in terms of corporate knowledge as well as equality.”

He told the Star: “A former director of Mitie carrying out an investigation into racism in the Labour Party — that’s pretty ironic.”

An EHRC spokeswoman said: “We are an independent regulator and take our impartiality very seriously.

“All decisions about enforcement action are based strictly on thorough examination of the evidence and information provided to us.

“Anyone with a conflict of interest will not be working on our investigation into the Labour Party.” 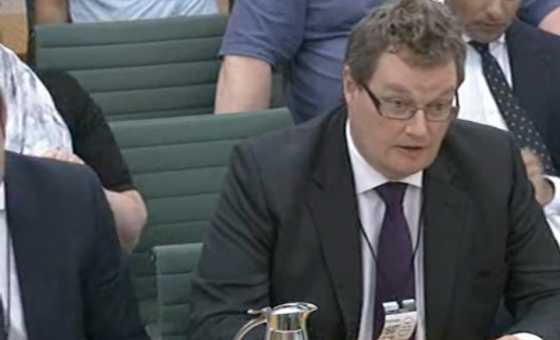