KRISTIAN CARTER explains what is at stake in the embattled nation, the only post-Soviet country to resist neoliberalism and maintain state control of its resources

A government supporter wears a portrait of Belarus President Alexander Lukashenko at a pro-government rally in Minsk, August 25, 2020
×

OUR television screens are currently awash with images of protesters on the streets of Belarusian towns and cities. Images of masses of civilians holding red and white flags are flooding the European media.

Rolling news footage of presidential candidates meeting high ranking EU officials is part of a sustained campaign to give the defeated candidate Svetlana Tikhanovskaya the appearance of a president in exile.

The European Union has already recognised her as the legitimate winner of the Belarus August election despite no apparent investigation or examination of the legitimacy of the actual election itself.

Rather than call for a recount with international observers, the EU instead called for the creation of an alternative government that would begin to negotiate a dissolution of the presidency and the transition of political power to an unelected group that is directly receiving millions of euros from the European Parliament.

The EU has designated that almost €60 million would be used to fund alternative (anti-government ) media channels and NGO groups in the country.

Belarus rarely receives much media attention in western Europe but it has long been subjected to political interference from its neighbours, the USA and the European Union.

Geopolitically Belarus sits in a very difficult position. To the east is Russia, a nation that it has had both a friendly and turbulent relationship with since the Soviet Union collapsed in 1991.

To the west is the EU and nation states that have never concealed either their animosity towards Russia or their hostility to the political and economic path that Belarus took in the post-Soviet political landscape. 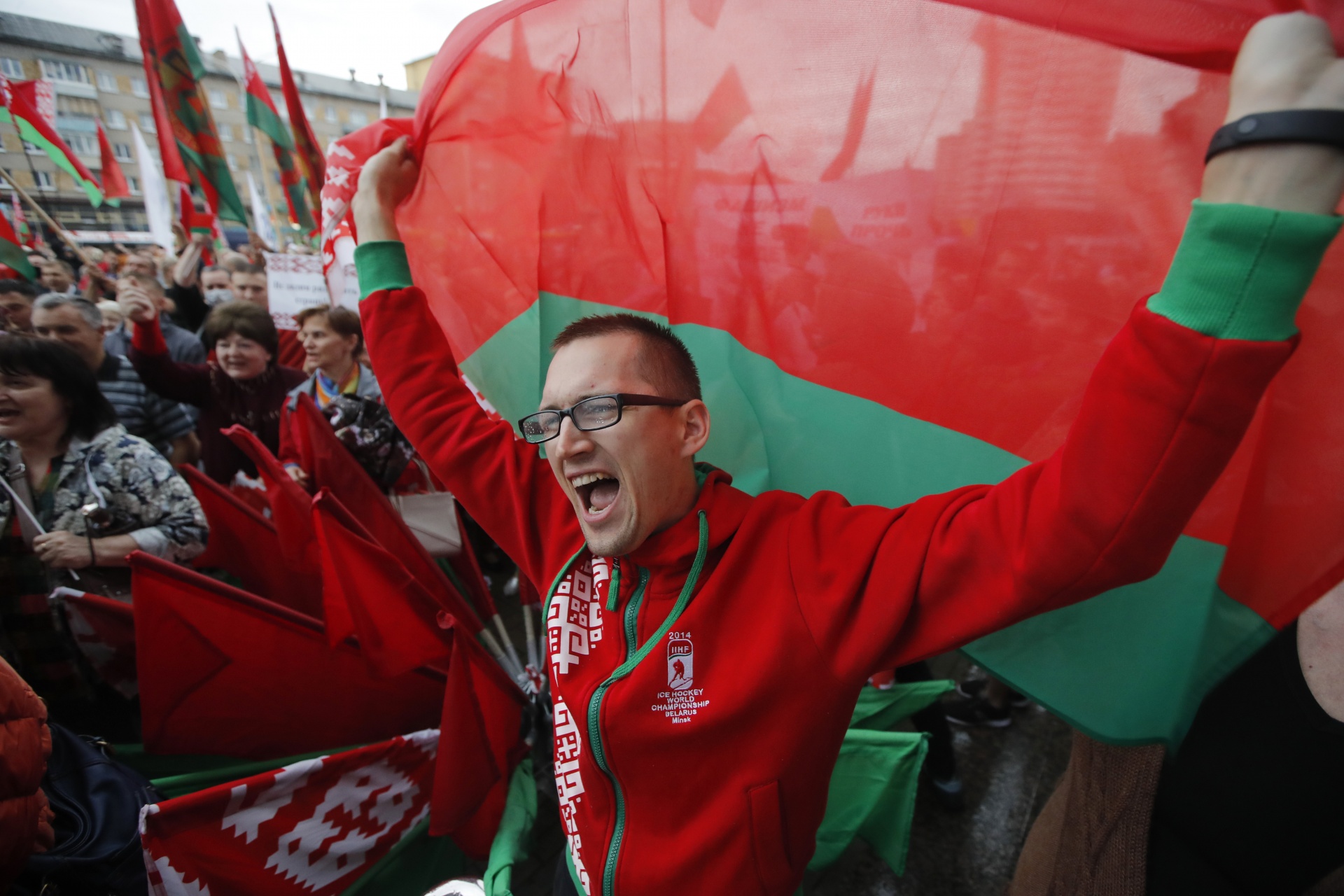 Incumbent President Alexander Lukashenko was the only member of the supreme council of Soviet Belarus to vote against the dissolution of the Soviet Union amidst the chaotic implosion of the socialist camp.

His post-Soviet years were spent as an ardent anti-corruption activist as this former state farm manager watched in horror as a newly formed oligarchy looted the public wealth of the former Soviet Union.

As gangster capitalism reigned supreme in the Yeltsin years there was a desire in Belarus, which had been the most industrialised and prosperous part of the USSR, not to go down the same calamitous path. Lukashenko was voted in as the post-Soviet state’s first president and he took a path very different to both Russia and the neighbouring Baltic states, Ukraine and Poland.

The government invested heavily in state-owned assets and did not allow widespread privatisation and asset-stripping. Belarus took a path that was perhaps the closest to the old economic system of the Soviet Union. This made the nation a bedrock of stability whilst the the former Soviet states were convulsed by neoliberalism and economic chaos.

If you contrast the neighbouring EU state of Latvia with Belarus then the economic and political difference is telling. Latvia joined the EU in 2004 after a 10-year accession process. This has resulted in massive deindustrialisation of the Latvian economy and a huge rise in poverty, which has seen poverty levels rise to almost 30 per cent. At the same time EU budget constraints have seen the Latvian state forced to sell off huge swathes of its state enterprises and services.

This has resulted in the privatisation of former locomotive works and paper mills. Many of these were simply asset-stripped, closed and moved abroad. High levels of unemployment saw the mass flight of young Latvian workers to Germany, the UK and Scandinavia resulting in a labour and brain drain to wealthier parts of the European Union. Unlike Belarus the Latvian government was constrained by European Union budget requirements and was unable to protect or defend public services. Almost 90% of public services in Latvia are now provided for by private businesses. This has seen many elderly citizens unable to afford medical care and has put pharmacy prices well above their meagre pensions.

Belarus however invested heavily in its industrial capacity and resisted wide-scale privatisation of its core economic industries such as manufacturing, specialist engineering equipment, agricultural machinery and its highly profitable potash fertiliser industry. This saw the nation attain the highest standard of living of all the post Soviet states. As neighbouring Ukraine saw year-on-year economic decline due to corruption, privatisation and graft, Belarus saw a steady increase in both economic activity and GDP. This was wealth that was spread out in a more egalitarian manner than in its neighbours which had all ventured down the path of market liberalisation.

Lukashenko is not a new target of the EU and has been subjected to various sanctions by both the European Union and the USA over the last two decades. Numerous attempts have been made in the past to foment unrest in the nation. Lukashenko enraged Nato when he made a state visit to Yugoslavia during the illegal Nato attacks on the country, meeting publicly with Slobodan Milosevic in Belgrade.

In 2003 he angered the US government with his stance against the Iraq conflict. In 2004 the US passed the Democracy In Belarus Bill that saw the US and the European Union begin to take an active interest in the internal affairs of the Belarusian nation. 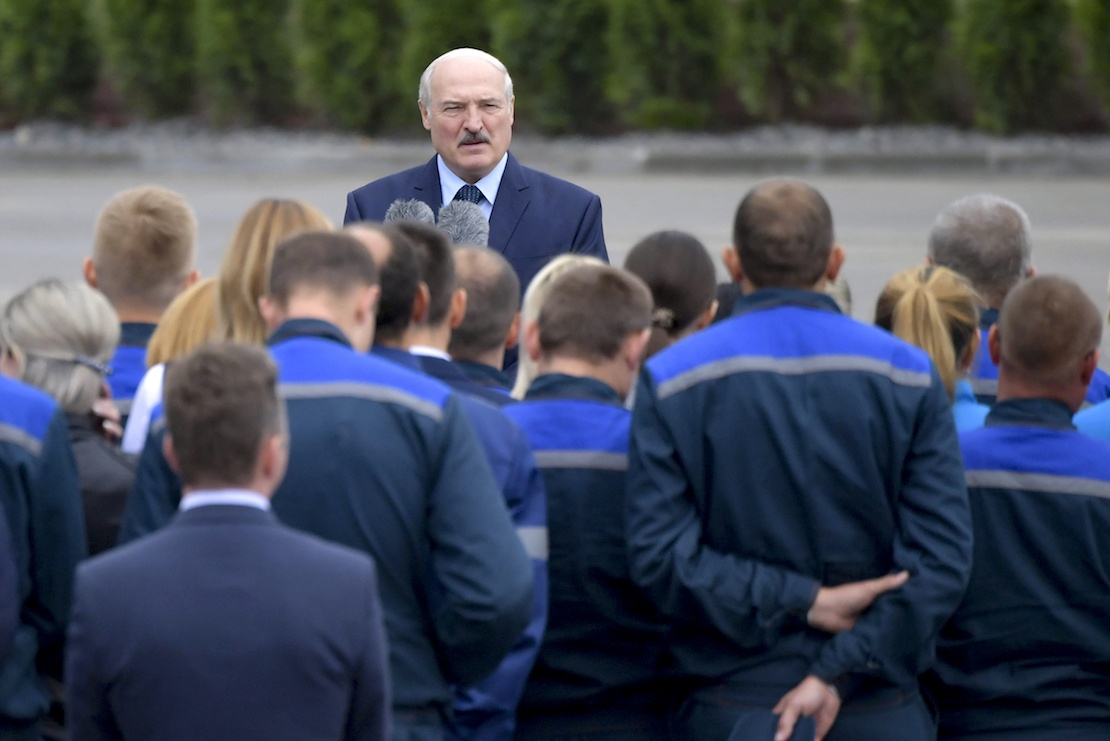 Interestingly this is when the first use of the  “Europe’s last dictator” moniker first arose. Belarus was listed amongst US-defined “outposts of tyranny” during the Bush years. Lukashenko’s friendships with Hugo Chavez and economic relations with Venezuela, Iran and more recently China have further drawn the political ire of Washington.

As the West’s relationship with Russia has deteriorated, so has its interest in the politics of Belarus gained apace. Pro-EU NGO groups and activists have been bankrolled over the last decade in order to isolate Belarus from neighbouring Russia and bring it into alignment with the European project. A pro-Nato/EU Belarus would see the military alliance even closer to its rival the Russian Federation.

Lukashenko has tried to keep Belarus a sovereign state and has managed to resist both the European Union and Russian interference in its internal affairs. This has usually involved a crafty game of brinkmanship that has seen him play a bad set of cards very proficiently. In a geopolitical game of chess, Belarus has attempted to avoid a drift either eastward or westward, favouring its own political and economic path. 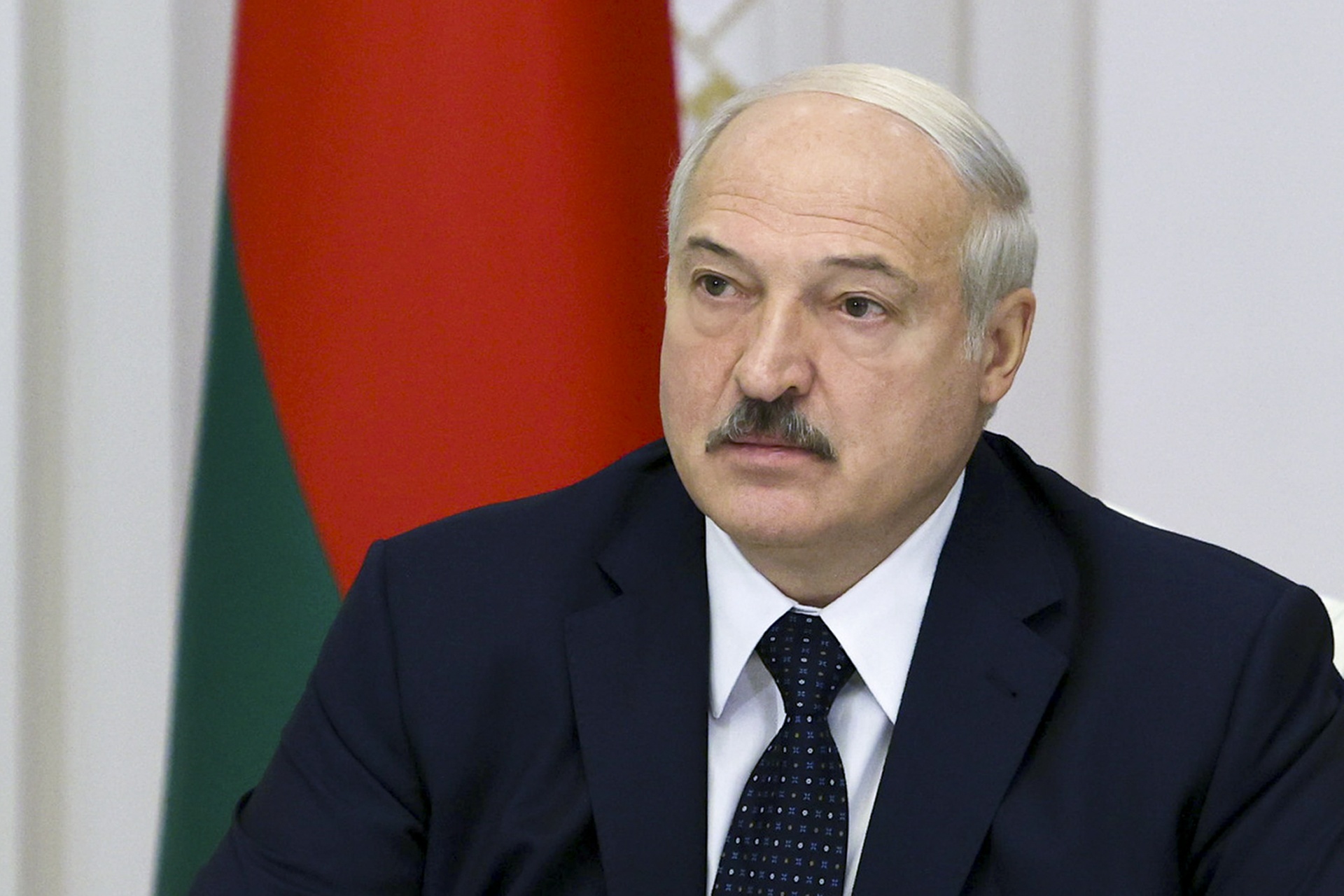 What we are witnessing is not a spontaneous political explosion but the results of what has been a long drawn out policy of interference in the internal affairs of an independent sovereign state. The state of Belarus.

As we watch human chains of people from Poland, Lithuania, Latvia and Estonia expressing their solidarity for anti-government protest in Belarus we must remember the way that many of the above nations have treated their Russian-speaking minorities and be aware of the rank hypocrisy that this portrays. Russian speakers in Latvia are treated as second-class citizens with mandatory “alien” passports and monuments and memorials are demolished in derussification policies. The irony that now Russian-speaking Belarus is their cause celebre is not lost on many.

The European Union is politically and economically capitalist in nature and capitalism is parasitic. The state industry of Belarus and its mineral wealth would be up for grabs in any post-Lukashenko pro-EU world.

The vultures and carrion crows are circling.

Injury-time leveller lifts Leeds out of the drop zone

10,000 march through London in solidarity with Palestine and for justice for Shireen Abu Akleh