IN THE introduction to this crucial analysis of the criminal justice — read injustice — system, Michael Mansfield QC reminds the reader that, after the 1980s landmark miscarriage of justice cases such as the Birmingham Six that revealed gross non-disclosure by the judiciary, safeguards were brought in which were supposed to stop a repeat of them. 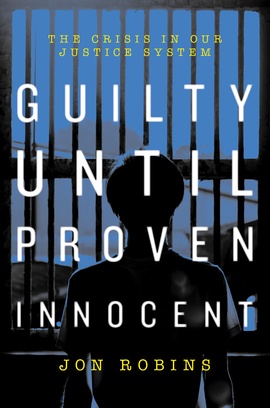 But this book shows that the system is now in crisis and that little has changed since the bad old days of that decade. In chapter after chapter, Robins reveals how the system is in a state of permanent decline and the effect that this has had on people caught up in it.

The budget for the Ministry of Justice has been cut by 40 per cent since 2010, affecting every part of the system from prisons to legal aid. The Criminal Cases Review Commission, a state-funded miscarriage of justice watchdog, set up in response to the Birmingham Six case, is now so underfunded and overwhelmed that it is dysfunctional.

The Birmingham Six and many other Irish cases were lucky in that national campaigns were set up, run by grassroots Irish community groups such as the Irish in Britain Representation Group, while the Prevention of Terrorism Research and Welfare Organisation acted as soon as an Irish person was arrested and ensured that they got legal advice and a campaign if needed.

These cases fitted into a “political category” which raised their profile, particularly in the years 1981-1998, because of the British state’s policy of arresting innocent Irish people when IRA bombs went off in England.

But, as Robins shows, most people who are arrested and are innocent are not so lucky. They are dependent upon themselves, a family member or friend to support them, a lawyer who is prepared to work pro bono or a group such as the Miscarriages of Justice Organisation, set up by one of the Birmingham Six, Paddy Hill, in 1991.

Today miscarriages of justice are also more complex, including historical sexual abuse and “joint enterprise” convictions, cases that do not fit easily into a category.

In conclusion, Robins believes that we all have a stake in ensuring that the justice system works. “The increasing focus on convicting the guilty instead of protecting the innocent means that we may soon all have cause to fear the dawn raid.”