THIS second offering from TootArd, displaced from the Golan Heights in Syria by Israel’s occupation, is as refreshing as it is stirringly authentic — they appear to have put aside past influences to focus on and refine their very own Levantine heritage. 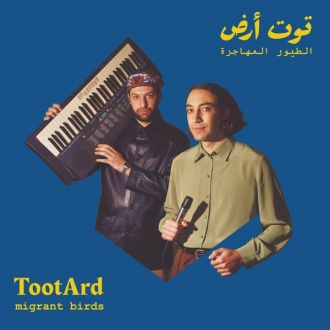 The crisp melodies, each with a distinct identity, weave their way through the danceable Open Sesame and Moonlight, while the saxophone-driven Ya Ghali, Remote Love or Emotional Twist are as easy on the ear and as irresistible to restless feet.

Let’s hope, for music’s sake, that the Nakhieh brothers Hasan and Rami — at the heart of TootArd’s creative vitality — are spared the “curse of the sibling,” the fate which befell the brothers Davies, Gallagher, Fogerty and Knopfler.

THIS extraordinary Mancunian quartet took their name from Paul Weller’s line on Into Tomorrow: “like a twisted wheel/spinning in attempt to to find the feel.” 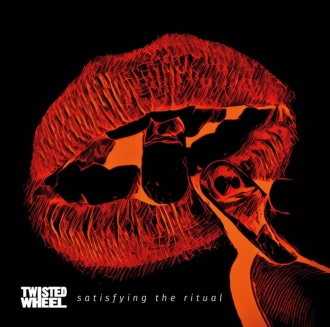 Now reformed, they have indeed found the feel, and in glorious abundance. The guitar playing of Jonny Brown and Ben Warwick is awe-inspiring — sensitive yet powerful, the intricately elaborate and lingering riffs thrill, as does the measured passion of Harry Lavin’s bass and Ben Robinson’s drumming.

DNA is lead singer Brown’s breathtaking lament to his alcoholic mother who passed away: “She’s a fifth quarter/of my tangerine/ripe and sweet,” while Lavin’s Black and Blue deals with youth mental health and Nomad Hat is a call for freedom against digital hysteria.

The semi-autobiographical, redemptive Rebel explodes superbly with Brown’s angst at loneliness and isolation.

This is virtuoso, socially engaged and edifying rock’n’roll, absolutely in tune with the times. 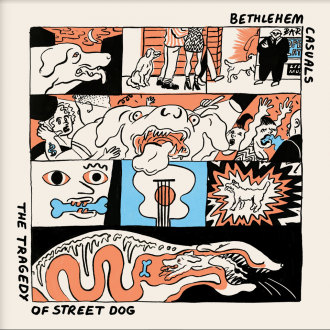 Their music is uniquely structured around unconventional and exhilarating polyphonic patterns of unexpected melodic and rhythmic shifts, with subliminal trace elements of cabaret, chanson, Latin and free jazz.

There is nothing casual about the combo’s exquisite individual musicianship and dazzling arrangements, delivered with an engaging abandon and a commendable touch of madness.

The canine protagonist of the title advances, song by song, on a perilous quest to find out who’s been nicking Manchester’s music and the albums irrepressible single The Drink “is about late-night drink-aided loose tongues revealing of truths and the ultimate unmasking [by the dog] of the villain who stole music from Manchester,” loose-tongued front man Will Hearne reveals.