The Mirror and the Light
by Hilary Mantel
Fourth Estate, £25

WITH The Mirror and the Light, Hilary Mantel concludes her trilogy of novels exploring both the life of Thomas Cromwell and Tudor politics. 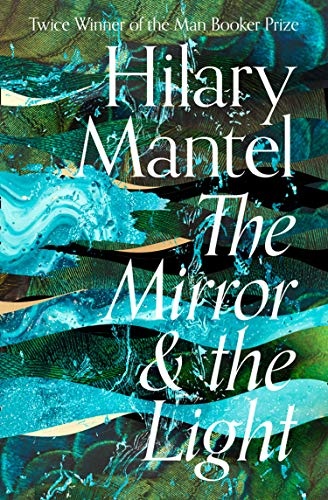 It takes Cromwell from the height of his powers in 1536, when he was awarded the Order of the Garter by Henry VIII and extensive lands across the country, to the executioner’s block in the summer of 1540.

En route, Mantel follows all the twists and turns of his being a major political manipulator at the heart of Tudor politics and Cromwell’s constant battle against the old noble order, who view him as of low birth and never really “one of us.”

And she provides a deep insight into what made the politics of the time tick, with a sometimes surprising class dimension.

The likes of the Duke of Norfolk Thomas Howard, Bishop of Winchester Stephen Gardiner and others from the old Catholic families believe that Cromwell is working his way through them and seeking to replace the old order with lower-class upstarts and it seems pretty likely that this was exactly what he was doing.

At the centre of the action throughout is the volatile Henry VIII and everything in the end is reliant on keeping him happy.

The importance that the king places on producing a male heir resulted in marriages made among royalty across Europe, predominantly for diplomatic reasons.

Though when the king does not like a match that can be curtains for the chief adviser, as Cromwell found.

Once the wind changes, death seems to beckon.

Mantel is clearly a Cromwell fan, yet she reveals him as a not particularly likeable human being in many ways.

He is a product of his life’s journey, to which she regularly returns in flashbacks to his early years in Putney and the brutality of his father, Walter.

He is despised by Cromwell, yet he has clearly bequeathed a strong genealogical inheritance on his son, and Walter features prominently as execution beckons.

In what’s a masterclass in historical storytelling, Mantel goes into great detail as she painstakingly describes a piece of clothing, a plate or meal that is about to be consumed and in so doing brings the blood and guts, as well as the splendour, of the court to life.

It’s a book that draws the reader in to such a degree that there is real disappointment as the end beckons. But there is certainly plenty of future scope to draw out excellent screen and stage plays from its riches, as has been the case with the previous novels, Wolf Hall and Bring up the Bodies.

The Mirror and the Light shows some of the fundamentals being put in place that did eventually lead to the later civil war and English revolution and, if the author is looking for a new project, she could do worse that jump forward 100 years when the king’s power is finally stripped away when Charles I goes to the block.

Sadiq Khan calls on ministers to prevent 'tsunami of evictions'

No to another wave of austerity after Covid-19