THIS neat pamphlet-cum-book looks at the origins, aims and tactics of the Stop the 70 Tour Campaign (SSTC), which successfully prevented South Africa’s all-white cricket team from touring England in 1970. 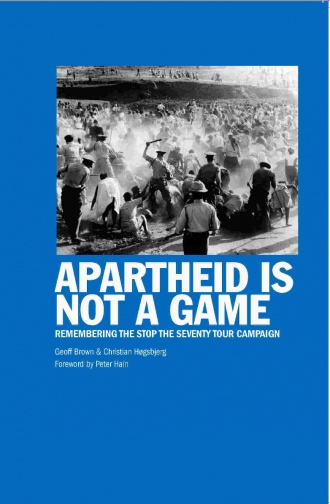 Featuring an introduction by Peter Hain, one of the SSTC’s prime movers, it’s a concise summary of events, drawing on reminiscences from some of the people who took part in the campaign’s demonstrations and direct actions, as well as some of its “victims,” among them South African cricketers.

The format is attractive and the general attention to detail, including an appendix listing the number of demonstrators at each protest, is impressive.

But the chief fault of a well-designed package is that it could have done with a much more thorough proof-read, for there are mistakes in the text at regular intervals.

Some of the most useful insights cover the nature of interactions between the student and trade union-led SSTC and the more establishment-oriented Anti-Apartheid Movement, which, despite being more circumspect in its tactics, offered tacit approval, even for some of the SSTC’s more outrageous stunts.

Many of those actions were focused on the Springboks’ rugby tour of England and Ireland in 1969, which the SSTC was determined to disrupt so badly that cricket’s ruling body, the MCC, would dare not risk a repeat in its own sport the following year.

Although cancellation was only achieved through the intervention of the Labour government, which forced the MCC to scrub the tour, the authors show that by the end of the SSTC’s operations, even some of the most trenchant supporters of apartheid, both in Britain and in South Africa, had lost the appetite to deal with any more disruption.

In Brown and Hogsbjerg’s opinion, the successful fight for a sporting boycott against South Africa was possibly the most important factor in bringing about apartheid’s demise — sport was so uniquely important to white South Africans that it eventually sapped their desire to continue along their mistaken path.