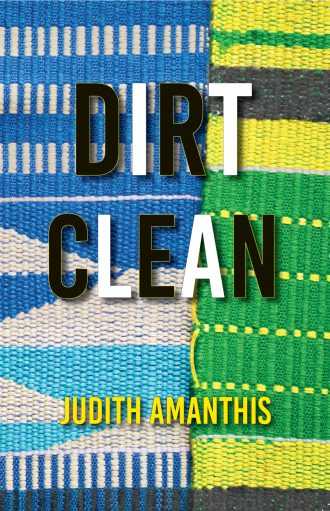 In what is a forensic exploration of both, at times the author struggles to seamlessly zoom in and out of focus in handling the different perspectives of family, workplace and the international sphere. But she certainly succeeds in exposing the interconnectedness of all three.

At the opening, Coral and Jennifer, mixed-race half-sisters and lifelong rivals, are introduced. Talented artist Coral has just realised that her sibling is the person who has shopped her to the DWP, yet subsequently it is Jennifer who secures her a job at the contract cleaning company where she is an increasingly outspoken trade unionist.

Amanthis unblinkingly reveals the indignities and insecurities that burden the female and largely West African staff, from the long and unsociable hours to the hold their employer maintains over them due to their sometimes irregular immigration statuses. These are among the most vulnerable workers in London.

One of the firms the team cleans for is an accountancy practice which operates for a utilities firm that runs — badly — a privatised water contract in Ghana, an arrangement that seems to have been facilitated by bribery and corruption.

Enter Ghanaian activist Kosi, traumatised equally by his earlier treatment at the hands of government goons and thoughts of his mother who, alongside millions of others, is struggling to achieve a measure of water security.

Through a trade union contact, Kosi befriends the half-sisters and provides help in their planned industrial action for improved wages and conditions. But it’s clear that in return he’s after access to the accountancy company’s information on the Ghanaian water deal.

And he inveigles himself into the affections of both women, especially the whiter and more internationalist Coral. Further betrayals take place.

The two campaigns move at a pace, with the reader pitched into a demonstration which disrupts a PR stunt involving a Ghanaian government minister before joining the cleaners on an impromptu picket line.

Both initiatives seem to achieve their objectives — awareness-raising and a hike in wages — but the power of the capitalist state and of individual businesses soon ensures that these unravel. The failure of local trade union officials to back the women results in another betrayal, especially for one of them.

As ever with books that seek to faithfully chronicle working-class lives, there’s a lot of humour in Dirt Clean and I especially enjoyed the picket line scene in which the strikers reflect on the individual hygiene and “waste-disposal” characteristics of staff at the accountancy firm as they scurry by.

This powerful work could have been even more impressive with sharper editorial oversight, reining in the author’s understandable keenness to demonstrate her encyclopaedic knowledge of the class struggles under scrutiny.