Novel explores the mindset of the younger generation in the GDR

ANNE RICHTER, German author of this new novel on the GDR, was 16 when the Berlin Wall came down and her story is that of three generations and two families as the narrative unfolds from 1965 to 1992. 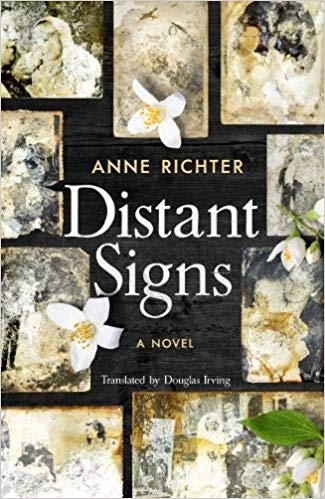 It begins as Margret confronts her professor father Friedrich in a lecture. She represents a new generation challenging their parents and the realities of the East German state, in which Friedrich has achieved a privileged position in society. His wife does not work and they have a housekeeper and a gardener.

Yet not all is happy. Margret’s mother Johanna spends her time lounging on the settee from which she directs family life and, at 14, Margret escapes to a free school community, where she goes on to become a teacher.

Her life contrasts with her husband Hans, who grew up in a rural area. The son of a factory worker and part of a church-going family, after the second world war his father returns home. He loses the use of his legs — no-one knows why — but Hans senses it has something to do with his experiences as a prisoner of war.

Hans’s life is changed by educational opportunities unavailable to his parents. He goes to school and university and becomes a biologist and he and Marget represent a generation writing a new chapter in the story of the GDR.

Yet life for women does not change. Margret works full-time while still doing most of the childcare and housework and her growing unhappiness with her marriage mirrors the unravelling of the East German state, exemplified by the attitudes of her students and her daughter.

Margret’s life contrasts sharply with Hans’s mother Lene, who has lived all her life in the countryside as a traditional wife and mother. Refusing to send Hans to kindergarten, she raises him at home.

There are beautiful passages revealing the harmony between Lene, the villagers and their rural life. While the rest of the society is facing turbulent changes, she has an inner peace that contrasts sharply with all the other characters in the book.

November 7 marks the 30th anniversary of the fall of the Berlin Wall and this novel, exploring the personal and political lives of Germans in the aftermath of WWII and the division of Germany, is a chronicle of how some younger East Germans decided that they wanted a different future.