Book Review The downside of data

A book on the 'metric society' details the use of statistics and digital information for malign political, social and economic ends, says ANDY HEDGECOCK

The Metric Society: On the Quantification of the Social
by Steffen Mau
(Polity, £15.99) 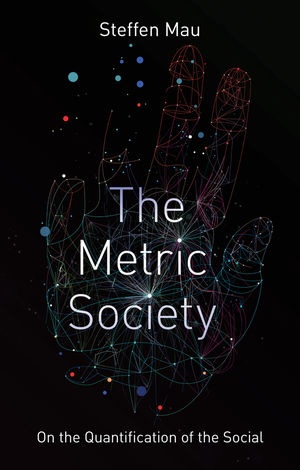 But Steffen Mau’s The Metric Society focuses on the growing trend for self-monitoring and ways in which we collude in our own subjugation.

In considering the role of statistics and digital algorithms in amplifying the inequalities of neoliberalism, the book reflects on value systems, the history of data management and the misuse of quantitative evaluation in extending market-led competition into every area of life.

Mau’s analysis of the developing “quantification cult” is clear and compelling, with the author explaining that social quantification is rooted in business accounting, a key driver of Western capitalism.

This, he explains, has also informed the state’s use of data as a means of political control. Its use of technologies that enable digitisation, replication and manipulation of language and images also enables the tracking of our hobbies, habits, relationships, trustworthiness, intelligence and movements.

It is, says Mau, increasingly difficult to find havens of “data freedom.”

He considers a series of abuses and distortions which affect our lives and opportunities and his starting point is that the human taste for measurement feeds into the obsessive comparison of status and reputation.

He goes on to explore apparently objective rating systems, such as university league tables and credit ratings and highlights their biases, fallibilities and risks. The “reality” of such ratings is critically dependent of the credibility the general public attach to them, he asserts.

And he investigates the “toxic feedback loops” embedded in selection and sorting programmes. Our “points mean prizes” digital culture is based on a series of self-fulfilling prophecies because computer algorithms are, he suggests, creating social reality rather than analysing it.

One way in which this takes place is that individuals or groups with positive data profiles are more likely to gain access to resources, opportunities and services.

I was particularly intrigued, as a former educational project evaluator, by the chapter dealing with the “rampant cult of evaluation.” Mau correctly asserts that mass evaluation in universities, schools and clinics, based on simplified and cost-effective methods of comparison, has distorted recruitment, professional standards and interactions with service users.

A couple of years ago I heard a group of colleagues comparing metrics recorded by their wearable devices. This was my first encounter with the notion of “competitive sleeping” and Mau points out that this technology may make us fitter but is likely to create insecurity about our bodies and limit the way we spend our leisure time.

And he argues that quantification is a necessarily reductive process, counter to the spirit of diversity.

The Metric Society accepts that digital data helps us make more effective predictions about the world. But it warns that the cost is a more calculating population — and a less equal society.

More an open therapy session than a play