Books Review The facts and figures that back the Brexit case

Brexit: The Road to Freedom
by Will Podmore
(i2i Publishing, £9.95)

EXHAUSTIVELY researched, packed with statistics and chock-full of survey results and factual nuggets, Will Podmore’s new consideration of all things Brexit is a boon for any Leaver seeking substance to back up their case. 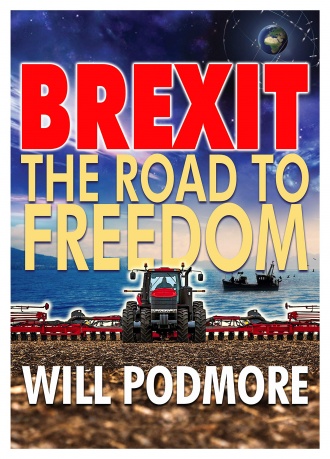 Written from a left perspective but refreshingly free of party politics or point-scoring, it progresses painstakingly through the gamut of Remainer arguments, comprehensively demolishing each one in turn.

Most effectively, Podmore debunks many oft-quoted objections by using prominent Remainers’ own words and statistics, often proving in the process how senior politicians and analysts have quite cynically changed their tune to suit the needs of their doom-laden Brexit scenarios.

In fact, Podmore will use any voice or source to back up his point and it’s this wide breadth of supportive material that helps to make his rebuttals so convincing.

It also emphasises the point — obvious but seldom heard — that we should be making our minds up about Brexit on the basis of what we know about the key issues, not on whether we agree or disagree with its main protagonists in other areas of political life.

The book is especially useful when considering topics that the mainstream media — and even many Brexiteers — fail to adequately shine a light upon, such as the myth of the Irish border “problem.” It's neatly dismissed by reference to the fact that Britain and Ireland had soft borders for decades before the EU, thanks to the Anglo-Irish Common Travel Area.

Podmore also demonstrates that most goods imported into Britain are already subject to monitoring by electronic systems which, for example, allow £80 billion of annual trade to pass through the port of Felixstowe without a customs officer in sight.

The author is a senior librarian by profession, and it shows. The weight of evidence, which has clearly been marshalled over countless hours, is overwhelming at times and, although it is nearly always presented in digestible form, often there’s a feeling that it has just been flung onto the page.

Though all is carefully ordered with appropriate headings, there’s little in the way of a logical thread and subjects are often returned to again and again under different guises. There’s also no attempt at drawing the evidence into some kind of conclusion but in fact the book finishes in mid-air, having made only a final, arcane point about Britain’s shipping strategy.

There’s also a problem with tenses — sometimes Podmore talks as if Brexit has already happened, sometimes as if it’s about to come. Perhaps this confusion is due to the awkward time at which he has written the book, with no guarantee that the government will actually deliver on the public’s call to leave the EU.

Even so, it raises a small amount of uncertainty about the author’s purpose and perspective. A proper structure would have enhanced the undoubted strengths of Podmore’s information gathering, but at no point does the lack of one make the book unreadable or inaccessible.

Essentially, its main purpose is to cut through some of the drivel and disinformation we’ve been fed over the past three years and in that ambition Podmore has been highly successful.

Friday 29th May 2020
Forget the courts — I'm not leaving my eco-home
Friday 29th May 2020
As Minneapolis burns, what can the Thatcher years teach us about combating Trump and Johnson?
Thursday 28th May 2020
Schools are not safe to reopen on Monday, scientists warn as government refuses to backtrack
Monday 01st Jun 2020
Tom Watson has peerage blocked
Monday 01st Jun 2020
Minnesota cops 'trained by Israeli forces in restraint techniques'
Join the 501 Club