The poison that's infected the mainstream of the body politic

DUTCH academic Cas Mudde began researching the far right in the 1980s when, he notes, “neo-nazi groups could barely protest in the streets without being arrested and anti-immigration parties barely registered in the polls.” 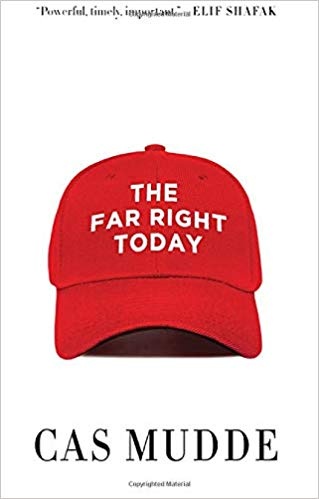 But fast-forward to today and three of the world’s five most populous countries are run by a far-right leaders in India, Brazil and the US. Radical-right parties are part of coalition governments in four European countries — Austria, Bulgaria, Italy and Slovakia — and fully in control in Poland and Hungary, while two more are propped up by radical right parties in Denmark and Britain.

This political mainstreaming of the far right is largely the subject of Mudde’s book, whose main thesis is that is precisely its widespread popularity and acceptability that characterises what he calls the “fourth wave” of the postwar far right which, dating from the start of the 21st century, is different from its three earlier incarnations.

Responsibility for this, he argues, lies at least as much with the mainstream parties and media as it does with the radical right itself. The media have provided coverage and airtime to “mediagenic far-right politicians” like Farage, Bolsonaro and Trump far out of proportion with their actual popularity, at least initially, because “they provide spectacle.”

Yet, to compensate, they have tended to be overly critical and even combative, feeding into the fake victimhood narrative that is so potent for such figures. Thus, the far right win twice: “What happens... is not just that readers and viewers are exposed to their ideas but that some will sympathise with the ‘underdog’ far-right politician who is ‘unfairly attacked’ by the ‘arrogant elite’.”

And with the entire weight of colonial prejudice on their side, their ideas have far more resonance than those of the radical left, Mudde contends. Given that their ideology is closely related to mainstream values, rather than fundamentally opposed to them, they do not have to change people’s minds and  “simply have to present themselves as the logical conclusion to arguments which have been made for years.”

Already in this “third wave,” mainstream politicians have been adopting the rhetoric and narratives of the far right on issues such as terrorism and immigration without, Mudde argues, radically changing their policies.

Now the mainstream parties are playing catch up, attempting to claw back credibility by aping the far right's policies as well as its language.

What is so worrying about all this is that the radical right have not changed. The convergence between mainstream and far-right parties now underway, Mudde suggests, is not at all the result of any “moderation” on the part of the radical right but almost entirely due to the embrace of radical-right perspectives by the mainstream.

And, beneath all the bluster, the ultimate goal of the radical right remains the same as it ever was: ethnocracies in which “the dominance of one ethnic group is structurally determined,” with others reduced to the status of second-class residents.

Labour’s strange relationship with the bomb

Covid-19 and the potential democratic deficit

Workers have been failed throughout this crisis, now this Budget declares war on them