Moving reflections on Palestine's tragic past and present

IN GOING Home, celebrated human rights activist, lawyer and writer Raja Shehadeh returns to the format that earned him an Orwell prize for his 2008 work Palestine Walks: Notes on a Vanishing Landscape. 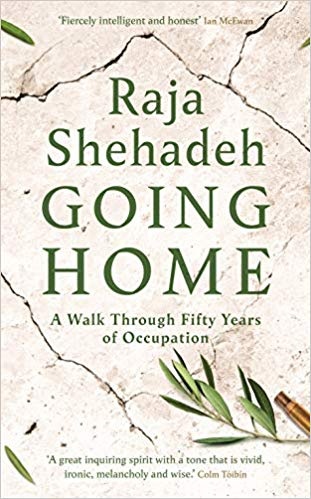 Then he wrote of his thoughts and feelings during a series of walks in Palestine and provided commentary on its recent history, but in this book Shehadeh embarks on just one walk through the streets of Ramallah on the occasion of the 50th anniversary of the Israeli occupation.

As much a personal account of his own life and how he feels about his ageing as a cultural and political commentary on Palestinian identity, Shehadeh’s writing is a fine example of how to weave together a variety of strands while maintaining an eloquent simplicity and ease of understanding.

He makes comparisons with events in his own life and how he has personally changed both physically and politically, with the examples he chooses being simple occurrences from everyday life. Mundane they may be, but they’re imbued with clarity, honesty and universality.

In the years before the start of the new millennium, his household’s prized Byzantine jug was broken. Shehadeh was devastated by such a calamity and the only way he felt he could redeem himself in his own eyes was to commit to rebuild it.

He compares the jug with what had happened to Palestine itself throughout the years. Once it was whole, but now it is broken into tiny pieces with no hope of resolution in sight. So, reflecting on whether the destiny of Palestine will one day be appreciated more for being reconstructed after going through so many massacres and wars, he sets to work to repair it before the turn of the century to set out a positive marker.

But his optimism was dashed just nine months later when Ariel Sharon visited the Temple Mount and the second intifada began. He describes how he took his seven-year-old nephew for a walk and suggested that they ask some Israeli soldiers if they can look at a tank so that he would know that human beings were inside. The boy shook his head and marched away.

Shehadeh comments on how he feels that he has no right to tell the boy, now a 22-year-old man, how he thinks the struggle for Palestine should now continue.

With great melancholy, he writes that after so many defeats, errors and false dawns, the past should not bear down too heavily on today’s reality — his generation made so many mistakes that he has no great claim to have the answers to the key questions.

Shehadeh has in the past commented that the Palestine Liberation Organisation has taken too much advice from the Palestinian diaspora, whose focus on romantic notions of heroic endeavour has caused them to forget the realities of people living in Palestinian territories.

It is this focus on real people and their actual lives that makes this book so engaging. It evidences Shehadeh’s dignity and love for his fellow Palestinians, which is what makes him such a great writer and an authentic voice for the millions living under occupation.