Engaging biography of an establishment technocrat

MEMO to my reviewing self: don’t always judge a book by its fly-leaf blurb — as a result of doing just that, I very nearly threw this brick on RB Haldane into the bin. 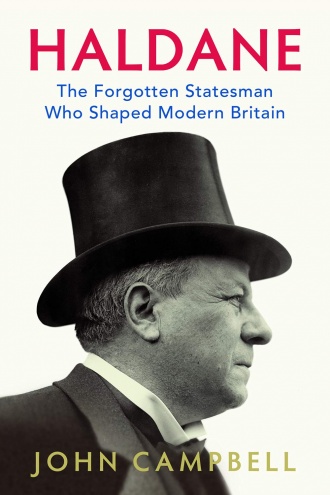 Its author, John Campbell, is the co-founder of an international private equity and infrastructure house and this would appear to be his first, rather patrician, foray into biography.

He’s so grand that he has a little helper who is also credited as a collaborator. One assumes Richard McLauchlan was the date and fact-check grunt, but I might be maligning him.

The work is endorsed by dozens of Establishment types — it looks like the House of Lords signing-in book — plus failed Labour leader Gordon Brown for “balance.”

Yet his subject matter is certainly due a reappraisal for the good. Haldane was the inspiration behind “redbrick” universities and the Medical Research Council. Not so admirably — at least from a from a leftist perspective — he was one of the brains behind MI5 and MI6.

Perhaps because he’s a neophyte author, Campbell eschews the chronological approach. He looks first at the personal basis for Haldane’s approach to statecraft and goes on to a thematic review of his key reforms. This makes the job of the reader more participatory in joining up the dots, which is no bad thing.

Campbell also employs an engaging and unstuffy style, albeit one occasionally given to gushy hero worship, with references to “our Haldane” abounding.

Yet while the fundamental premise of the book is the patently false “great man” theory of history, Haldane and his times do deserve this refocus.

Campbell shows that Haldane’s wealthy, Scottish and Calvinist heritage both fixed him simultaneously at the centre and the margins of the ruling class. Although for most of his life he was a Liberal imperialist, he was variously enamoured of the Conservative Party, supporting its concentration-camp policy in the Boer wars, and the right wing of the Labour movement.

He gained the respect of the likes of Beatrice Webb and collaborated with her to help found the London School of Economics. She thought that he found “his relaxation in bad metaphysics and in political intrigue.”

In essence, Haldane was an early version of the technocrat, broadly supportive of the capitalist order but impatient with its more inefficient aspects. As a result, he delivered the much-needed reordering of the British army as secretary of state for war and the Canadian constitution while lord chancellor in the governments of Henry Campbell-Bannerman and HH Asquith.

Pushed out of the latter role because of Conservative Party xenophobia — his love of German culture was too much for the likes of the Daily Mail —  he drifted within the narrow compass points of the Establishment to return to the role of lord chancellor in Ramsay McDonald’s 1924 minority Labour government.

Campbell makes a good case that Haldane was a key catalyst in improving the effectiveness of certain aspects of the British state in the years either side of the first world war. I’m not so sure that he fully achieves his goal of vindicating the man as being of such super-significance. He almost protests too much in promoting his subject’s prominence at every possible turn.

Ironically for such an Establishment character, Haldane’s real value lies in the society of socialist lawyers named after him. For over 90 years, they have been an impressive thorn in the side of the very British state of which he was such a loyal servant.