HOUSEWORK, and who does it, was a key concern of the second-wave feminism of the 1970s, the time of the international Wages For Housework movement and Ann Oakley’s influential study Housewife. 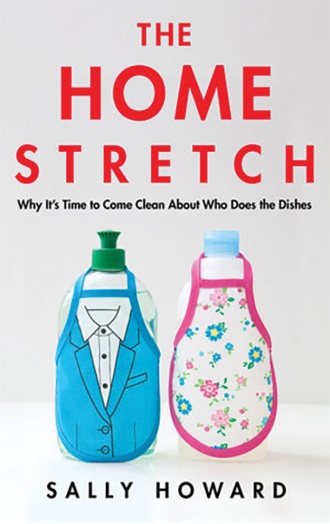 Since then, as journalist Sally Howard argues in her brilliant new book, the issue has dropped off the agenda of mainstream feminism.

Certainly, men do more domestic labour than they used to — an average of just one hour 20 minutes in 1971, compared with 17 hours a week in 2016, according to the UK Office for National Statistics.

However, even this improvement lags far behind the 36 hours that women spend, on average, doing household chores today.

Indeed, the unfair distribution of work persists even when both partners are working, though I should say we are talking about heterosexual partners — same-sex relationships seem to result in different outcomes.

This “second shift” that women have to work is exacerbated by marriage and having children — what Howard calls “the parent labour trap.” These key life events tend to reinforce traditional gender roles, she explains, with tasks defined as female usually daily, monotonous and menial and so-called male tasks such as gardening and DIY usually “occasional and dispensable.”

Many privileged women have sought to escape the unequal workload by employing domestic labourers, usually poor non-British women, something Howard opposes. She notes that, incredibly, “there are more live-in domestic workers in London today than there were in the 1890s.”

It’s a wide-ranging treatise, with fascinating explorations of the history of home economics, how technological changes have affected women’s lot (spoiler: not much) and the rise of “cleanfluencers” and “instamoms” on social media today.

The chapter on utopian visions and alternative communities is particularly interesting — I had never heard of self-taught architect Alice Constance Austin and the feminist, socially egalitarian Californian city she was commissioned to design in 1915.

It was never built, but the plans featured a radical layout of “kitchenless homes,,, connected by a system of underground tunnels used for commuting, laundry and hot-meal collection and delivery from a large centralised city kitchen and laundry.”

Turning to how we might “reboot the stalled domestic revolution,” Howard argues that “many of the great successes of feminism have come in moments when boots were on the ground.” An example is the legendary 1975 women’s general strike in Iceland, in which 90 per cent of adult women left their jobs and families to march in the streets. It led to equal-gender pay rights being enshrined in Icelandic law a year later.

The Home Stretch: Why It’s Time to Come Clean About Who Does the Dishes is published by Atlantic Books, £14.99.