Brown-nosing eulogy to billionaire Elon Musk from a former employee

STRAP in Tesla fans, because you’re in for a ride even wilder than the Cybertruck, the world’s first electric pickup vehicle with bulletproof windows. 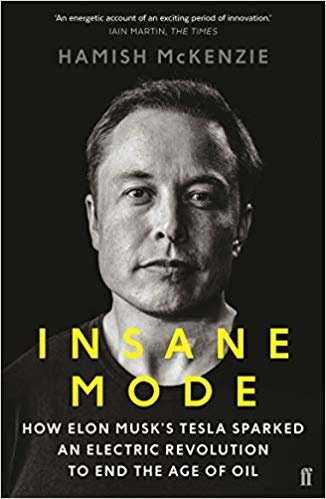 Yet, much like the recently unveiled Cybertruck, the first question this book on Elon Musk provokes is simply: Why?

For the Cybertruck, Musk’s answer is that: “Trucks have been the same for a very long time … we need something different.” Whatever.

But this book is nothing new, just another wish-fulfilment billionaire hagiography. The cover, alluding to the eponymous biography of Steve Jobs, even features a black-and-white photo of Musk.

Hamish McKenzie concedes that he originally planned to write the book in 2013 but, after phoning Musk to discuss it, he was offered a job at Tesla.

He returned to the project after he left the company, claiming: “Journalism was an itch I hadn’t finished scratching.” McKenzie has since admitted elsewhere that he signed a non-disclosure agreement and seems extraordinarily, some might say legally, careful to make clear that this is not an insider’s account.

Based on what he’s come up with, legal action seems unlikely because he writes like he’s auditioning to be a Tesla copywriter. Unnecessary, since he actually was one and his book reads like a series of last-minute attempts to meet word counts.

“Elon Musk is standing on a black-floored stage in a black suit over a black T-shirt, in black shoes. His hair is a perfect whoosh of brown. He got here at 8.50pm, only twenty minutes late,” being an example.

Yet read between the lines and there are some interesting stories in here. There’s a brief mention of the fact that Tesla received government funding, cited in the Elon Musk Pugilistic Powerwall of Fame listicle which pads out a page.

But no figures are given, an odd omission given that Tesla share prices are quoted ecstatically elsewhere. For the facts, readers would have to refer to actual journalism, such as the Los Angeles Times estimate in May 2015 that Tesla had benefited from around $4.9 billion in government subsidies.

Similarly, abysmal working conditions in Tesla’s factories are skimmed over.

This isn’t a proper investigation of Tesla. Written in a hurry and meant to be read in a hurry, it’s a fanboy romp and, for a certain kind of reader, I’m sure it will deliver.

For everyone else, set your AI driving systems to “avoid.”