ACCORDING to Roberto Mangabeira Unger, the “insular vanguards” of the knowledge economy exist on the sidelines of all areas of production. But their practices and wealth haven't filtered down, bearing in mind the fact that traditional mass production no longer provides the growth we once had. 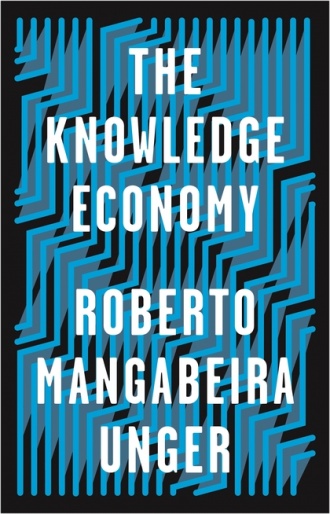 He explores the conditions that could make the knowledge economy more inclusive which, he believes, would bear down on stagnation and inequality.

The most controversial policy options he advances relate to employment, with Unger using the analogy of the military. The irregular army, he argues, is more able to deal with changes of plan than traditional methods of command and control — it’s how workers should operate in the economy as a whole, he declares.

Unger believes that a change in approach to education is required, with lifelong study encouraged so that workers can keep up with the latest developments. They will need to be more “portable” but with safeguards such as the universal basic income — a measure not without controversy — enabling them to take the risks which could facilitate innovation. Contracts would “travel” with the worker, enabling them to move easily between jobs.

To ensure this flexibility isn’t a shortcut to economic insecurity, there would be a sliding scale of how much legal representation a worker would need, a measure that would have obvious implications for unions. To break the assumption that flexible working equals low pay, all contract workers would be paid the same as those in stable employment.

Ensuring all firms and workers can have a share in wealth requires institutional and governmental change to make them “decentralised, pluralistic, participatory and experimental” and the control of information should encourage open access rather than block it.

Many of the ideas advanced by Unger may lead to questions as to whether they are in essence capitalist. For the author, that misses the point because the argument for “inclusive vanguardism” rests on social-theoretical premises incompatible with the underlying concept of capitalism.

The Knowledge Economy is an intelligent examination of policy ideas which dare to challenge economic norms. While occasionally complicating factors are glossed over, such as the suggestion that workers spend time caring for someone outside of their own home — what about the quality of care or safeguarding? — the book is a worthy contribution to the debate about how we can make our society work for all.