PUBLISHED in 1985 in the Soviet Union, this first English edition of Svetlana Alexievich’s book is a very painful reminder of the affects of war. 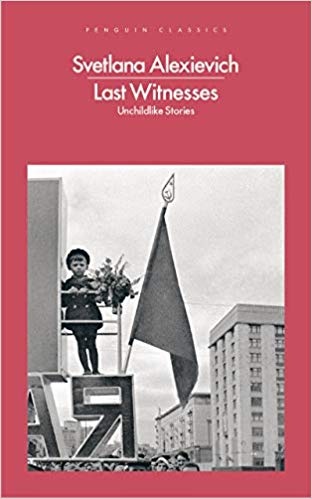 In the 1970s, she started interviewing the generation of children who had lived through WWII and who had carried that trauma with them as adults.

Official narratives of that period — the Great Patriotic War, as it was known in the USSR — are a reminder of the brutality of the nazis, the destruction of cities and towns and the deaths of at least 20 million soldiers and civilians.

Millions of Soviet children died during the conflict and the book’s preface has a quotation from Fyodor Dostoevsky stating that no war can be justified if it makes a child cry. Pouring out of these pages are the tears of the children who survived it.

Each chapter begins with a child’s name, his or her age at the start of the war and their occupation at the time of interview. It’s followed by the individual’s story, told in their own words, and they are a very difficult read.

Each narrative is heartbreaking in revealing thoughts and feelings as the terrible episode in their life begins. There’s a constant theme of their father departing, their relationship with their mother and the way in which their lives are destroyed by the war.

Some stories stand out. There’s the Jewish child whose father is taken away and whose mother hands her over to another woman so that she will survive.

Children lost their parents, with some never to find out what happened to them, while many ended up in orphanages.

They witnessed their homes and villages invaded by the nazis and watched as their relatives who were partisans being strung up by the Germans in the village square.

These are unchildlike stories because children should not have to be part of wars. But we know this continues to happen across the world.

Last Witnesses is an indictment of adults who do not do everything they can to stop war happening.

They should heed the words of one of the interviewees, who tells Alexievich: “We are the last witnesses. Our time is ending. We must speak. Our words will be the last.”