Laurie Cunningham, the Leyton Orient legend, who made football a dance

BACK in 2014 I was excited to read Paul Rees’s book The Three Degrees, about the 1978/79 football season when West Bromwich Albion became the first British football team to field three black players: Cyrille Regis, Laurie Cunningham and Brendon Batson.
As an Orient fan, I was particularly interested in reading about Laurie Cunningham’s part in this social change. 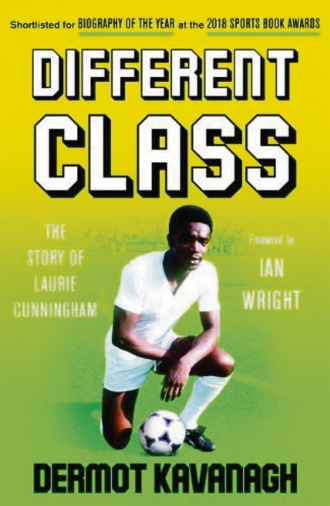 All three players were superb, and played in a time of dire racial tension when racism was highly politicised and active on the streets and terraces. The talent, grace, and style of all three men helped to change the opinions of many and opened the door to more black players in the football league but also to how we saw and related to each other.

In 1977 he became the first black footballer to play professionally for England and in 1979 the first Englishman to play for Real Madrid.

Born in North London, 1956, Cunningham was also well known as a dancer at London’s soul clubs, dressing carefully and precisely.

In the ’70s and ’80s, before we were priced out of it, football was the arena for young working-class men. Fashion, music, and politics were all played out on the terraces. Football was a crucial part of many a working-class youngster’s life, as was music, and the book looks closely at the soul and funk scene in ’70s London.

Music and dancing were as much a part of Laurie Cunningham’s life as football, and they all played a part in changing the country.
The London soul clubs of the ‘70s played a different sound to Northern Soul, funk and jazz filled very diverse dance floors. Don Letts, that cheerful commentator on youth subcultures, remarks in the book: “It was an across the board mix, I can’t tell you how mixed it was. Categorically, no scene has been as mixed as the soul scene, never ever, before or after, there was a common ground.”

Clubs such as Crackers, Bluesville, and El Sombrero are all part of the book, and they’re an important part, if rarely discussed, of our cultural history.

Punk, which plopped from fashion and art schools, gets all the academic interest. I was also pleased to see “Sir Power,” the sound system Laurie’s reggae loving brother Keith Cunningham was a part of, get a mention. Even New Beacon Books’ Sam La Rose’s footballing is mentioned. Kung fu films aren’t forgotten, and moves from the films inspired dancers, funk and northern, on their respective dance floors.

Dez Parkes, an east London dancer who frequented the same clubs as Laurie, states: “We created something but we haven’t been recognised, we are just a commodity. The London soul scene – a lot of creative thinkers came out of that – we had to create our own survival.”

More and more is being written about the cultural importance of football, and where it sits with music and fashion. The story of black footballers is an important one and while the struggles they faced are at the heart of the story, celebration is too. Laurie Cunningham overcame all that was in his way, and with style, his own style at that.

He made football a dance, dancing a statement, style a serenity. When it came to talent he was in a league of his own, but he was not from a different class, he was from the same streets as us and was our own class at its very best.

Different Class: Football, Fashion and Funk — The Story of Laurie Cunningham, by Dermot Kavanagh is published by Unbound, £9.99.

Newspapers ‘turning on staff’ as revenues plummet during lockdown

Thousands of construction workers sacked without compensation in Turkey

Key workers risking their lives on poverty pay must be paid at least £15 an hour, union demands