Proud of her class: Kerry Hudson
×

IF KERRY HUDSON portrays working-class life with such sensitivity, humour and warmth, it is because she knows it well. 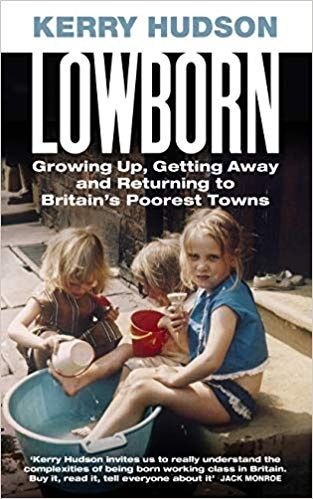 Describing herself as “proudly working class” but “never proudly poor,” her fiction is set among the poor and the marginalised, the class she was born into.

Lowborn, Hudson’s first non-fiction book, is part memoir and part travelogue. It follows the author’s travels around Scotland and England as she revisits the locations of her fragmented, poverty-blighted childhood.

She also tries to discover what it means to be poor in Britain today and if anything has changed since her childhood.

On travels that take her from Aberdeen -— where she was born into “a clan of matriarchal fishwives” — to Canterbury, North Lanarkshire, Sunderland and Great Yarmouth, she recalls painful memories of her family’s downward spiral into poverty.

Along the way she revisits the succession of “damp, chaotic” flats and cramped and dangerous temporary accommodation where they had lived.

There are happier memories too. Hudson pays tribute to the people who helped her, such as the kind librarian who encouraged her to read and didn’t fine her for late or lost books — children in temporary accommodation are prone to losing things — the teacher who nurtured her creativity, the friend who could see beyond her “weird” charity-shop clothes.

These were the people who helped her escape a future of “benefits queues and means assessments and shitty zero-hour contracts” and “Jeremy Kyle in a shiny suit telling me my sort was scum.” There were others too, such as teachers, social workers and landlords, who could have made her life easier yet chose to look the other way.

A lesser writer might have claimed her successes, with her career as an acclaimed author and her life of “warm, stable pleasures,”  as the result of an exceptional talent. Hudson puts it down to little more than good luck.

As a child, she says, she had been clever and adaptable with a good imagination, although no more so, and often a lot less, than many of the children she  grew up with.

So what has changed since Hudson’s childhood? There are some signs of hope. One of her old schools now “poverty proofs” its pupils to ensure that children from poorer families are not excluded from extra-curricular activities.

Yet the overriding picture is bleak. She finds the communities where she had lived are now reeling from a surge in heroin addiction and places where benefits sanctions are driving people to foodbanks, unheard of during even her childhood.

Lowborn bears witness to a society that Hudson says is structurally and systematically marginalising the poor. As a first-hand account of communities struggling to stay on their feet, it makes a moving, revealing read.