LIFE in Norway in the 1990s and today is the subject of Jenny Hval’s novel, which is not a book that you’d read for its plot — there is no detective, no action hero and no romance — but for its compelling sense of place and time.

At its beginning, the narrator is a teenager surrounded by two strong tribes of people — Evangelical 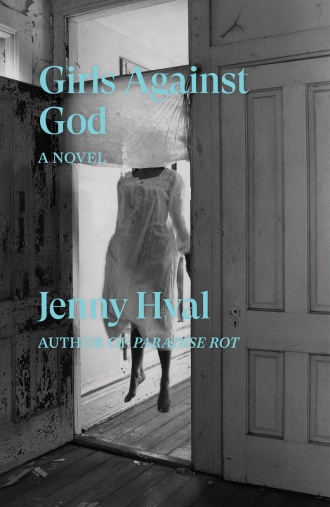 She is “the Gloomiest Child Queen” who hates her way through school. But she splits away from the other girls who think it’s fine if the boys are racists “because they’re hot” and “because boys will be boys, boys and their Nazi punk songs.”

She travels to Australia and imagines making films. “This is where I want to write, in an impossible place, a place that no longer exists... I want to feel the moments where realism was dissolved, be part of the scenes in which unbreakable rules for narratives were broken as if were the most natural thing in the world.”

Returning to Oslo, the narrator finds a sense of community in women’s experiences. She joins a band of female musicians, reads about the witch trials of the Middle Ages and is fascinated by their victims, the original Girls Against God, whose witchcraft “is more powerful than both God and Jesus combined.”

The narrator travels with the members of her band to an Edvard Munch museum, where they study Puberty, one of his most famous paintings and the nameless young woman who is its subject. She is struck “by the naive notion of taking the girl home, painting clothes on her, black clothes maybe.”

Through the pages that follow, the story becomes increasingly abstract — “All of Oslo’s components float like a deck of tarot cards, sprinkling and flaking fragments that we can reassemble like a mandala, a whole, flaming from our own brew.”

Hval is best known as a musician and in the 1990s she was a singer with misanthropic black-metal band Shellyz Raven. She now sings under her own name and has had success with music that is slower and lighter but also more complex.

Reading this novel feels much more like listening to one of her songs than reading a conventional story — chapters flit forwards and backwards in time and passages of intense realism give way to the impossible.

The atmosphere of Girls against God is on its surface bleak and unforgiving and yet beneath that impression there is a second story about the strength and solidarity of despised women.