The Media, the Public and the Great Financial Crisis
by Mike Berry
(Palgrave Macmillan, £22.99)

MIKE BERRY, from the School of Journalism at Cardiff University, has written a quietly devastating academic examination of the impact of the British print and broadcast media on public knowledge and understanding of the 2008 financial crisis. 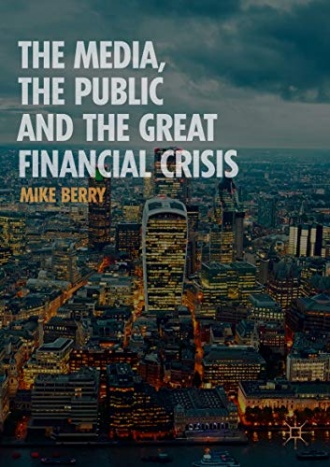 Focusing on the October 2008 bank bailouts and ensuing debates about the national deficit and austerity, Berry conducted content analysis, focus groups with the public and interviewed senior journalists producing the news.

With the public’s interest in economic and business news at unprecedented levels in 2008, he found that the media “functioned to channel the very real public anger … into largely symbolic issues,” while leaving the deep structural faults in Britain’s financial system largely unexamined, with City voices dominating core coverage of the partial bank nationalisations on the BBC Today programme.

Similarly, he observed that the media constructed to varying degrees a narrative that the deficit represented a major economic threat which necessitated quick and sharp cuts to the welfare state.

Austerity was largely presented as inevitable and Berry’s sample of BBC News at Ten’s output demonstrates that no space was given to economists, academics, unions or civil society actors who might have advocated counter-cyclical or anti-austerity policies.

Dismayingly, many of the participants in the focus groups said immigrants and asylum-seekers were a primary reason for the rise in public debt caused by the recession created by the financial crisis — an outcome of decades-long misreporting of public spending, welfare and immigration by large sections of the media, Berry argues.

The repercussions of this manufactured ignorance have been immense, ultimately leading to a widespread acceptance of austerity that has devastated large swathes of the country, playing a key role in the 2010 and 2015 elections, the 2016 Brexit vote and the election of Jeremy Corbyn as Labour Party leader.

Berry ends with a few tips for any Labour government interested in significantly increasing public spending, which will almost certainly incur the wrath of influential sections of the media.

There needs to be careful monitoring of public opinion, combined with “a proactive and robust system of rebuttal” and use of the mass membership to present the most effective arguments to the general public.

Essential reading for anyone who wants to understand post-crash Britain.