Book Review Nicosia Beyond Barriers: Voices from a Divided City

Potent visions of unity in diversity from Cypriot capital

THE Cypriot capital Nicosia has been continuously inhabited for over 4,500 years and it is first mentioned in a clay tablet dating back to 672BC in the era of its Assyrian ruler, King Esarhaddon. 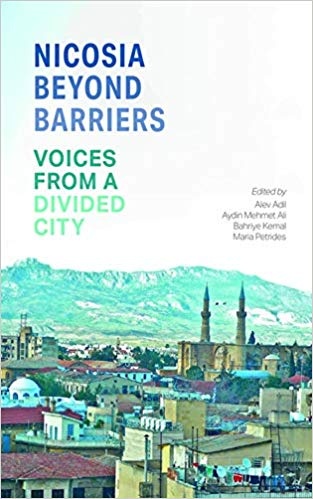 On the edge of Europe and Africa, its location on the trade routes crisscrossing the Mediterranean have given it a unique ethnography.

Since the murderous Turkish invasion in 1974 — triggered by the Greek military junta’s coup ousting president Makarios III — and the ethnic cleansing that followed on both sides, the two parts of the island had been hermetically isolated until 2003, when three crossing points were established.

This anthology of work by writers across the dividing “green line” reflects the growing contestation of the divisive, right-wing nationalist “Turkish-Cypriot” official narratives and the emergence of unifying, inclusive, perspectives which celebrate diversity.

Many of the 49 authors included have been neglected and marginalised by the dominant separatist discourse. But, in vibrant poem and prose, rich in Levantine tonalities, their pain, hope, empathy and even bitter humour are employed to subvert the hollow and hateful discourse of officialdom.

“Why are green lines called green/When they are drawn with charred remains of homes?” Jacqueline Jondot poignantly enquires, while Kivanc Houssein makes it plain, in A Walk Through Ledra, that: “Our leaders should negotiate … not in chandelier-lit plush committee rooms wearing suits and ties … they should sit on rickety village chairs … and hash out a deal or let the dust settle on them too.”

While at it they could do no better that hear out Yiannis Papadakis in The Language of the Dead Zone: “Both sides were screaming with pain, with true pain, even the same kinds of pain. They were locked in a perverse screaming match to make one’s pain heard over the other’s.”

The editors’ selection is a literary breath of fresh air, proclaiming a sea change in attitudes. As Gur Genc spells it out in Nicosia: “You’ve held my name in your mouth for far too long spit it out now, Nicosia…” Stephanos Stephanides senses it too in Broken Heart: “Warm countenance of youth in cold helmets/is the lifeline of this ailing heart/fluttering banners/that banish me from severed arteries.”

And Adriana Ierodiaconou maps the city’s vital signs “in slow suburbs/in fiery lots without tenderness/under stones/in the Archangel’s promises/in the green of the banknote and the wish/the heart of Nicosia.”

Nicosia and its inhabitants are liberated on every page of this prodigious volume, with its soul encapsulated by these visionaries.