BOOK Power to the people in the city of angels

LOS ANGELES may be where American myths are made, in the form of Hollywood films, but in this book Mike Davis and Jon Wiener show that it’s also a city of rebellion, where US capitalism has been consistently challenged by grassroots campaigns. 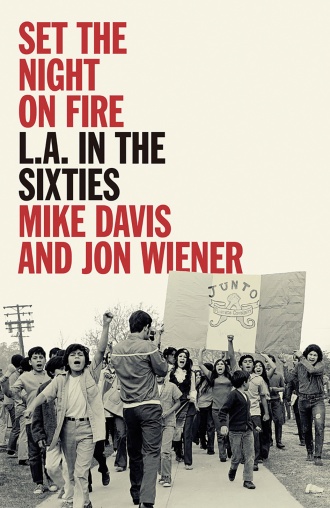 The city was at the vanguard of enduring social movements, demanding not just an end to racism, but violent policing, war, homophobia, sexism, environmental destruction, restrictions of public space and discriminatory housing and education.

This very readable but meticulously detailed year-by-year account has relevance far beyond its time and place. The sixties were a decade that shaped politics for half a century and the authors show how different struggles were interlinked across the US.

An example is the fight for civil rights in the Deep South, which informed and inspired movements on the West Coast. As James Baldwin put it: “[There’s] no distance between Birmingham, Alabama and Los Angeles.”

Davis and Wiener give an honest assessment of victories and defeats, such as the battle against LA’s history of segregated housing, to the point where it was described as akin to apartheid South Africa.

In 1963, California passed legislation outlawing the common practice of white homeowners and developers refusing to sell to black people. The year after, a reactionary coalition promoted a referendum to overturn the reform and comfortably won the vote that effectively sanctioned organised racism.

Against this background, it becomes easier to understand the origins of the Watts rebellion in August 1965.

As well as housing conditions, Watts was the product of pent-up frustration with a political system that had betrayed African-American communities, where deep poverty mixed with the constant menace of the Los Angeles Police Department, whose racist and violent methods were established long before Rodney King experienced them in 1991.

But Set the Night on Fire illustrates how the people of Los Angeles rose again, both culturally and politically. Budd Schulberg, who wrote On the Waterfront, helped set up the Watts Writers Project and the Watts Prophets emerged with a blend of music and poetry that inspired hip-hop.

The Black Panther Party and similar groups began to turn away from nationalism towards alliances with other working-class organisations, before being viciously suppressed by state forces.

In the late 1960s, Latino LA school students staged huge protests against their under-resourced education and there was a community campaign against official attempts to control the diverse uses of public space at Venice Beach.

In the concluding chapter, Davis and Wiener record how more recent movements have built on LA’s radical tradition. In May 2006, half a million people marched through the city in defence of immigrant rights and in January 2017, three-quarters of a million took part in the Women’s March following Trump’s election an d last year, LA was part of the wave of militant teachers’ strikes across the US.

The authors end with a message of hope, arguing that LA’s future will be shaped by a generation who “will be genuine successors to grandmothers and grandfathers who so long ago raised their clenched fists and demanded power to the people.”

Disabled people risk being ‘left behind’ when Britain comes out of lockdown, concerning new research has found

There’s Moore to Kieffer’s game than being a targetman, says Harry Wilson

Nato leaders eager to present China as a threat, but not an enemy

Wimbledon capacity to be announced on Wednesday