Book Review In the Red Corner: The Marxism of Jose Carlos Mariategui

Evaluation of the life and thought of influential Latin-American activist

A MARXIST who was the first to subject the continent to historical materialist analysis, Peruvian Jose Carlos Mariategui remains an emblematic figure in Latin America. 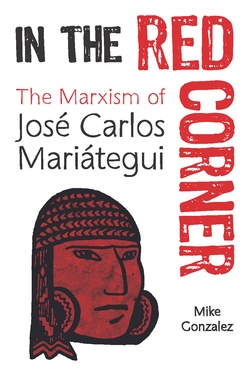 His magisterial Seven Interpretative Essays on Peruvian Reality, published in 1928, are still essential reading for an understanding of the indigenous peoples' socio-economic realities following the  Spanish conquest.

It had obliterated the Inca power elites and state structures but left their communal networks, their culture and organisation practically intact.

Mariategui considered politics, the economy and culture to be an indivisible and tightly interwoven oneness and hence necessarily subject to analytical rigour as an important factor in the struggle for socialism.

Crucially, he believed in grassroots control of any movement as essential for any lasting and meaningful progress to be made.

Mike Gonzalez, to borrow the somewhat feeble boxing metaphor of his book's title, makes generally a good fist of his evaluation of Mariategui the person and revolutionary and his ideas, despite often overloading contexts with superfluous information, repetition or speculation.

His chapter on the groundbreaking journal Amauta (teacher/Inca elder in Quechua) is the most revealing. All its 32 issues, published between 1926 and 1930, the year of his death at the age of 35, amply evidence Mariategui’s employment of inclusive debate to analyse the interlinked political, cultural and economic realities of Peru and advance strict Marxist methodology and understanding.

“Marx,” Mariategui wrote, “pulled his method from the very guts of history.” His own was pulled from the guts of Latin America and Peru in particular and has been wholly vindicated by history.

In the Red Corner is published by Haymarket Books, £16.99.