Must-read on heroes of labour history in the Midlands

THIS little gem surveys an eclectic selection of “reds, rebels and radicals” from Derbyshire, Leicestershire and Nottinghamshire over hundreds of years.

All, according to its author David Bell, shared the “courage and confidence to take on the power of the establishment” and there are, inevitably, many communists.

They include the entire Kane family, whose women were noted for their rock-solid resilience. Important to labour history were brothers Mick, who led the reunionisation of the Nottingham coal field after the scab union deposed the loyal union in a deal with the employers after 1926 and Jock, an intellect behind the post-war radicalisation of Yorkshire miners.

“Chesterfield legend” Baz Barker (1910-1994) became a communist during the General Strike and never deviated once, becoming an AEU convenor for 38 years and being granted Freedom of the Borough in honour of his stalwart qualities. 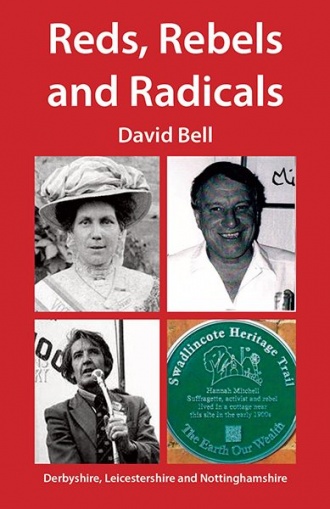 A well-earned place in the pantheon also goes to Ida Hackett (1914-2012), an indefatigable miner’s daughter from Mansfield, who was always to the fore in any workplace or estate struggle and who was a tower of strength in the 1984-5 miners’ strike.

Leicester, whose marketplace boats a seven-foot bronze in honour of Alice Hawkins (1863-1946), a working-class suffragette of towering importance, has produced a fair share of rebels.

Avtar Singh Sadiq (1941-2018) was a respected teacher, writer and poet when he migrated to Leicester in the early 1960s. A member of the Communist Party of India (Marxist), he earned enormous respect that went far beyond the East Midlands.

Derbyshire’s Alice Wheeldon (1866-1919) and Jeremiah Brandreth (1790-1817) were both set up by government spies and paid dearly for it, while Clay Cross-born Dennis Skinner MP is famous for his witty asides during important moments in the House.

A few others join a Quaker or two, Leicester’s Secular Hall and the now dormant St Marks Socialist Church to round off this feast of the wider left. Definitely a good buy.