Inspiration: Bulgarian war-hero Elena Lagadinova was a leading proponent of women’s rights in the 1970s
×

IN THIS book Kristen Ghodsee rescues from obscurity an important episode in the history of women’s activism at the United Nations, the contribution of women from the “Second World” of the socialist countries in eastern Europe between 1975 and 1985. 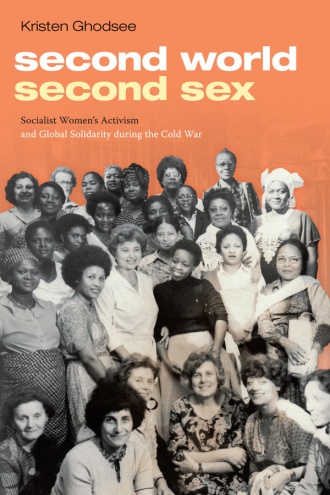 She reminds us of how important communism was to the lives of these women in giving them hope for a better future.

Ghodsee draws on the experiences of countries such as Bulgaria and Zambia to highlight the way in which connections were made between the second and developing worlds, leading to the spread of ideas about women’s equality and how women could be part of creating a new and more equal society.

These ideas contrasted sharply with the lives of women in advanced capitalist countries such as the US, where cold war politics marginalised progressive women with similar hopes and dreams.

Fluent in Bulgarian, Ghodsee was able to speak to some of those involved in women’s politics at the time such as nonagenarian Krastina Tchomakova, who had been involved with communist politics from the age of 18.

Her personal experience of being denied an education — unlike her brothers — the revolution of 1917 and her own readings of Marxist literature drove her towards communist politics.

As Ghodsee points out: “How could a poor peasant girl such as Krastina Tchomakova, born in rural Bulgaria to illiterate parents, ever rise up to become a member of an official delegation to a United Nations conference halfway across the world?”

Tchomakova worked within the political constraints of the communist world she inhabited, playing a clever chess game that weaved together socialist tracts with the country’s need for women in the workplace.

“Compared with the post-war situation in the USA, Bulgarian women were leagues ahead of their American sisters by 1975,” Ghodsee comments.

All women were working within the environment of cold war politics that had male politicians in the east and west in control but they worked hard to push women’s needs up the national agendas in their own countries.

At that time African, Asian and Latin American states were emerging out of their colonial status after liberation struggles. To women in these countries, the socialist bloc provided a more positive alliance, offering support to rebuild their countries after WWII and providing women with programmes for education, healthcare and training.

It’s a revelatory history and reading the book made me question why there is no comparable history of British communist women and, equally important, what are we going to do about it?