The Establishment may still control the means of production but working-class writers are taking the initiative in reaching out to readers, says TIM WELLS

MANCHESTER University Press has published a Tom Woodin book, Working-Class Writing and Publishing in the Late Twentieth Century, and the blurb trumpets that the book’s of “interest” to the general reader. 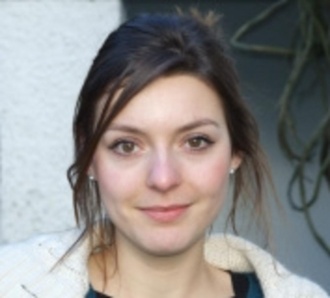 I certainly am interested in reading it — I was writing, gigging, publishing and being published in that same late-20th century. MUP have done their job and priced the book at £75, ensuring that the people the book is about are objects of study rather than participants in the cultural life of the country.

If they’re wondering why working-class writers formed the organisations we did and published ourselves in the late 20th century, and continue to do so, it’s because of things like that £75.

Very recently, my Stand Up and Spit blog posted an article from the first issue of City Limits magazine from 1981. The article is about funding for writers and starts:

“The awarding of grants to writers is the subject of a new report (Writers and the Arts Council) whose publication has brought the debate, for the umpteenth time, to the boil.

"Commissioned by the Arts Council itself from sociologist Jim McGuigan, it assesses the process by which an author qualifies for a grant, and the method in which s/he uses it.

“Exposed are such contentious issues as the need for writers to be sponsored by an establishment figure, the apparent preference given to established, mainstream, southern, middle-class authors and the emphasis placed on the claims of ‘literary merit’ rather than financial need.

“At a meeting held at the ICA a couple of weeks ago, McGuigan expounded on these and other problems – informing us, incidentally, that although the Arts Council has published his report, not only is it ignoring most, if not all,  of its implications but has suppressed a chapter on the difficulties faced by the Federation of Worker Writers and Community Publishers (FWWCP) in trying to obtain a grant.”

The FWWCP is of particular focus in the MUP book, as is the Stepney Words school strike, widely covered on my blog. Woodin says that the strike was “the single most significant event in the emergence of the Fed.”

The strike was sparked by the publication of poetry by Stepney schoolkids and led to their teacher Chris Searle being sacked and so to a strike by the kids. Yes, the Morning Star’s jazz columnist Chris Searle.

These days arts organisations like Apples and Snakes speak for writers. That means they can put on events like last August’s Rallying Cry, where they aim “to celebrate and empower those taking a stand.”

Class is still a sore point. At the start of last year, PN Review set its attack puppy, Rebecca Watts, on Hollie McNish and Kate Tempest. Both are fine poets and both middle class but “working class” was the term of abuse slung at them by Watts, who’s not been seen in the real world since.

But things have changed. When I was a young Ranter the Arts Council and Poetry Society were firmly on the other side. Yesterday’s zinesters are now a part of those establishments and make some difference. More please.

Back then, and still now, I think it’s better that class is not a marketing term for publishers, writers are not the straw administrators build a career from. Despite what the Grauniad think, the Forward Prize is not the voice of poetry. Poets are.