MARK DRESSER, one of jazz’s foremost double-bassists, is Professor of Music at the University of California in San Diego, at the same Mexican frontier where legendary bassist Charles Mingus was born in Nogales. 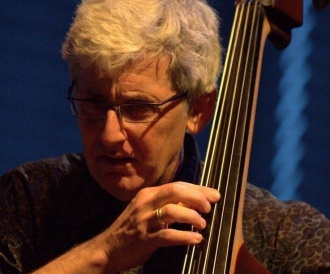 Dresser’s musical life has included many years playing with Anthony Braxton, Henry Threadgill and numerous other jazz boundary-breakers but Mingus has had a profound influence. “As a teenager I was moved by Mingus’s recordings — the brilliance and audacious originality of his bass playing, the power and directness of his music,” he tells me.

“He and Jimi Hendrix pointed a direction, affirming the power of sound in time. Certainly, Mingus’s example was a template for self-actualisation as bass player, composer and bandleader that I could aspire to.”

Mingus’s political perspectives have also left their mark. “As the composer of Fables of Faubus and Meditations on Integration, I would guess that if Mingus were alive now, he would have plenty to offer in response to our current present, of the profoundly disturbing global implications of the US and the regressive cycle we are in.

“There are many ways to have an impact and offer a counter to the state of the state. The programmatic approach via titles and liner notes, though explicit, may not have a larger and longer impact.

“I revel in the impact of Muhal Richard Abrams in the creation of the Association for the Advancement of Creative Musicians (AACM) in Chicago, or William and Patricia Parker’s organisation Arts for Arts and William’s writing and community building via the Vision Festival in New York, where themes of social justice are explicitly celebrated.

“These are the initiatives that have real and lasting organisational impact.”

Dresser’s new album Ain’t Nothing but a Cyber Coup and You radiates Mingusian political commentary, as well as elegies for fallen musicians and simply beautiful and dynamic original music.

The album’s title tune is Dresser’s sonic commentary on the Trump era, “a reality-horror-show of corruption, malice, xenophobia and class warfare.”

This is anti-Trump America in full voice, with Dresser’s relentless bass pulse the heartbeat of it all. A stirring reflection of the US today, it’s one to hear, savour and reflect upon — this is jazz at the sonic crossroads.

Government a puppet for the rail companies