FICTION The Treatment by Michael Nath

IT’S a sure sign that we live in corrupt times that an author as accomplished as Michael Nath is not better known. 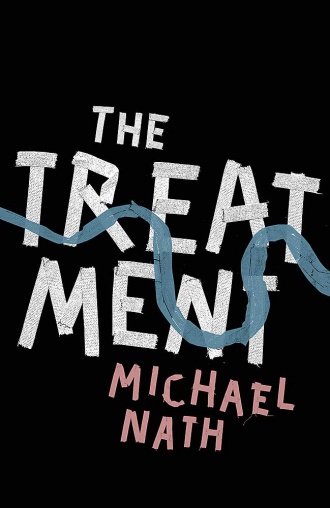 Fittingly, his third novel The Treatment focuses on the coruscating influence of corruption on communities, individuals and justice, both of the legal and natural varieties.

Unlike his magnificent British Story — expansive both in geography and time frame — his latest is more compact. Spanning two decades, its settings are mainly south-east London and various criminal holiday resorts in Spain.

But it is just as ambitious in its scope and as loving in its employment of deeply mined knowledge and sometimes arcane argots.

It's protagonist is Carl Hyatt, previously employed as an investigative journalist on a paper waspishly referred to as the G*******. Now employed by a far humbler but much braver publication, he hasn’t let go of his personal and professional absorption in the earlier murder — an extreme expression of “the treatment” — of Eldine Matthews, a young black man.

The seeming immunity from prosecution granted to his suspected killers from the L Troop gang, due to their uncle’s baleful influence, has parallels with the appalling murder of Stephen Lawrence. The resulting police cover-ups are deliberate and acknowledged so by the author.

Yet, if this singular incident provides the book’s spine, the author recreates a precise 3-D anatomical account of a society more generally defined by racism and the legitimate responses to it.

This is a novel of bone and flesh, vivid and raw in characterisation and narrative. It is trademark Nath — its guts are gloriously exposed and they slither with the most wonderful characters, from campaigning lawyer Victor Hanley and one-eyed comedian John Fabian “Cunctator” Morgan to meteorology-obsessed rent boy Donna Juan and the serpentine bent copper George Arnold.

Yet the novel is at its most satisfying in how it represents the many strong women who appear, including Carl’s wife, Karen, and work colleague, Fabiana. In spite of their own struggles and doubts, they have the measure of the problem of “the treatment” and the correct response to it.

Early on, the reader might be slightly overwhelmed, narcotically so, in attempting to keep track of these and dozens upon dozens of other characters. But they should trust the author and keep with him to the novel’s explosive and perhaps somewhat tongue-in-cheek conclusion.

With a generous display of memorable slang from all points of the compass — fanfaronade, kokum and molly house being my favourites — The Treatment is an uncorrupted account of our society and a beautifully vulgar one at that.

Britain gathered intelligence for US in order to undermine the Cuban revolution, documents reveal