BOOKS Uneasy lies the head that wears the Saudi crown

A new book reveals how the autocratic Mohammed bin Salman is not as all-powerful as he would wish to be, says JOE GILL

The Son King: Reform and Repression in Saudi Arabia
by Madawi al-Rasheed
(Hurst, £20)

THE West’s perverse relationship with the Saudi ruling family has come under renewed spotlight in recent years with the regime’s devastating war in Yemen and the murder of regime insider-turned-dissident journalist Jamal Khashoggi in 2018. 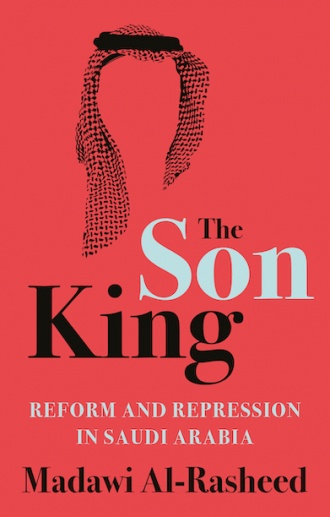 Exiled Saudi analyst Madawi al-Rasheed has become an authority on the vicious antics of Crown Prince Mohammed bin Salman since he came to power after his father succeeded to the throne in 2015.

In her new book, she offers insights and historical analysis based on deep knowledge of the kingdom.

Her own family fell foul of an internal regime crackdown following the assassination of the relatively nationalist King Faisal in 1975 by a cousin.

While her parents fled to France, she remained in Beirut during the civil war and the Israeli invasion of 1982.

Eventually her exile took her to Thatcher’s Britain where she studied at Cambridge University, focusing her interest on the evolution of the Saudi state.

In Son King, her new book, she explores the changing nature of the Saudi regime, from one that used Wahhabism — the ultraconservative brand of Islam — to achieve hegemony on the Arabian peninsula with British support to the more recent conversion to a nationalist modernisation drive under bin Salman.

As she explains in the introduction, bin Salman’s intensified persecution of all dissent in the kingdom made it impractical for her to talk to Saudis in the country and so the focus is on the growing number of exiles who criticise and campaign for change from their new homes in the West.

Rasheed’s perspective on the current regime is a useful corrective to those Western correspondents who have lauded the modernisation drive of bin Salman and bought into the idea that only a top-down repressive approach can work in a country mired in social conservatism.

The anti-extremist securitised approach to “reform” is a useful cover for the continuing lucrative arms-for-oil sales that underpin the near-century old ties between Riyadh, London and Washington.

While the book does not offer a particular theoretical approach to its subject, one important insight is that unlike most modern Arab regimes, the Saudi rulers never considered Britain or other Western powers as colonial occupiers.

Britain helped to assure the rise to power of the Saudi clan, based in the Najd province, including naming the country after the ruling family.

Oil is the cement that binds Saudis to the ruling family under a form of oil-rentier state capitalism, with relatively high standards of living for the population despite extreme inequality between rich princes and millions of ordinary Saudis.

Critically, an immigrant workforce of 10 million — a third of the population — does most of the productive work.

Most Saudis are public employees and beneficiaries of a patriarchal welfare state.

Until the rule of Salman, Saudi Arabia used its control of the holy sites of Islam, Mecca and Medina, as a source of legitimacy, while deploying its vast wealth to spread its ultraconservative brand of Islam across the Islamic world.

The September 11 2001 attacks and terrorist attacks within Saudi Arabia brought the chickens home to roost and now the regime is distancing itself from its religious heritage.

Rasheed provides a nuanced understanding of the complex tribal and multi-confessional nature of Saudi Arabia and the way the regime has used divide-and-rule tactics and marginalisation of the Shi’ites and other minorities to shore up the regime.

Bin Salman’s attempt to create a new ultranationalist narrative of the state, with reforms to women’s right to drive and travel and a vast new Western-style entertainment sector, is shown to be a vacuous consumerist model that excludes millions of less wealthy Saudis.

Female activists have been a target of the regime, with a number of high-profile arrests. Despite the bad publicity, there is no sign of a reprieve from long jail terms and abuse of these brave women.

The crown prince’s purges and mass arrests have paradoxically pushed together a diverse, though often divided, diaspora of dissidents into campaigning for human rights and constitutional reform.

These are not, by and large, revolutionaries. Rather they are the exiled children of the elite who would like to see a British-style constitutional monarchy with basic guarantees and an end to rampant corruption and repression.

There are fascinating interviews with leading figures but it is hard to assess whether this disparate group represents a significant level of discontent and pressure for change back home in Saudi.

As Rasheed asks in her conclusion: “How long can Saudis remain silent over their own impoverishment while at the same time seeing the perpetuation of elite privileges, especially those of the crown prince?”