IN RESPONSE to a call from the British government for workers to fill the gaps in Britain’s post-war labour shortage, the Empire Windrush brought the first large group of Caribbean people to Britain in 1948. 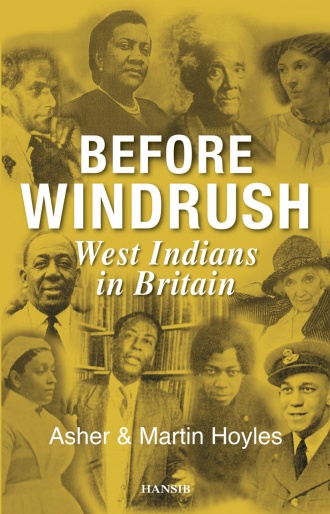 By 1973, nearly half a million had settled here. Working in the NHS, manufacturing and construction, transport and the postal service, each one was automatically a British subject and free to live and work in this country permanently.

The history of the Windrush generation is well-known, as is the ongoing scandal of the despicable treatment many have received in recent years in having their citizens’ rights denied.

The phrase “Windrush generation” is often used as a chronological baseline for the immigration of West Indians to the Britain, but the aim of Before Windrush: West Indians in Britain by Asher and Martin Hoyles is to dispel the notion that Caribbean immigration only started after WWII.

Little-known are the stories of the West Indians who lived in Britain in the 18th and 19th centuries and contributed to this country through politics, sport, writing, medicine and the military.

Their biographies are fleshed out, interspersed with Asher Hoyle’s starkly hard-hitting poetry.

The first chapter concentrates on the position of slaves brought to Britain and some interesting people are included.

One of them was the remarkable John Edmonstone who, arriving from Guyana and attaining his freedom, worked as a taxidermist and became a friend of Charles Darwin, passing his skills on.

Darwin was able to use this knowledge gained from Edmonstone in preserving specimens on the voyage of the Beagle from 1831 to 1836.

Interesting, too, is the history of Fanny Eaton, who arrived from Jamaica in the 1840s.

Working mainly as a charwoman but also as an artist’s model, she was painted by pre-Raphaelites such as Rossetti and Millais.

Posed in Palestinian, Libyan, Indian and Egyptian costumes but never as her mixed-race Jamaican self, paintings of her can be seen in major galleries worldwide.

Many names are well-known, Mary Seacole, Learie Constantine and Marcus Garvey among them, but others, although less familiar, are lives of achievement against the odds, who stand as impressive role models.

The chapter on political activists is particularly interesting as it includes portraits of Robert Wedderburn and William Davidson, 18th and 19th-century revolutionary activists.

The first was imprisoned for his beliefs and oratory, the second hanged and beheaded for his part in the Cato Street Conspiracy.

To read the biographies of Henry Sylvester Williams, Amy Ashwood Garvey, Ras T Makonnen and George Padmore is a revelation — their triumph over racism and their commitment to building movements against colonialism and for pan-Africanism is as inspiring as it is enlightening.

Yet their names may be unfamiliar to many and their overlooked and often hidden history, and that of countless other Caribbean immigrants to Britain, is waiting to be discovered.

That is why this book is so important in showing the important contribution that pre-Windrush immigration has made to British society.

Before Windrush: West Indians in Britain is published by Hansib Publications, £9.99.