Picture This The Wolf of Baghdad: Memoir Of A Lost Homeland by Carol Isaacs

The history of Iraq’s Jews gets a revelatory graphic treatment

The Wolf of Baghdad
×

MESOPOTAMIA, the land “between two rivers” of the Tigris and the Euphrates which is modern-day Iraq, is the “lost homeland” of this book’s title and it’s where the entire family of its author Carol Isaacs lived, prospered and belonged.

It was there that in 597 BC Babylonian emperor Nebuchadnezzar took 40,000 Jews into exiled captivity, a forced exodus that led many to stay on after Cyrus the Great came to power 60 years later and allowed them to return to Judea. 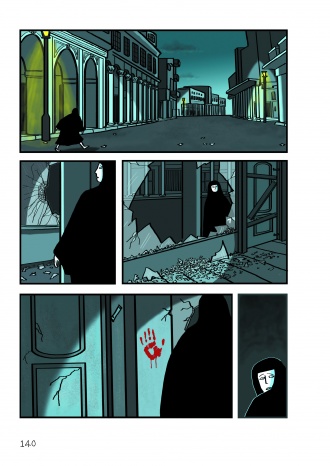 The ensuing history of Iraqi Jews is both glorious and immeasurably tragic particularly, as Isaacs chronicles, in the 20th century.

Choosing the life-saving emigration encouraged by Israel after WWII, their numbers were reduced from around 150,000 to a mere half a dozen today.

Known and admired for their enterprise, education, culture and as trusted neighbours, they fell victim to consecutive waves of violent and reactionary nationalism.

The anti-semitism propagated by nazi Germany incited wanton murder, looting and destruction, not unlike the 1930s Kristallnacht pogroms in Germany itself.

Racism and xenophobia grew in intensity from the 1950s onwards but many Jews fought back, often in the ranks of the Communist Party.

Isaacs, who has never visited Iraq, lives in a state of multi-location in her graphic narrative. Her daily life is in London but simultaneously she is often spiritually transported to Baghdad to wander the streets or visit old familial places of residence and “look in” on the trials and tribulations of its inhabitants. 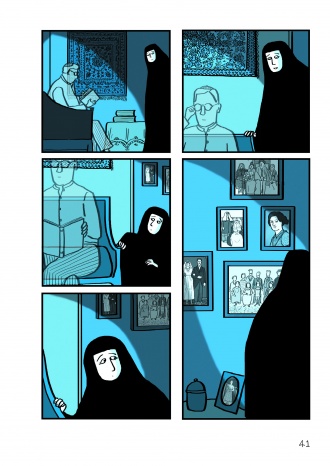 Wearing a chador, she moves like a ghost, watched over by the wolf of the book’s title. Endowed with mythical protective powers by the locals, a wolf-tooth amulet is, by tradition, indispensable and Isaacs’s spectre wears it as brooch to fend off evil, human or otherwise.

Movingly, the intriguing graphic narrative of her wanderings is interspersed with minute, single-sentence reflections from family members and others charting their appalling demise in a society deliberately and systematically poisoned with racial enmity.

Timelines signpost the heart-breaking story but perhaps redemption is possible. Isaacs’s internet exchanges with Iraqis of  good-will have increased recently and she has been invited to visit the Iraq embassy in London.

Tellingly, in a poll run last year by Al-Khuwwa al — one of the most popular Facebook pages in Iraq — about the possibility of Jews returning, 77 per cent of more than 62,000 respondents were in favour.

The Wolf of Baghdad is published by Myriad Editions, £16.99.