THE BLOOMBERG New Contemporaries exhibitions are a great way to get an overall view of young art. Since 1949, the organisation has supported promising art students in the difficult transition from art-school cocoon to competitive art world and being selected from numerous entrants to its annual touring exhibitions is in itself a prestigious boost. 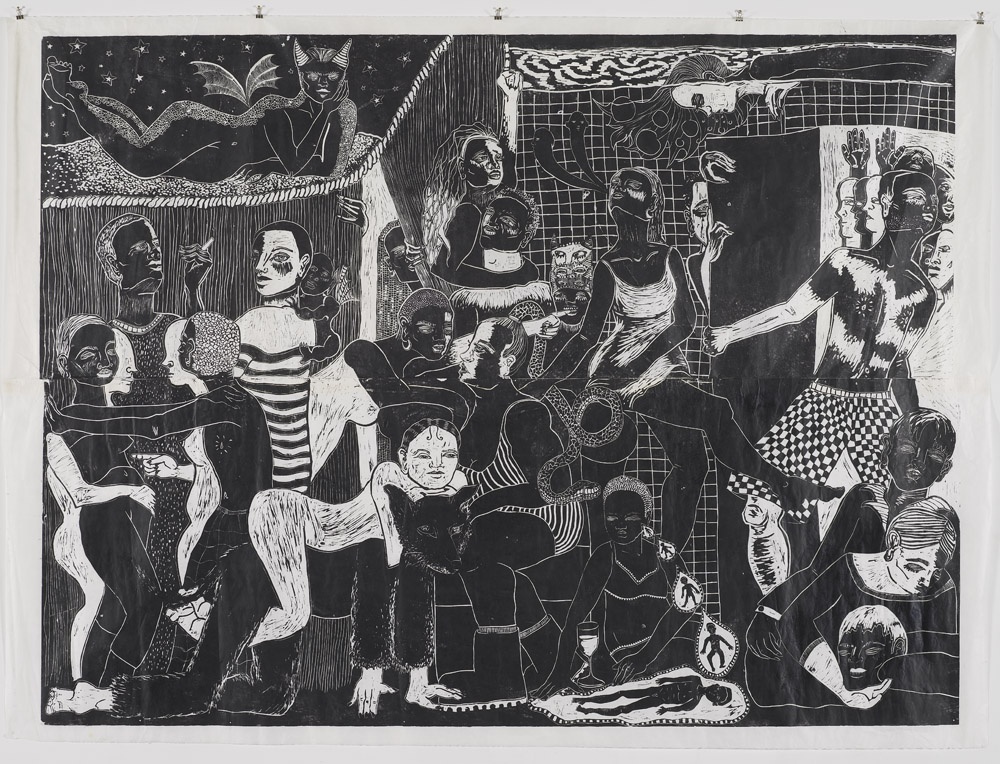 At the South London Gallery this year, a willingness to engage with serious themes overshadows the frivolous cynicism of so much recent art, with many students tackling themes of identity as they grapple with the confusion, complexities and richness of their multi-cultural backgrounds and/or their sexuality. 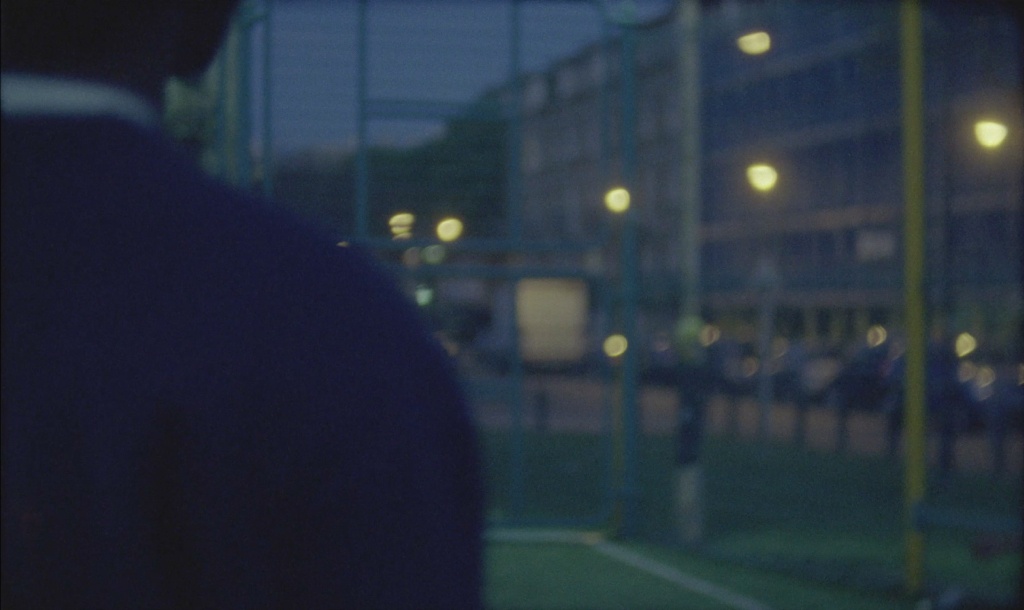 Some focus on the weirdness and instability of contemporary life. Alexi Marshall’s The Party delights in frantic abandonment, with crowded dancers boogieing among snakes, babies and ambiguous part-beast, part-human masked figures. Technically impressive, her massive linocut implies a resonance with the decadence of early 1930s Berlin. 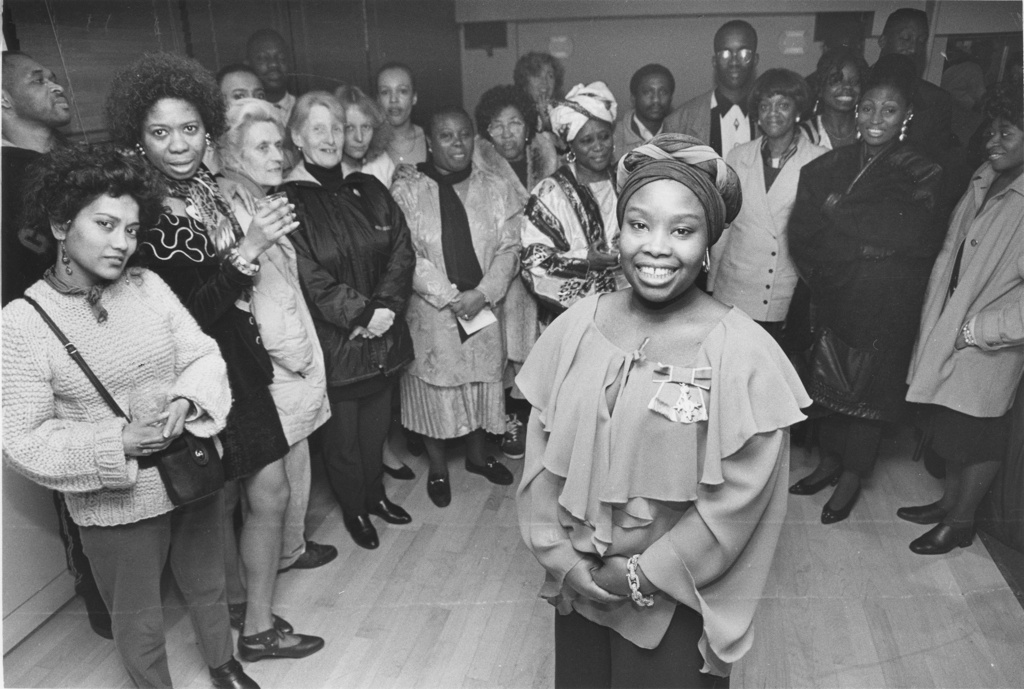 George Stamenov’s short video shows a banal kitchen corner whose fridge is topped with a bottle and glass of Coke next to a folkloric table cloth. Through computer-generated imagery their forms flutter, bubble, melt and reform in an endless fluid unsubstantiality, enhanced by an eerily etherial sound track. 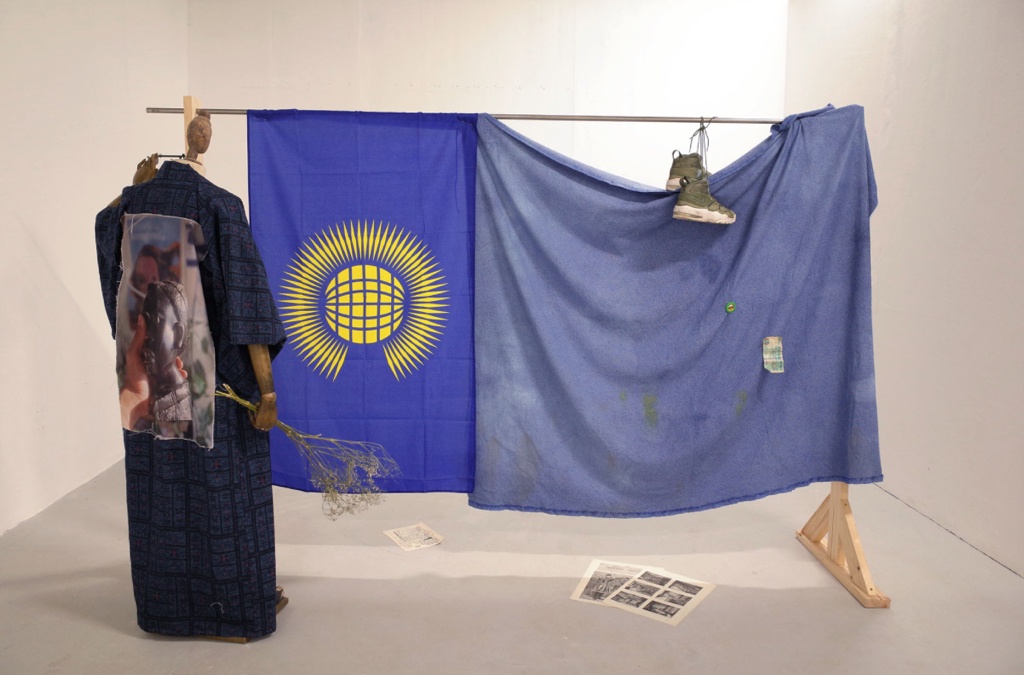 A closer look reveals the static background to be communist era wallpaper with its repeat motif of farm machinery cradled in garlands of an abundant fruit harvest. Nostalgia for his Bulgarian home or for its communist past ? According to Maki: “I saw still life as a potential template for a new form of story-telling.” 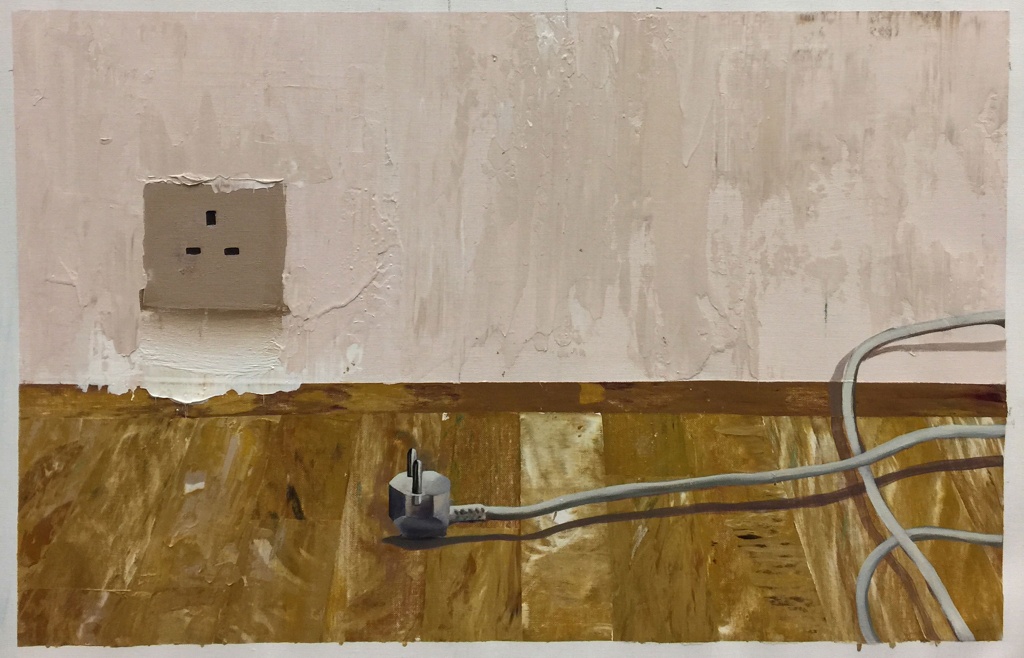 Several artists communicate personal experience of black Britishness. Madelynn (sic) Mae Green references “a trove of family photographs and videos.” She has an impressive command of oil painting, that notoriously demanding but most subtle of mediums, and in Summer ’97 she transforms a holiday snap of three children into a mesmerisingly unsettling painting. 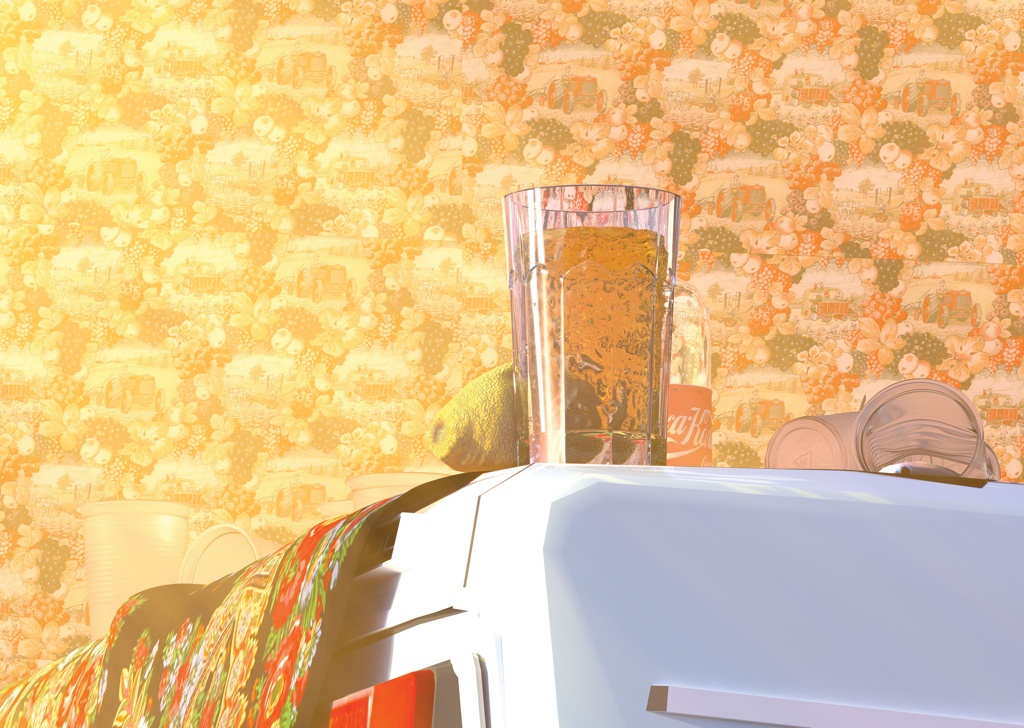 Bold sweeps of the brush outline some forms, others are defined with super-realist clarity while yet more are disconcertingly blurred. Even more troubling is the composition, which drastically cuts off a child’s head. Mysteriously, the everyday becomes at once stable and unstable, homely and strange. 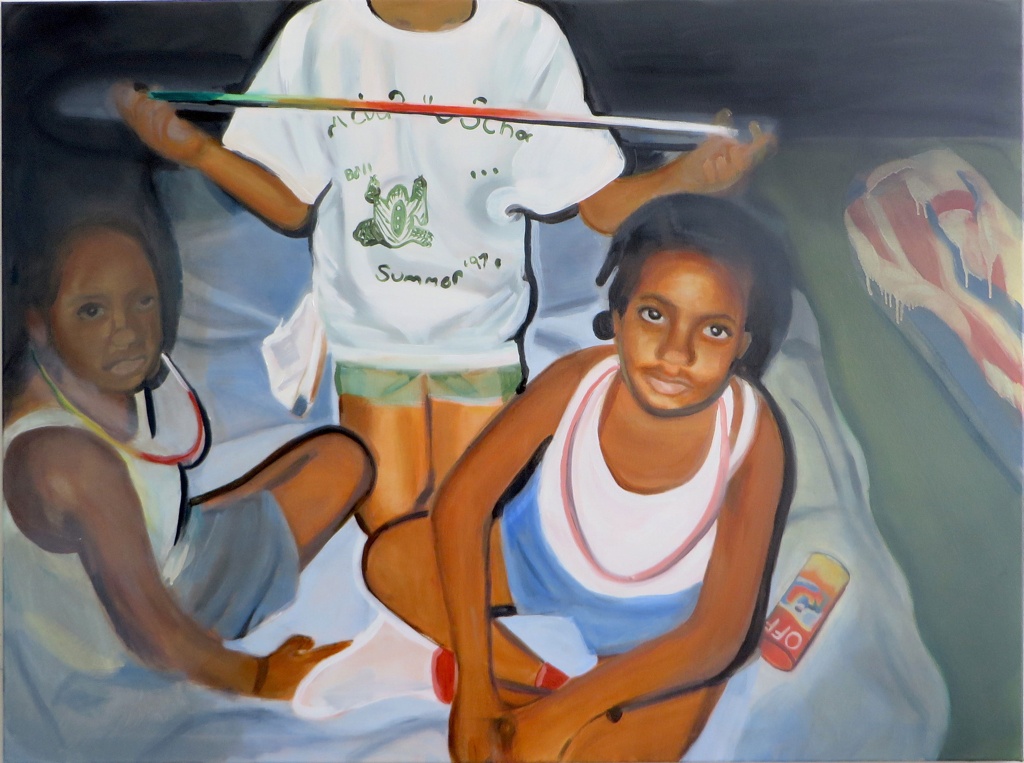 Sociopolitical content features large. Kobbi Adi’s installation The Weight juxtaposes a Ghanaian cedis, an antique mannequin wearing a kimono pinned with a Commonwealth Institute badge, with trainers draped over a worn flag and racist 19th-century Punch cartoons. It's a sharp critique of colonialism’s arrogant disregard for the specificity of diverse religions and cultures.

Iraqi Mohammed Sami’s painting Displacement is the most direct and moving political work. “The traumatic aftershocks of the Iraq war continue to surface as subconscious echoes within the materiality of my painting,” he says.

An impersonal room is seen at ground level, with an electric cable and plug stranded on the bare floor, unable to reach and connect with the electric socket in the skirting board. This desolate beauty is painted with such passionate accuracy, subtlety of colour and touch that without even knowing the painting’s title, this deceptively simple metaphor for the isolation, longing and loneliness of displacement is eloquently expressed. Sami is a born painter.

Ayo Akiungbade’s inspiring 16mm film also has much to say. In the most direct documentary tradition, she shows how the predominantly black residents of Brixton’s Angell (sic) Town estate relentlessly combated Lambeth Council’s indifference to the lack of amenities, poor maintenance and threatened privatisation.

She pays tribute to resident Dora who, despite her lack of experience, relentlessly took on endless “experts,” and organised the community in imaginative actions to succeed in improving the estate’s public spaces and converting its dangerous underground car parks into thriving studios to foster the residents’ creative activities.

Akiungbade stresses that black British working-class identity and the female gaze are the “foundations of my practice” and her understanding of artists’ social responsibility is very welcome, underlying her non-gimmicky, self-effacing accolade to working-class resistance.

Overall there is no tyranny of form or mediums. That about half the works are time-based screen and audio works is to be expected from a generation weaned on digital screens and social media. But it is good to see many students also rebelling against technological domination to engage in the tactile and visual pleasures and challenges of traditional means of expression.

Refreshingly accessible, largely devoid of pretentious or obscure content, the exhibition resonates with the youthful excitement of engaging with contemporary life and with varied mediums. A bright future awaits those who manage to retain their integrity in the faddish, market-driven art world.

Well worth seeing — and it is free.