Crises like this one tear the ruling class's veil of hypocrisy

On Friday March 13 the Chinese sent a plane with nine doctors and nine pallets containing 32 tons of medical equipment. This included intensive care unit equipment, medical protective equipment, antiviral drugs and the first 40 pulmonary ventilators of a bigger consignment, while a Chinese truck arrived bringing another 230 boxes of medical equipment.
×

CRISES — especially unexpected ones — force a rupture in the veil of hypocrisy that routinely characterises the public utterances of our ruling class and its media outriders.

That declining organ of conservative opinion the Daily Telegraph — whose readers, if its advertising content is any indication, have more need of mobility aids and incontinence pads than adventure holidays — gave us a striking example last week.

The paper’s assistant editor commented: “Not to put too fine a point on it, from an entirely disinterested economic perspective the Covid-19 might even prove mildly beneficial in the long term by disproportionately culling elderly dependents.” 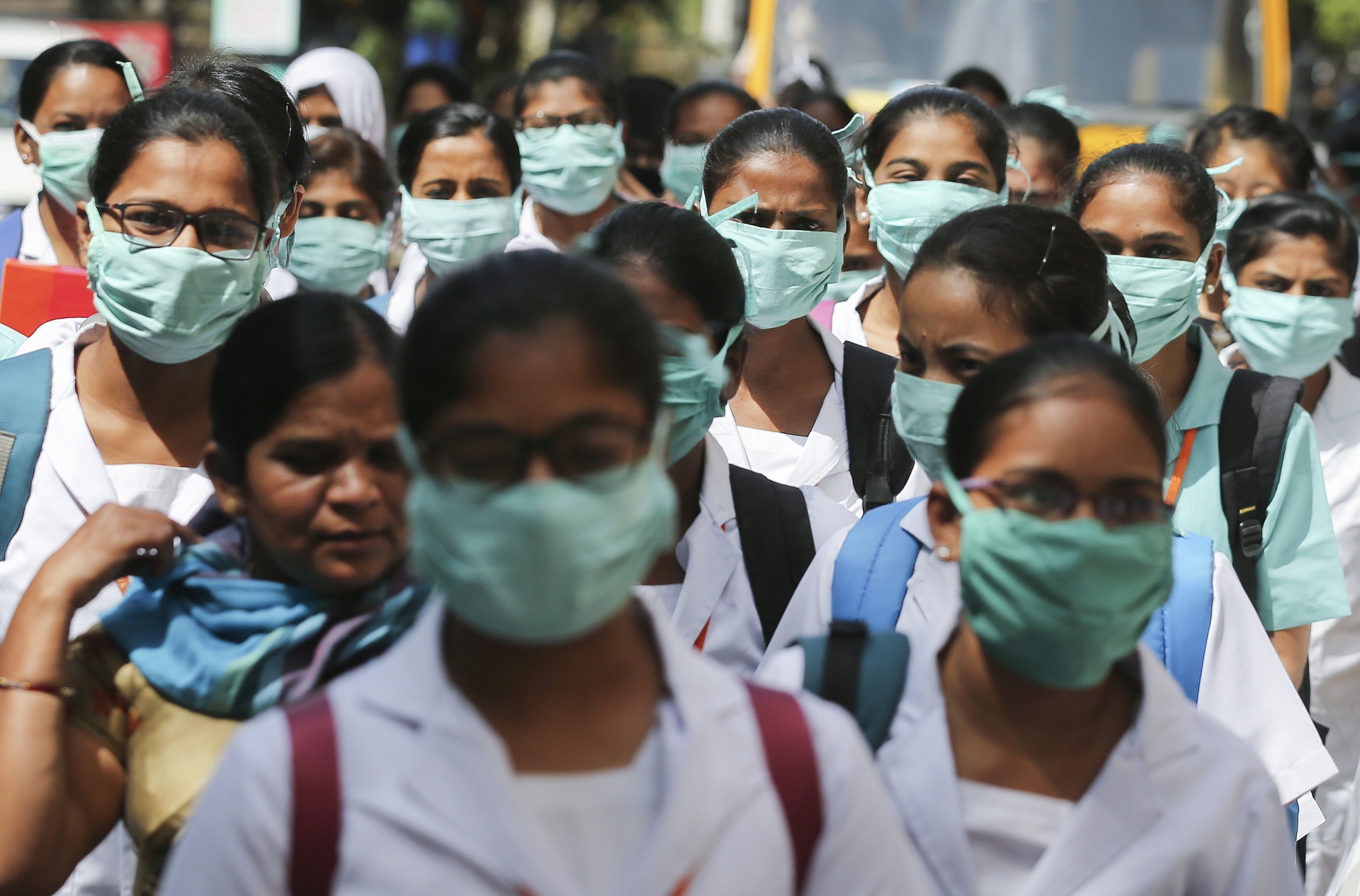 This naturally raises the question in this questioning mind of what a Tory propagandist might consider a “proportionate culling” of the elderly readers of his newspaper.

Last year saw the Telegraph sales decline by 12 per cent. I doubt its owners would consider the paper’s terminal decline at all beneficial, although others might.

The multibillionaire Barclay brothers — the magnates who most recently acquired ownership of this failing organ — are themselves well into their 80s and fall directly into the category of persons most likely to experience the beneficial culling that their employee regards with such equanimity.

Perhaps they are reassured by their relative isolation from contagion as they dwell, securely and unencumbered by the taxes that pay for our NHS, on their private Channel Island.

In a moment of contrition, the Telegraph writer regretted the infelicitous use of the word “cull” but remained unrepentant about the economic point he was trying make: “Any thinning out of those of prime working age is a much bigger supply shock than the same thing among elderly retirees.”

It is rare that a scribe in the service of the bosses distills the anti-human essence of bourgeois ideology with such clarity although, in his favour, he at least has a primitive grasp of Marx’s labour theory of surplus value.

The probable outcome of the coronavirus strategy followed by HM government is a matter of debate. What started as a fairly relaxed approach is, episode by episode, being ratcheted up to more closely resemble that taken by other European and developed capitalist states, the US presently excepted.

Panic buying tells us much about the distinctive national psyches: toilet paper in Britain, pasta in Italy, guns in the US.

The news that Mexico is considering imposing a ban on the entry of travellers from the US provides an ironic counterpoint to Trump’s constant demonising of what was the junior partner in Nafta and is now excluded from the Canada-US Free Trade Agreement that succeeded it.

This serves as a useful reminder that economic treaties between capitalist states are grounded more in the amoral universe they share with the Daily Telegraph than any more charitable or sisterly impulses.

We have been given striking illustration of this by the failure of any EU member state to respond adequately to Italy’s plea for aid in tackling its Covid-19 epidemic.

“Italy has already asked to activate the EU mechanism of civil protection for the supply of medical equipment for individual protection. But, unfortunately, not a single EU country responded to the Commission’s call,” said Italy’s EU ambassador Maurizio Massari. “Only China responded bilaterally.” 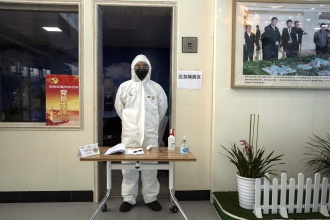 On Friday March 13 the Chinese sent a plane with nine doctors and nine pallets containing 32 tons of medical equipment. This included intensive care unit equipment, medical protective equipment, antiviral drugs and the first 40 pulmonary ventilators of a bigger consignment, while a Chinese truck arrived bringing another 230 boxes of medical equipment.

It is not that the various institutions of European solidarity were totally ignorant of Italy’s predicament.

European Central Bank boss Christine Lagarde went on record to say that the ECB is “not here to close spreads” between the borrowing costs of EU member states. This sent Italian bond yields spiralling higher and triggered a 17 per cent fall on the Milan stock exchange.

The effect of this entirely predictable assertion of the ECB’s role in policing “fiscal responsibility” was to throw each member state on its own resources in dealing with not only the coronavirus crisis but the more permanent crisis of the EU’s political institutions.

The foundation of this lies in the economic imbalances which, for the Germany-centred bloc, are the raison d’etre of the eurozone. Its southern states have less capacity to weather crises of these magnitudes and the resultant economic destabilisation is already producing new stresses in the political superstructure.

The coherence of the eurozone depends upon Italy — and other states in a similar situation — retaining the capacity to maintain and even stimulate enough domestic growth to service their debt burdens. The prospect of the ECB’s highly conditional support being withdrawn has sent Italy’s notoriously pro-EU political class into a crisis of disappointed expectations.

The so-called “centre left” in Italy — grouped around the fractious Partito Democratico — is wholly invested in the EU. Its political adversaries, both its government partner Movimento Cinque Stella and the Lega, have a populist EU-critical identity, although in both government and opposition both have moderated their critical tone and adjusted their policies to fall more in line.
These issues are central to Italian politics. 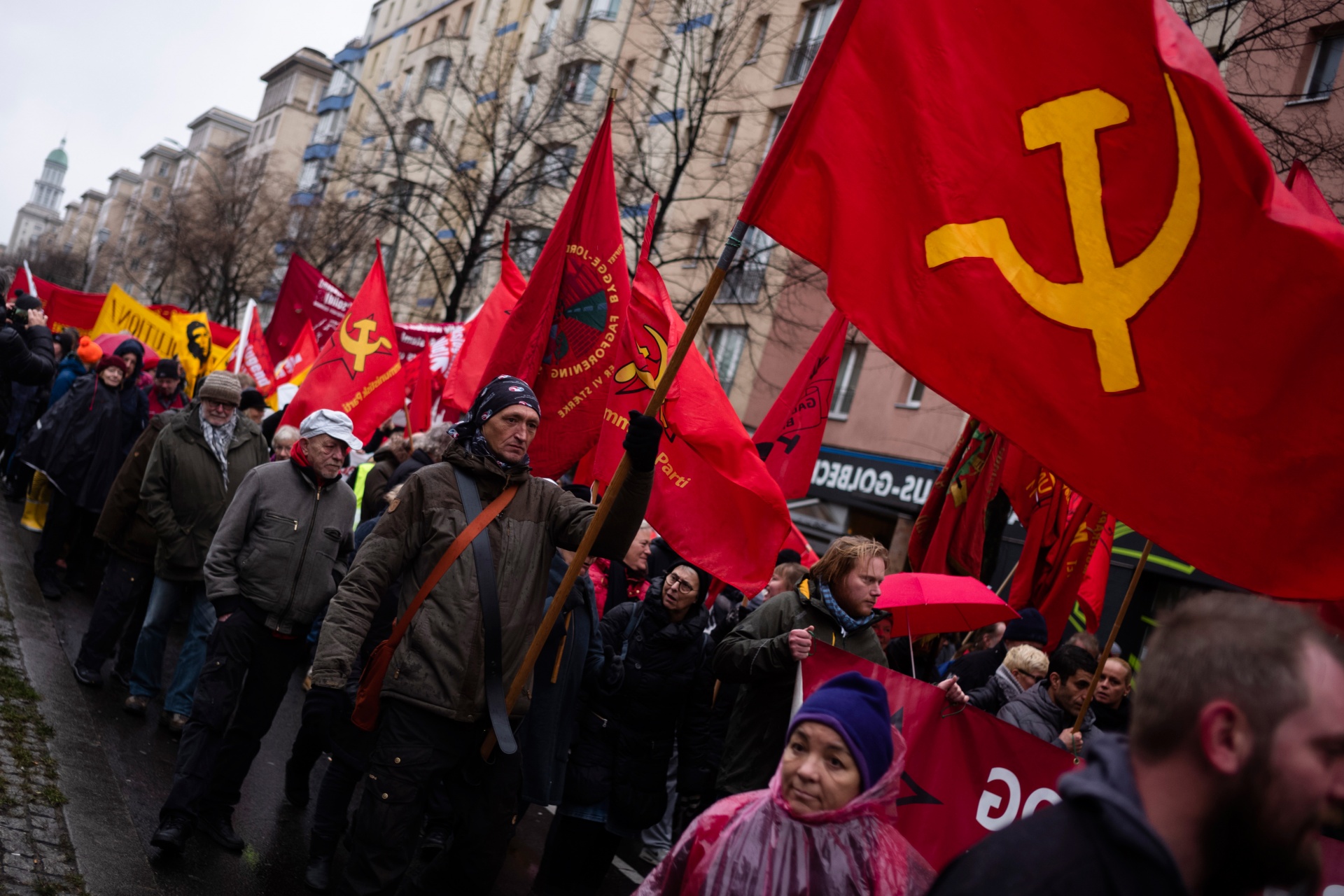 Look at your holiday euro bank note and see that it is signed by one Mario Draghi. He is the former Goldman Sachs partner and president of the ECB who argued that critics who question eurozone membership “vastly underestimate what the euro means for the Europeans, for the euro area. They vastly underestimate the political capital that has been invested in the euro.”

This is a man burdened by honours heaped upon him by the Italian and other EU states in recognition of his central role in propping up Europe’s banks in the aftermath of the 2008 crisis and in moving the EU further towards liberalised labour markets and a more complete monetary union.

This is the man whose notion of an homogenous European polity in which working people accept the hegemony of a neoliberal elite is in deep trouble.

This is a man who sees his efforts under threat when prime minister Giuseppe Conte said: “Europe is asking member countries for decisive measures to combat the health emergency effectively. And complained that “the job of the central bank should not be to hinder but to help such measures by creating favourable conditions for them.”

And Italian President Sergio Mattarella said Italy had a right to expect solidarity rather than obstacles from beyond its borders.
Meanwhile Italians have taken to their balconies to sing in unison and chant.

And in an opinion poll they were asked whether the EU had helped Italy. The response was “yes:” 4 per cent; “no:” 88 per cent, with just one in 12 without an opinion.

Asked if Italy’s membership of the EU was a good or bad thing, 47 per cent said “no” and 37 per cent “yes,” while the don’t-knows rose to one in eight.

We can reflect upon our own peculiarly British dimension to the coronavirus crisis and draw conclusions from the travails of the Italians, but the only convincing reference point for any analysis of where we are must be rooted in an examination of how the phenomenon we call globalisation and its associated economic and political processes provides a particular context for this public health crisis.

Consider the powerful drive by capital to constitute the global market as a single entity. We can see on a European scale how this has created increasingly irreconcilable contradictions that are producing political crises within the institutions that were created to manage the integration of markets.

The various conflicts over the character of trade treaties are another expression of the problems inherent in this process, as are the various asymmetrical wars that have scarred this century.
Many millions of people are beginning to act on the understanding that the serial crises that affect our lives are linked to the structural and systemic crisis of the capitalist system. 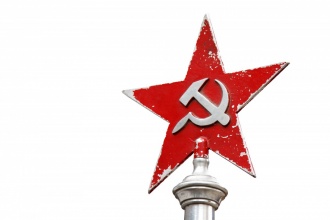 At the personal and family level, this is experienced as static or declining incomes, deepening inequality, the pauperisation of public services and the financialisation of every human interaction.
At a system level, the sudden shock experienced by stock markets was preceded by morbid signs for many months as the structural crisis deepened and, in the case of Britain, has produced a profound disruption of the bipartisan politics which New Labour, Tories and Lib Dems (and over most critical issues the nationalists and the Greens) have followed.

The Brexit referendum result and the quasi-Keynesian economic policy adopted by Johnson are one reflection of this, the rise and derailment of the Corbyn project another.

It is popular pressure and the initiative of the masses, driven by its collective wisdom, that is pushing our government into the kind of measures necessary to manage the coronavirus crisis.

Popular understanding that the full mobilisation of the nation’s resources must necessarilly negate the myriad of contractual obligations that enmesh us in financialised capitalism is growing alongside the understanding that private ownership cannot be allowed to impede our efforts to contain this virus.

Appropriating all private health resources, suspending rent, rate, energy and mortgage payments and guaranteeing income security combined with the state direction of food supply and mandatory changes in human behaviour and movement are increasingly the commonsense understanding of millions.

People draw conclusions from this and the understanding will grow that, beyond the mitigation of this particular problem, the solutions to the deeper problems that compromise the survival of our planet are not solvable without an end to the system of private ownership. 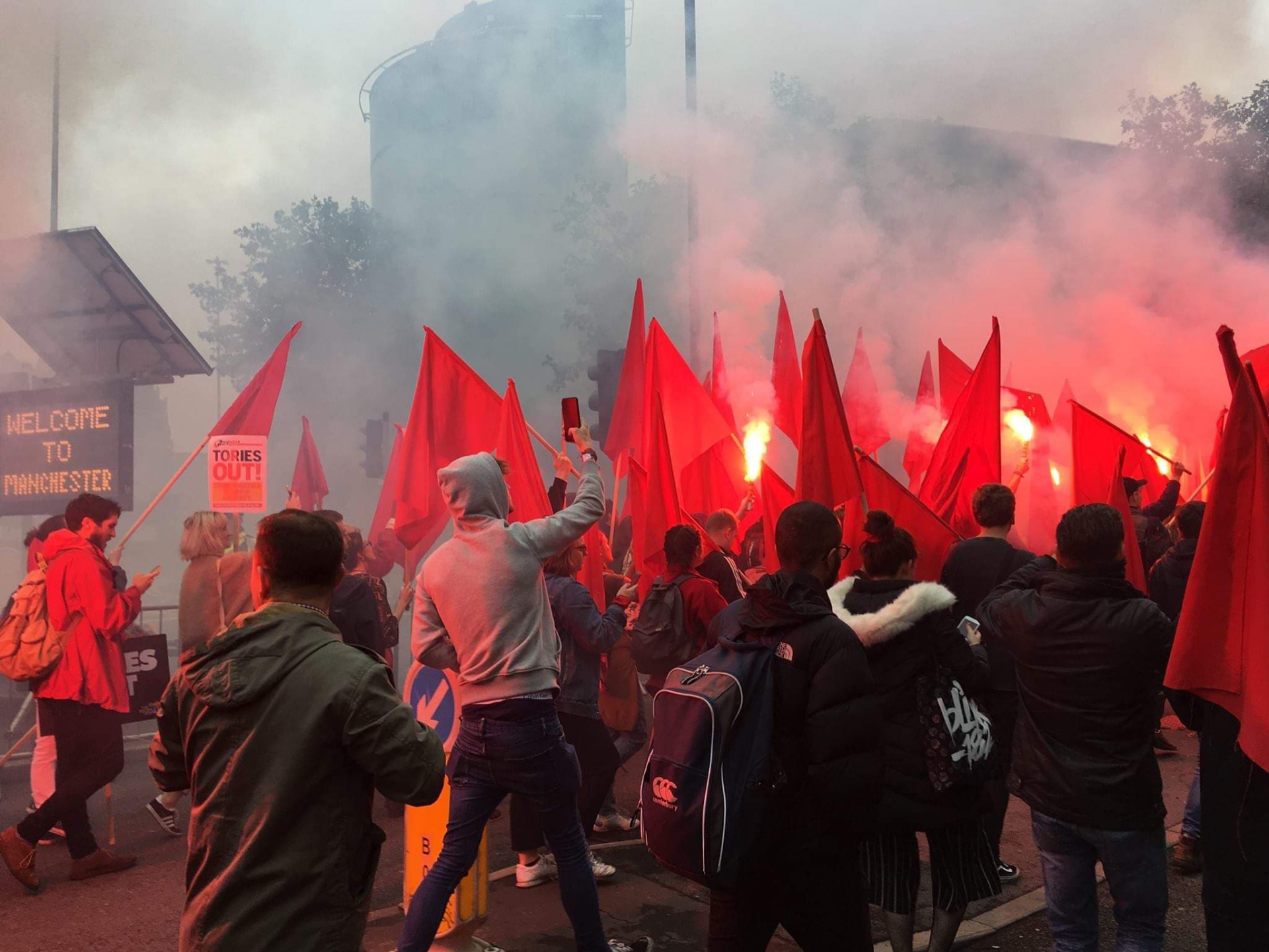 A tale of two countries

Why the slowdown in vaccinations?