Editorial: Pernicious life and death policies in the Mediterranean

Around 120 people were spotted attempting to cross the Mediterranean in this boat on Tuesday. All contact has been lost

EUROPEAN states are playing dangerous games in the Mediterranean.

These waters are the graveyard of many people from the Middle East and Africa.

These desperately poor people are today the playthings of reactionary Italian politicians and there is many a European Union functionary who will make pious noises about the chauvinist policies, racist language and general boorishness of Lega boss Matteo Salvini.

But today’s real-life and death policies of the EU are just as pernicious as those of any of the right-wing demagogues who make political capital out of the migrant and refugee wave that seeks entry to the precarious security and low-paid work of capitalist Europe.

The people who first land on Greek, Maltese or Italian shores are in many cases fleeing war or climate catastrophe on the African continent.

We can easily divine the basic causes of the interminable strife that affects these lands.

It is not only due to the catastrophic effects of the Western wars on Iraq, Libya, Syria and Afghanistan.

Plenty more is conditioned by the bizarre territorial boundaries and regional rivalries which owe many of their origins to the division and redivision of the lands of the Ottoman empire defeated in the first world war.

The resurgence of Turkey as a regional power is one factor in these new conflicts but the basic cause lies in the heritage of colonial rule and the present-day realties of imperialist war, plunder, subversion and sanctions.

And the structural problems of the African economies are more a manifestation of a climate crisis made in the West than of any home-grown problems.

Refugees and migrant workers aim for the countries of Europe because this is where the fruits of centuries of exploitation are embedded in their more highly developed economies.

But they also head this way because, in many cases, they speak the languages of their former colonial overlords.

Those who avoid a watery grave make their way through one state or another — each glad to speed them on their way — unless, for example like Angela Merkel’s Germany, they have a particular labour market shortage to fill.

Those who finish up at Calais are there because they speak English, have relatives here or can access support networks of various kinds.

The reactionary right — the bourgeois Brexiteers who cloaked their racism in the opaque language of sovereignty — are more contemptuous of the human rights of refugees than even the hypocritical EU apparatchiks who devised the Fortress Europe migration regime which necessarily entails dead children on the beaches of Greece.

And Boris Johnson and his calamitous collection of ministers are quite happy to support the subsidy which has turned the Libyan coastguard into a protection racket for the racist slave holders who presently compete for power in a land which once provided secure employment and rising living standards but now is a bomb-site.

Recollect it was David Cameron’s missile-borne alliance with Hillary Clinton that bombed oil-rich Libya into penury.

British taxpayer pounds, along with EU euros, furnish the barbed wire that tops the fence which Turkey maintains as a lucrative service to the racist migration policies that our government shares with the EU.

The resolution of the refugee and migration crisis is impossible without an end to the exploitation of the lands south and east of the Mediterranean.

It requires a transformation of the political climate and the foreign policies of the European states.

A few months ago we had the prospect of a government committed to an ethical foreign policy that might have made Britain a pioneering peacemaker. It seems like another age. 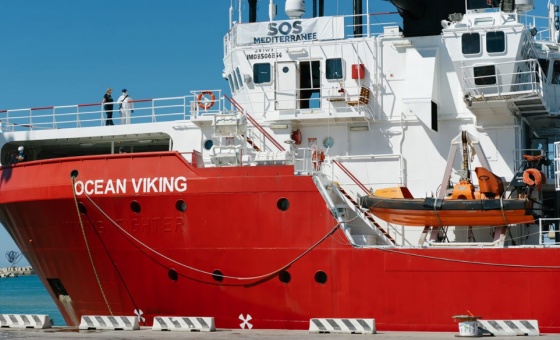