JEREMY CORBYN’S use of Prime Minister’s Questions on International Workers’ Day to skewer the government’s broken promises on “burning injustices” was apt.

Theresa May’s empty boasting of her government’s alleged achievements on health and education will leave the public and the workers who deliver healthcare and schooling aghast.

The NHS faces a funding and staffing crisis that worsens each year.

The national funding formula forced on schools last year left almost all schools worse off in real terms while the National Education Union revealed earlier this year that a quarter of primaries and a sixth of secondaries had not even had the cash increase promised by government.

With people across most of England voting in local elections tomorrow Labour is correct to emphasise that whatever differences its supporters may have over Brexit there are urgent reasons to force the Tories from office.

Nine years of Tory-led government have led to catastrophic increases in poverty and inequality.

For all this week’s findings by the Social Mobility Commission that inequality is entrenched in Britain “from birth to work,” a problem it said required “urgent action” from government, reports like these risk becoming window-dressing unless the causes of inequality are exposed.

May’s claim to want “everyone to have the opportunity to reach their potential” doesn’t ring true from the architect of the “hostile environment” for immigrants and British citizens of the wrong background or from a government that cuts child benefit for families with more than two kids or maintains a punitive and humiliating benefits system designed to catch people out rather than help them.

But even if she believed it, no government committed to capitalism could be in a position to address inequality.

The figures quoted by shadow justice secretary Richard Burgon in his article today illustrating the ever-increasing share of the wealth appropriated by the richest 0.1 and 1 per cent are not accidents but predictable developments of a monopoly capitalist model that concentrates wealth in fewer and fewer hands.

The right’s concept of “social mobility” is no solution at all, since it is predicated on a handful of individuals breaking away from the class they were born into and “making it” through some combination of talent and hard work (or, more cynical observers might venture, brown-nosing and selling out one’s peers).

The Blairite language of “aspiration” — and the still common accusation that socialists are opposed to this lofty concept — rests on the idea that aspiration is an individual’s desire to do better than others. But it is rather more aspirational to fight for a society in which everyone has what they need to flourish.

That means replacing the goal of “social mobility” defined as escape from one’s origins with one of collective empowerment and liberation, ultimately through abolition of the class system itself.

It is not absurdly ambitious to start articulating this clearly. In a Newsnight series launched this week to mark 40 years since Margaret Thatcher came to power, the one point that shadow chancellor John McDonnell and the Tory Chief Secretary to the Treasury Liz Truss agreed on was that Britain is ready for radical change.

“I do think there is something happening, something big. Politics is now debating ideas again from first principles. We went through a few years — the Blair years, the Cameron years — where it was all about managerial politics … now we are having a more fundamental debate about our economy,” Truss admitted.

Her subsequent contradictory waffle about higher taxes meaning less money being available to invest showed that the Tories are woefully unprepared for this “fundamental debate” and totally incapable of offering anything other than the tired Thatcherite pieties of the last four decades.

Britain needs revolutionary change. Labour is promising it. But we have work to do on developing and spreading the socialist understanding that must underpin a mass movement to deliver it. 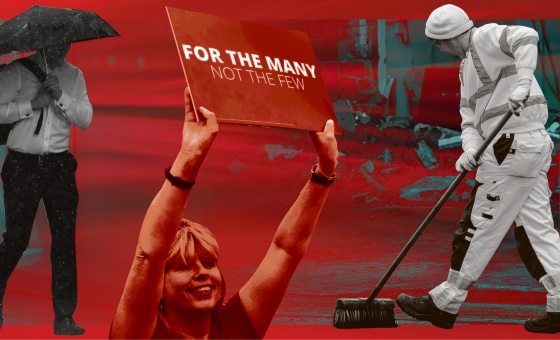 Zoom under fire over security concerns