Anti-racists won't let may off the hook over Windrush scandal

A PROTEST erupted in Parliament Square yesterday to demand justice for those affected by the Windrush scandal following the resignation of home secretary Amber Rudd. 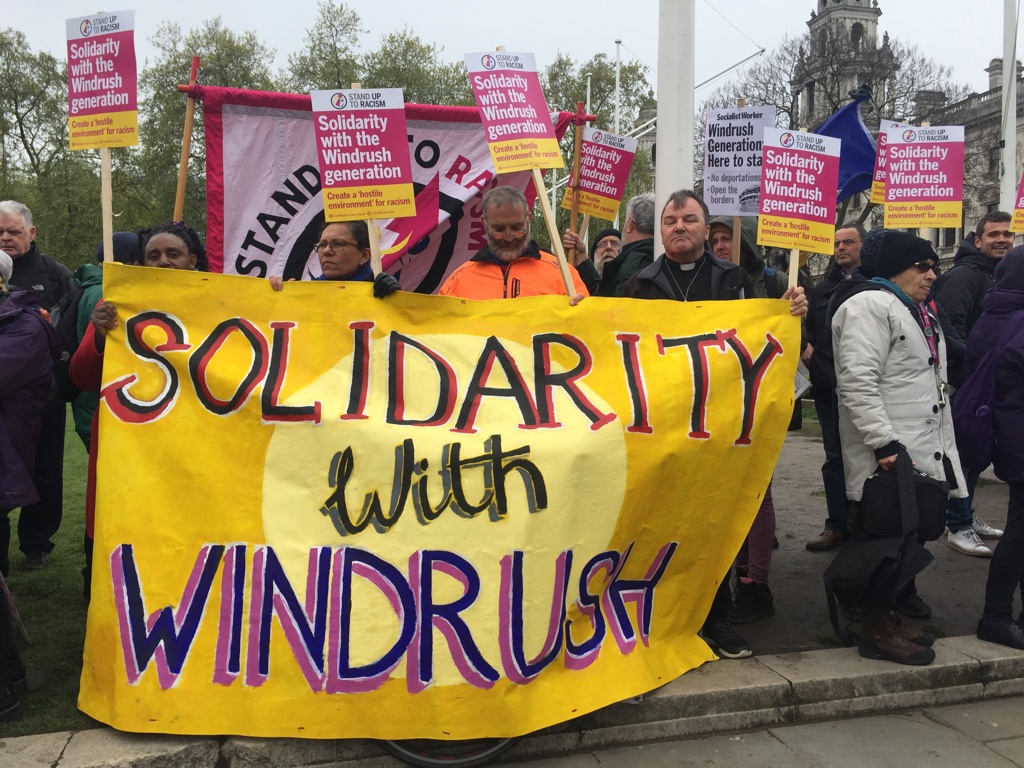 The demonstration, organised by Stand Up To Racism, coincided with a parliamentary debate on a petition with over 170,000 signatures calling for amnesty for the Windrush generation.

Harold, a speaker at the demo, told the crowd he came from Jamaica in 1987 and that he lost his passport 20 years ago.

He said: “Since then I have been writing to the Home Office. It said it doesn't have any proof of my right to stay.

“My local MP wrote to the Home Office and it said it had destroyed my file.

“I have been stuck in this country — a relative died in Jamaica and I have been unable to even attend their funeral. It affected me so much.

“I worked as a builder and I’m hurt that the government is telling me lies upon lies while I have spent my money on solicitors over the years.

“Let’s stand up for our rights and show it that we know our rights. We have built this country and worked very hard for this country.”

Tottenham MP Mr Lammy said the hostile environment exists for a "particular type of person that is much bigger than Windrush.

"It is the story of asking landlords, doctors and teachers to police people on who they want to serve and support.

"It is the story of keeping young people from attending university because you charge them fees as if they were overseas students despite having education in this country.

"It's the story of Yarl’s Wood. That's what my office sees every single week."

Mr Moraes said: "In fighting for justice for the Windrush generation we should also remember that other waves of British citizens have and will be affected by UK immigration control.

"In fighting for Windrush we fight to change a system which gave us deportation, removal and detention targets and divided black and Asian British families over decades.

"Windrush is not a one-off. It is a wake-up call to tackle racially discriminatory immigration rules and practices targeting us and our families for many years.”

Stand Up To Racism's Sabby Dhalu and Weyman Bennett have both said Ms May must take responsibility for the policies that she put in place as Home Secretary and follow Ms Rudd out of Parliament.

Mr Bennett said: "Amber Rudd's resignation is a victory for all those who opposed this government's racism.

"My family came with the Windrush. They worked all their lives in the NHS and in public services only for their generation to be treated with disgraceful inhumanity.

A national demonstration is also set to take place this Saturday May 5 at 2pm outside Downing Street.

London Marathon to go ahead this year, organisers claim

Lords pass ‘Spycops Bill’ despite last-ditch bid to halt it

Key workers and BAME communities should have a priority for Covid jab, says Labour